"The Navy has an extraordinarily compelling interest in maintaining strategic and operational control over the assignment and deployment of all Special Warfare personnel." 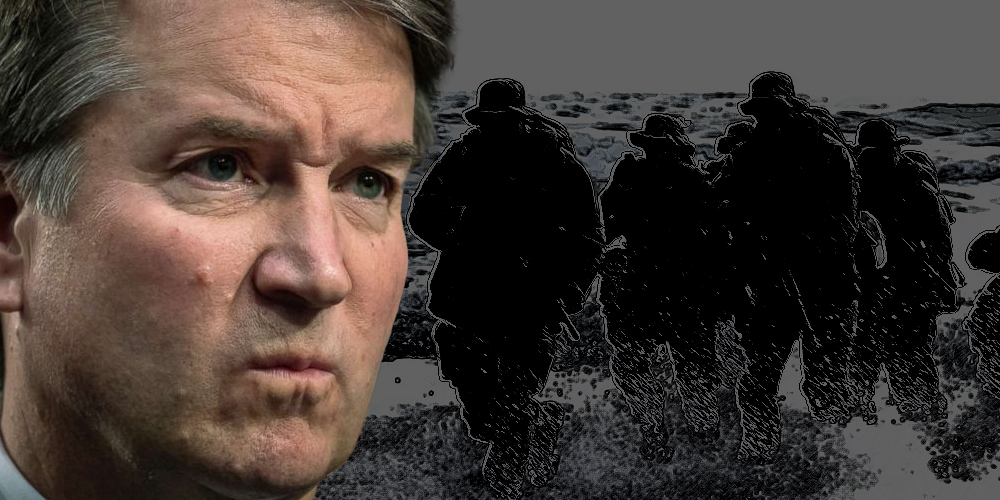 The Supreme Court sided with the Biden administration when it ruled Friday that the Navy is allowed to consider vaccination status in deciding deployments or assignments for unvaccinated SEALS and other special operations personnel.

The majority of SCOTUS believes the US military has the authority to refuse the deployment of unvaccinated service members, while the dissenting opinion argues that the court decision will relegate soldiers in those cases to paper-pushing and desk duties.

It was a six-to-three decision that had Justices Samuel Alito Jr., Neil Gorsuch, and Clarence Thomas in the dissenting camp.

Justice Brett Kavanaugh's opinion brings up the military's capacity to make their own decisions for the sake of national defense.

"The Navy has an extraordinarily compelling interest in maintaining strategic and operational control over the assignment and deployment of all Special Warfare personnel — including control over decisions about military readiness," he wrote.

As for the dissenting opinion authored by Alito, and joined by Gorsuch, they believe "the Court does a great injustice to the 35 respondents—Navy Seals and others in the Naval Special Warfare community—who have volunteered to undertake demanding and hazardous duties to defend our country. These individuals appear to have been treated shabbily by the Navy, and the Court brushes all that aside."

Alito further wrote that the justices might've backed a ruling that was narrower in scope, more specific to the needs of Navy duties where being protected against COVID-19 is deemed appropriately necessary for the safety and success of operational work. "It appears that the Court's order allows the Navy to use respondents’ unvaccinated status as a reason for directing them to perform whatever duties or functions the Navy wants, including sitting alone in a room pushing paper or reading manuals for the duration of the appellate process," he added.

The Department of Defense under the Biden administration moved to require COVID-19 vaccines for active-duty military members in August 2021.

Leaked documents shared with The Post Millennial last October revealed the all-or-nothing approach that the Navy branch of the US military took to COVID-19 vaccine mandates as a condition of employment.

Fast forward to January 2022 and US District Judge Reed O'Connor gave a temporary injunction to the 26 Navy SEALS and the nine other Navy service members on religious grounds. "There is no COVID-19 exception to the First Amendment. There is no military exclusion from our Constitution," the judge said.

The injunction blocked the Defense Department from punishing Navy sailors who refused to take the vaccine. The 35 Navy members were all either Catholic, Eastern Orthodox, or Protestant, and stood against the COVID-19 jab for abortion-related reasons alongside other foundations of their faith.

It was at the beginning of March that the US Fifth Circuit Court of Appeals in New Orleans upheld O'Connor’s ruling. This is what in turn led the Biden administration asking for emergency relief from the Supreme Court to stay that decision.

Earlier this year, SCOTUS blocked the Biden administration's sweeping COVID-19 vaccine mandate for large businesses that he attempted to push through OSHA to enact. A majority of justices believed it was beyond the White House's authority and scope to take such an approach in the first place.