"During three terms in the U.S. House, and now in the Senate, Kyrsten has always promised Arizonans she would be an independent voice for the state -- not for either political party," Sinema's office said. "She's delivered for Arizonans and has always been honest about where she stands." 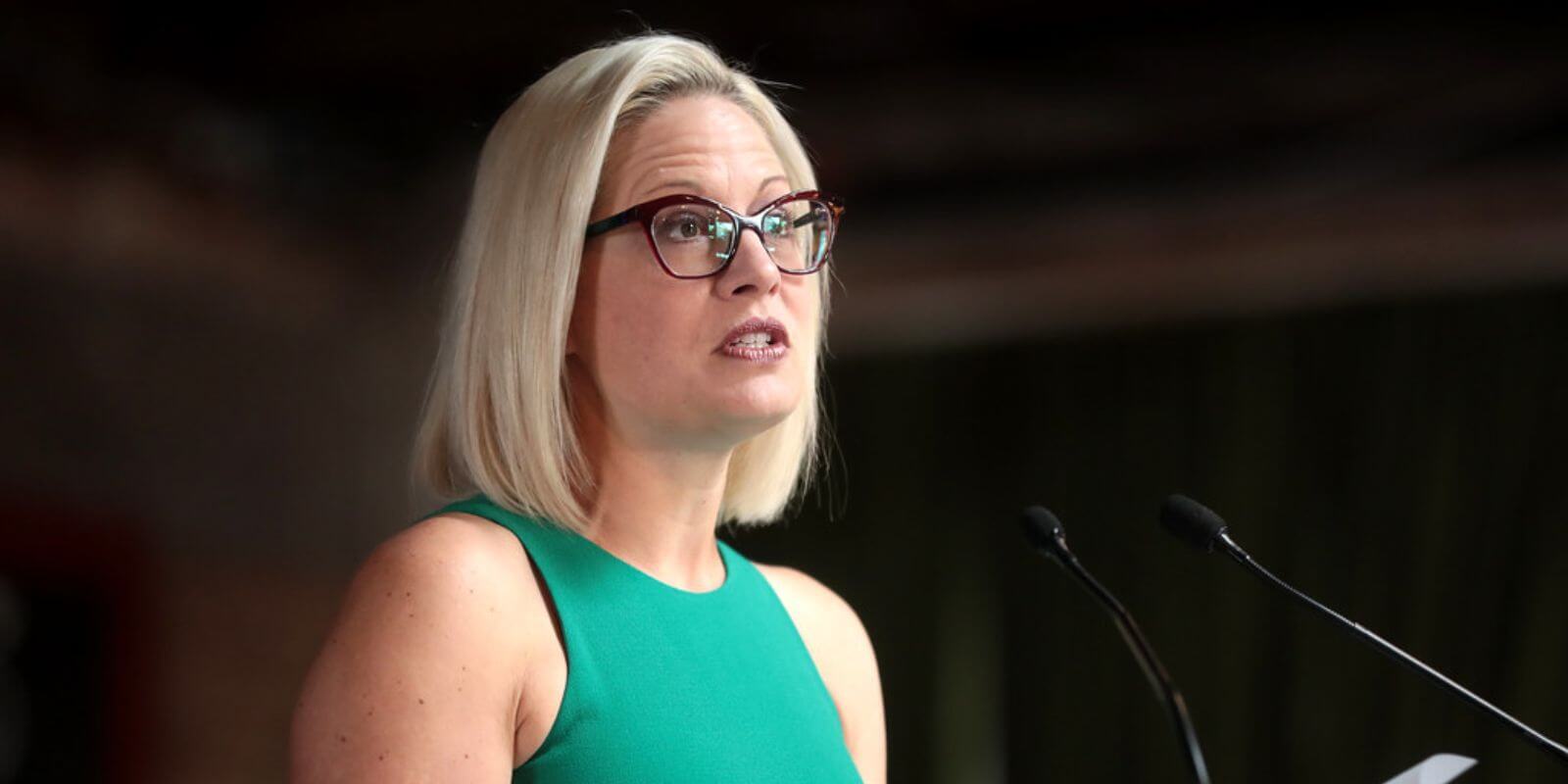 The executive board of the Arizona Democratic Party voted Saturday to censure Sen. Kyrsten Sinema (D-AZ) over her pro-filibuster vote this week

By opposing the change to the Senate filibuster, Sinema, along with Sen. Joe Manchin (D-WV) and the Senate GOP, prevented Senate Democrats from advancing the Biden administration's "voting rights" agenda.

"I want to be clear, the Arizona Democratic Party is a diverse coalition with plenty of room for policy disagreements, however on the matter of the filibuster and the urgency to protect voting rights, we have been crystal clear," Arizona Democratic Party Chair Raquel Terán said in a statement, also alleging that Republicans in Arizona and nationwide have attempted to restrict voter access. "In the choice between an archaic legislative norm and protecting Arizonans' right to vote, we choose the latter, and we always will," the progressive party chair added.

"While we take no pleasure in this announcement, the ADP Executive Board has decided to formally censure Senator Sinema as a result of her failure to do whatever it takes to ensure the health of our democracy," Terán stated.

Sinema spokesperson Hanna Hurley responded: "During three terms in the U.S. House, and now in the Senate, Kyrsten has always promised Arizonans she would be an independent voice for the state -- not for either political party."

"She's delivered for Arizonans and has always been honest about where she stands," the senator's office declared to Fox News, noting Sinema made clear that preserving the 60-vote threshold was vital to protect against wild policy swings.

During an impassioned speech on the Senate floor last week, Sinema said she could not break the filibuster, maintaining that the 60-vote threshold is necessary to foster bipartisanship in the nation. "[W]hile I continue to support these bills, I will not support separate actions that worsen the underlying disease of division affecting our country," said Sinema, who's considered an unapologetic moderate.

The public rebuke over the weekend is the result of a resolution Arizona Democratic Party state committee members passed in the fall that authorized the executive board to censure Sinema if she chose to protect the filibuster and block "voting rights" legislation. Sinema and Manchin have made recent headlines for opposing the Democratic establishment on several key party issues.

Sinema has been stalked and accosted by left-wing activists and DACA protesters while some mainstream media outlets have supported the incessant harassment.