It was just a year ago that King was calling for statues to be pulled down in the name of social justice, proclaiming fully that the tearing down of statues as a form of political speech. 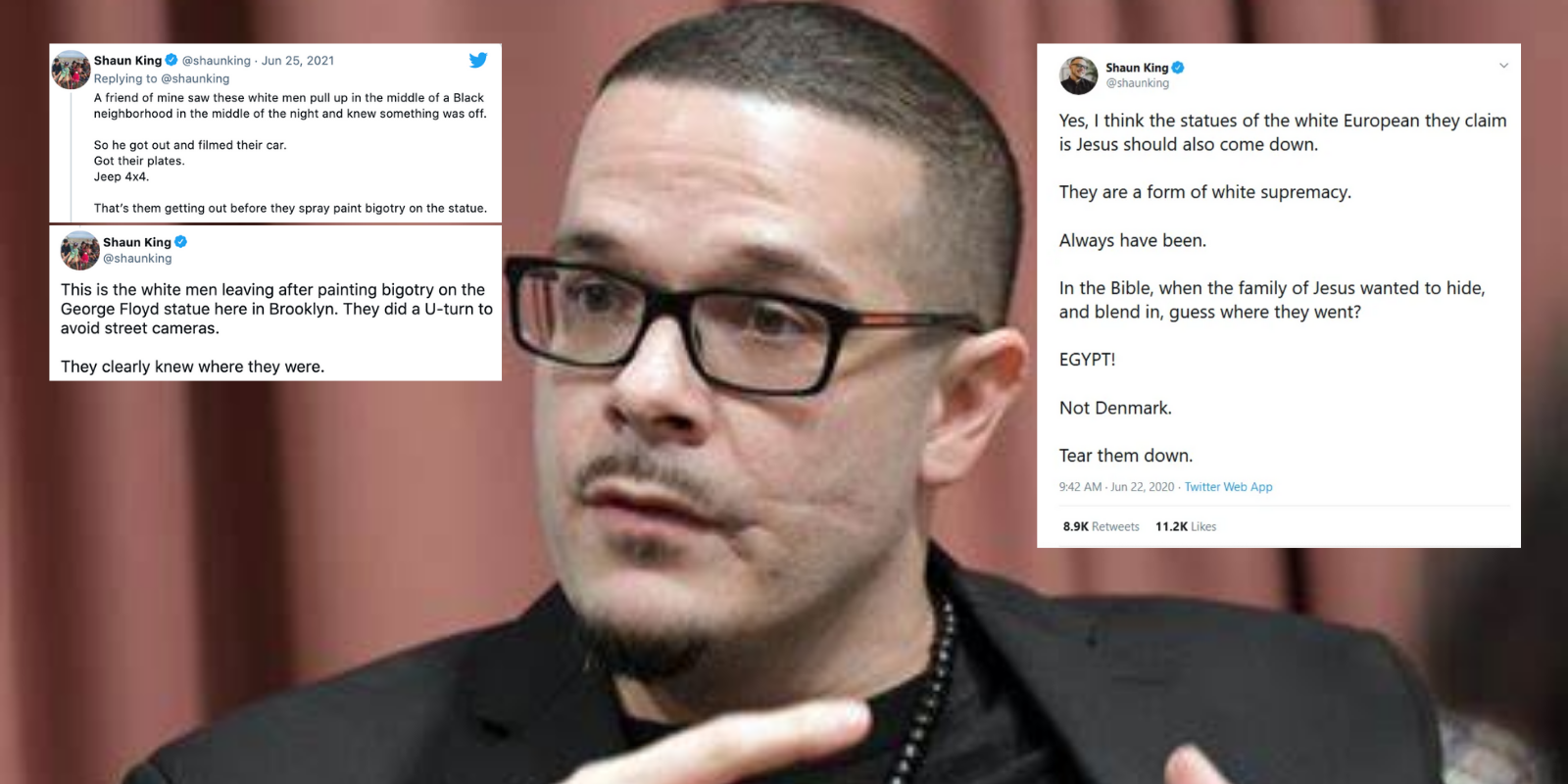 It was just a year ago that King was calling for statues to be pulled down in the name of social justice, proclaiming fully that the tearing down of statues as a form of political speech was a necessary and laudable act.

Now that the spray paint is being used by his political opposition, King is using his Twitter reach to attempt to find those who spray painted George Floyd's Brooklyn bust and bring them to justice, likely with those same police he sought to defund.

He shared police video, along with his notation of the license plate number. He posted footage from his friend, who "saw these white men pull up in the middle of a Black neighborhood in the middle of the night and knew something was off."

King doesn't believe that this vandalism was part of a right to free speech at all, it seems. But a year ago, he called for the destruction of statues of "white Jesus."

What King said was that he thinks statues of "the white European they claim is Jesus" to be torn down because "they are a form of white supremacy" and they "always have been."

One year ago, King called for the same kind of political action that he now wants to be prosecuted.