On the club's website, it is stated that "all guests must be 21+ with a valid ID" — a rule that was apparently not followed the day of the field trip. 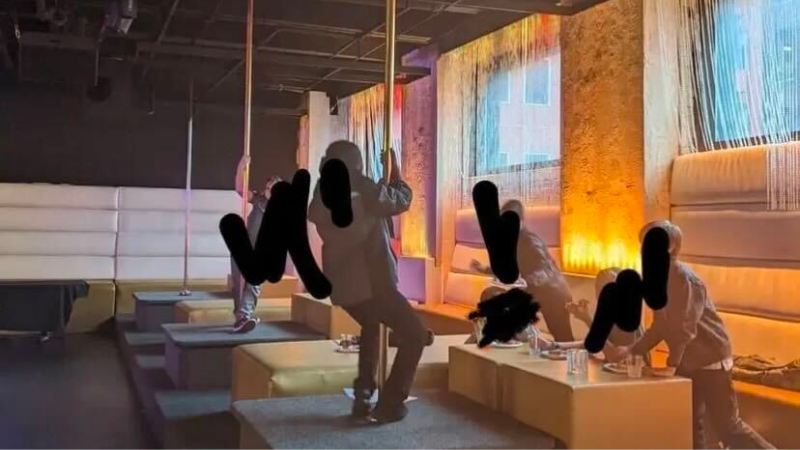 According to the blog of Rochester Community School Trustee Andrew Weaver, a November field trip from the school district's Hart Middle School to the Detroit Symphony Orchestra somehow resulted in sixth graders being taken to a club when space ran out at the connected pizza restaurant.

Attached to the post were the images of children dancing on the poles, which made rounds on Twitter after being shared by Libs of TikTok, who said the district has "reportedly refused to address it."

According to Downtown Detroit Bars, Niki's Lounge "is one of the hottest nightspots in Greektown and in all of Detroit." On the club's website, it is stated that "all guests must be 21+ with a valid ID" — a rule that was apparently not followed the day of the field trip.

The dress code displayed on the site is described as "Grown and Sexy."

"I don't know what's more disturbing; that RCS took a group of 6th graders on a school sponsored field trip to a gentlemen's club complete with stripper poles, or the fact that there are parents out there that see nothing wrong with this and are defending the decision," wrote one concerned commenter on the original Facebook post.

RCS executive director of strategic communication Lori Grein told the Daily Caller that the district "did not take students on a field trip to an eatery attached to a 'strip club.'"

"Proposed field trips are evaluated by a curriculum team and require a parental/guardian permission slip. RCS may ask parents, caregivers, or other responsible adults to serve as field trip chaperones when appropriate. Adult chaperones are required to complete background checks," she said. "The safety and security of our students, staff and school community is always our priority."

Agatha Kefallinos, the owner of Niki's Pizza and Niki's Lounge, told the outlet that the school was told when the reservation was made that they would have to be seated in the upstairs club area.

However, according to Kefallinos, the poles the students were dancing on are not stripper poles, "and have never been used for that purpose," and instead called them "part of the decorations."
ADVERTISEMENT
ADVERTISEMENT
rochester students