"I have 180 days to turn them [students] into revolutionaries … Scare the f— out of them." 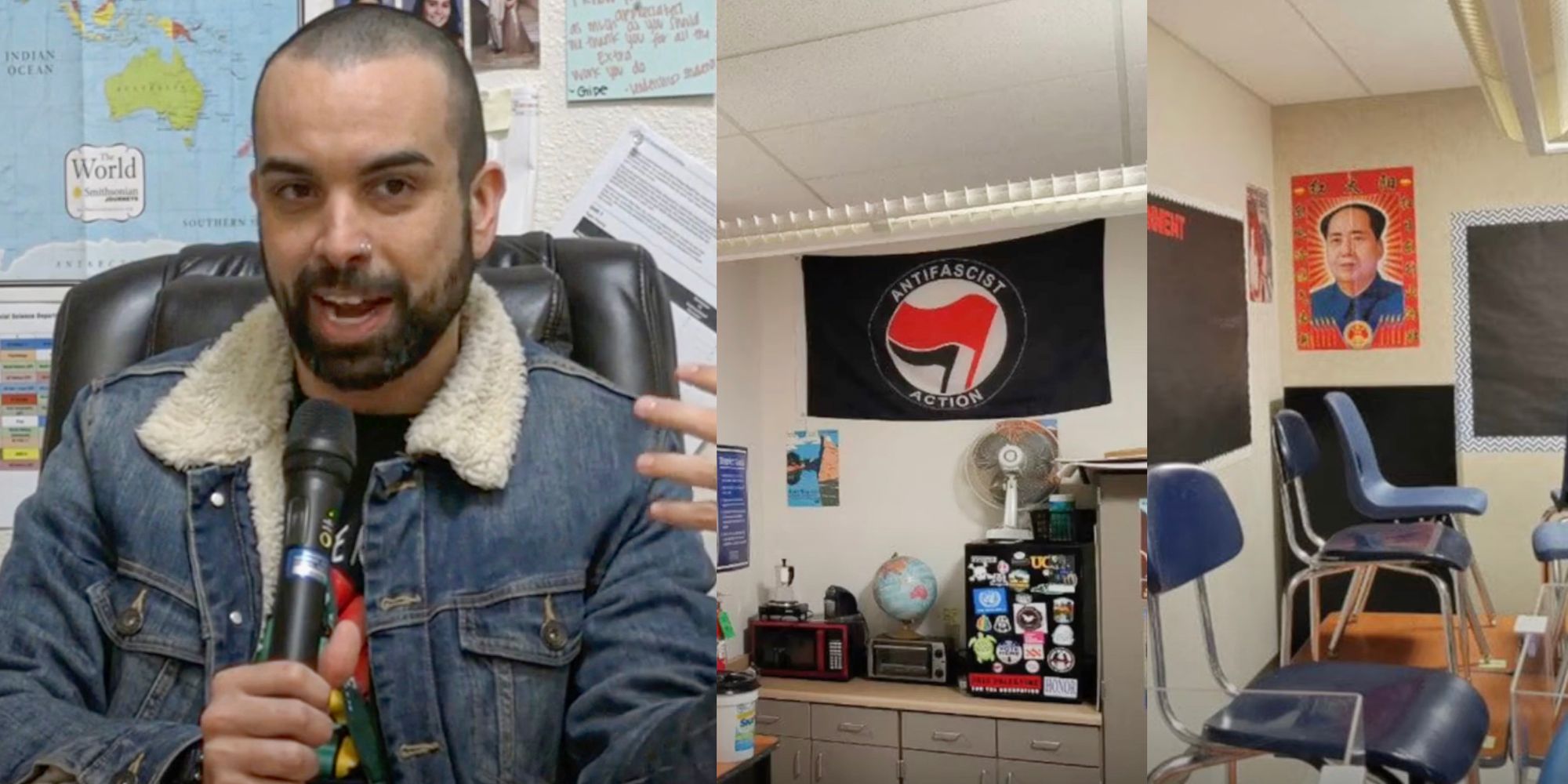 In a Project Veritas report released on Tuesday, they expose Inderkum High School AP government teacher Gabriel Gipe for politically indoctrinating students, and stating that he is turning his students into "revolutionaries."

In an undercover interview with a Project Veritas reporter, Gipe revealed that his intention is to radicalize students with Marxist ideas, giving extra credit for students that go to protests and "community events."

"I have 180 days to turn them [students] into revolutionaries … Scare the f— out of them," said Gipe in the undercover footage filmed by Project Veritas.

"I post a calendar every week … I've had students show up for protests, community events, tabling, food distribution, all sorts of things … When they go, they take pictures, write up a reflection—that's their extra credit," he added.

Gipe revealed that he indexes students' political standings throughout the year, and watches as the class inches further left. "So, they take an ideology quiz and I put [the results] on the [classroom] wall. Every year, they get further and further left … I'm like, 'These ideologies are considered extreme, right? Extreme times breed extreme ideologies.' Right? There is a reason why Generation Z, these kids, are becoming further and further left," said Gipe.

Gipe said that a student had anonymously stated on an end of year questionnaire that the Antifa flag in Gipe's classroom made him uncomfortable.

"Like, why aren't people just taking up arms? Like why can't we, you know — take up arms against the state? We have historical examples of that happening, and them getting crushed and being martyrs for a cause and it's like — okay well, it's slow going because it takes a massive amount of organization," Gipe said.

Gipe also added that a "two-pronged system" is needed to overhaul the government, unlike the Chinese Cultural Revolution.

"You need a two-pronged system, which is exactly what Huey Newton and Fred Hampton [Black Panther Party] understood. You need propaganda of the deed—your economics—and cultural propaganda —as well. You need to retrain the way people think. So, the Cultural Revolution in the 60s was fixing the problem that came about after the economic one," Gipe said.

"What can we do now to root out this culture that keeps perpetuating hyper-individualism, hyper-competitiveness, capitalist exploitation and consolidation of wealth … I do think that it's important to understand that as an extension of an economic revolution, they [Chinese Communist Party] were changing the base, and then they went to change the superstructure," Gipe added.

"You cannot change one without the other. You can't have cultural shifts without the economic shift, and vice versa," Gipe said.

Gipe said that he is not the only teacher with these beliefs, noting that three other teachers hold similar views. "There are three other teachers in my department that I did my credential program with—and they're rad. They're great people. They're definitely on the same page," Gipe stated.

Natomas Unified School District said via press statement it is aware of the investigative Project Veritas video and that parents as well as Natomas community members have expressed concern over the footage's content.

The school district said it will look into the matter and "take any appropriate actions as necessary." Natomas Unified also pointed to district policy, which explicitly states: "Whenever civic education includes topics that may be controversial due to political beliefs or other influences, instruction shall be presented in a balanced manner that does not promote any particular viewpoint."

The district claimed that a number of emails have come in from outside the  community that express hate and threats. "There is sad irony in that outsiders are expressing displeasure towards the individual teacher while also using intense vulgarity, hate speech and threats of violence," Natomas Unified said.