"Due to unexpected staff availability tonight, the FAA must reduce the flow of aircraft around New York City to maintain safety." 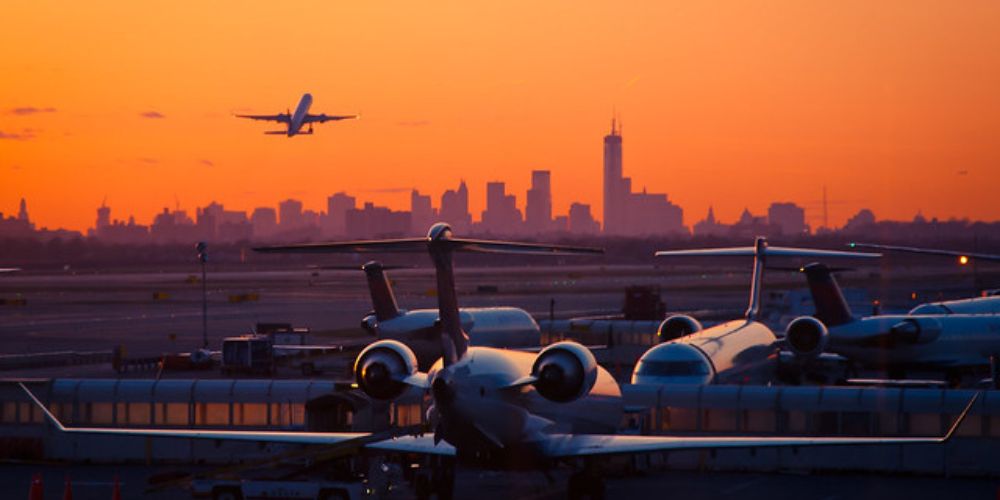 All three major tri-state area airports faced delays Monday night due to "the availability of staff."

At approximately 5 pm, the Federal Aviation Administration (FAA) posted on Facebook, "Due to the availability of staff tonight, the FAA must reduce the flow of aircraft in certain airspace serving New York City to maintain safety. Departure and arrival delays this evening could approach two hours at John F. Kennedy International Airport - JFK, LaGuardia Airport and Newark Liberty International Airport - EWR airports," and warned passengers to prepare for delays.

The FAA also warned in a tweet that delays could be around two hours at JFK Airport, LaGuardia Airport, and Newark Airport and blamed "unexpected staff availability."

"Due to unexpected staff availability tonight, the FAA must reduce the flow of aircraft around New York City to maintain safety. Evening delays maybe 2 hrs at @JFKairport, @LGAairport & EWRairport. Check fly.faa.gov for updates and w/ your airline for flight info."

Almost four hours later, the FAA announced in a follow-up tweet, "New York City airspace now has some additional staffing" allowing for ground delays to be called off at JFK and Newark.

The FAA and airlines have blamed each other for flight delays and cancellations all summer with many of the airlines pointing the finger at a flight-control center in Jacksonville, Florida, where the FAA has promised to increase staffing.

Nick Calio, president of Airlines for America, wrote a letter to Transportation Secretary Pete Buttigieg in June regarding the staffing shortages at the FAA.

"One of our A4A member carriers estimate that air traffic control (ATC) related issues were a factor in at least one-third of recent cancellations. In many instances the weather requires the Federal Aviation Administration (FAA) to institute Ground Delay Programs (GDP) or other traffic management initiatives that slow the ATC system for many hours. However, we have also observed that FAA ATC staffing challenges have led to traffic restrictions under blue sky conditions."