Joshua M. Steele had been released from jail just hours before allegedly participating in the riot. 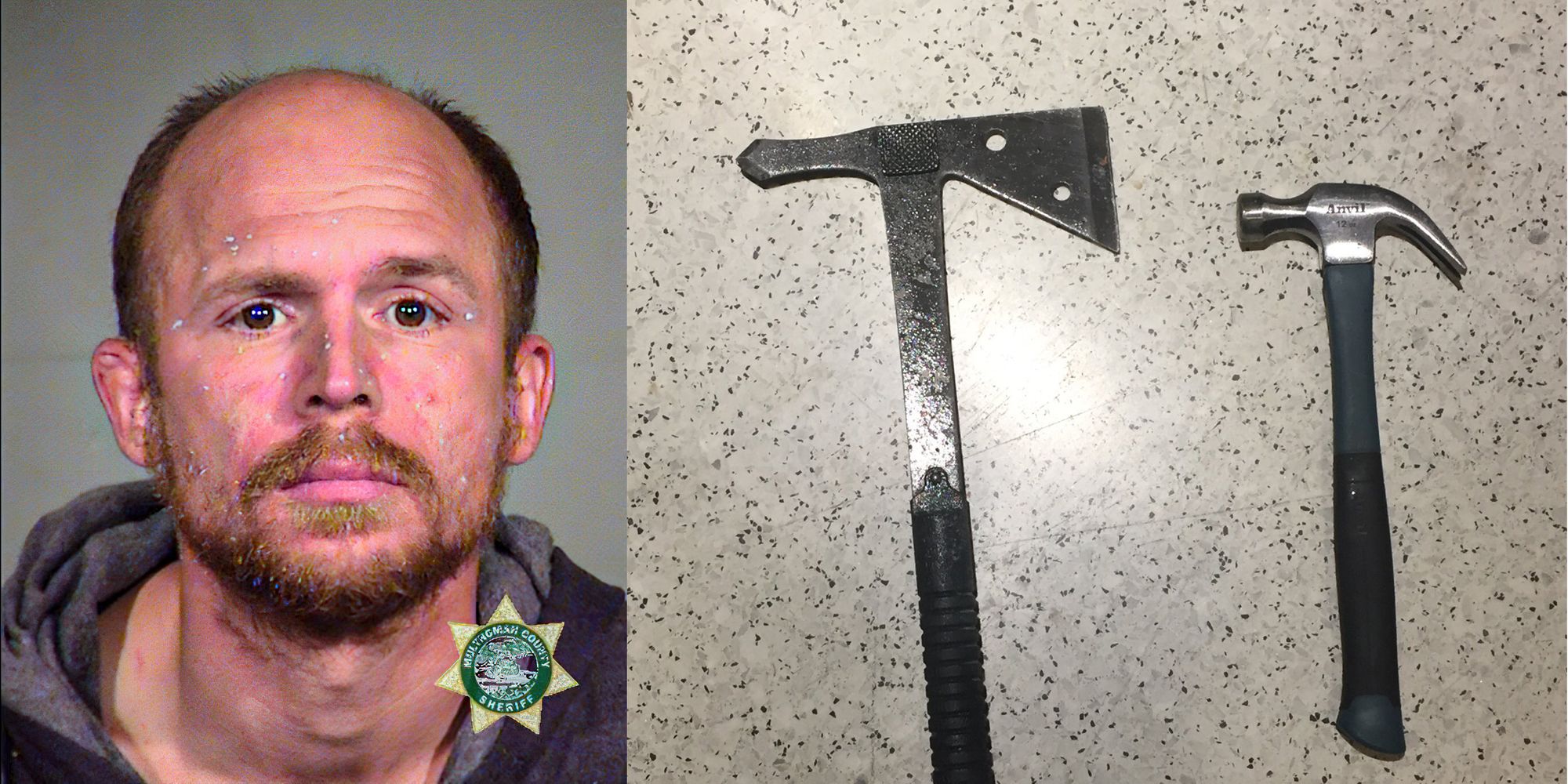 Police only arrested three suspects at the New Year’s Eve riot in downtown Portland where over a hundred Antifa militants came armed with explosives, Molotov cocktails, hammers and hatchets. One of the suspects had been released from jail just hours before allegedly participating in the riot.

33-year-old Joshua M. Steele was taken into the Multnomah County Detention Center on felony second-degree burglary and felony first-degree theft charges. He was filmed at the riot charging through a line of officers and later holding a hatchet. He had been arrested and released earlier the same day for a trespassing offense. And on Dec. 28, he was arrested for felony unauthorized use of a vehicle and felony possession of a stolen vehicle. He was quickly released without bail. Steele also attended the Antifa Soccer League games the night before the riot in downtown Portland.

20-year-old Daniel Wuanti, of Portland, was criminally cited for interfering with a peace officer and second-degree disorderly conduct. He was immediately released because of an alleged medical emergency.

An unnamed 15-year-old male juvenile, of Vernonia, Ore., was booked and charged with second-degree burglary, riot, interfering with a peace officer, and for a warrant for sexual assault.

On the evening of Dec. 31, Antifa black bloc and other far-left extremists tried unsuccessfully to break inside the Justice Center using hammers. The facility houses the county jail and the Sheriff’s Office. Antifa then started fires outside the Mark O. Hatfield federal courthouse, prompting federal officers to respond. Shocking video recorded at the riot showed Antifa hurling explosive mortars and glass bottles at police, who were forced to retreat. Police citywide were pulled from answering emergency calls to respond to the riot. The city is already suffering from a shortage of officer in the Portland Police Bureaus due to resignations and early retirements.

Several officers were hit with paint balloons that are believed to have been laced with a caustic substance which caused a burning sensation on skin.

Following the violence outside the courthouse, Antifa proceeded to smash-up and loot local businesses in the nearby area. Two Starbucks locations were ransacked. The Portland Wine Company was broken into and looted clean. Vandals shattered the glass on numerous other businesses. The riot was preceded by a previous  night of attacks on downtown businesses by Antifa.

Following the two nights of rioting, Portland Mayor Ted Wheeler stated in his New Year’s Day address that his efforts to “de-escalate” and compromise with Antifa have failed to quell the violence. He condemned the violent extremist movement by name and called for greater cooperation between different law enforcement agencies.

Antifa have been carrying out acts of carnage on the streets of Portland since Donald Trump came into office in early 2017 but the violence escalated in 2020 with more than six months of nightly and then weekly violence. There have been more than 1000 riot-related arrests but around 90 percent of the cases have been dropped by the prosecutor.