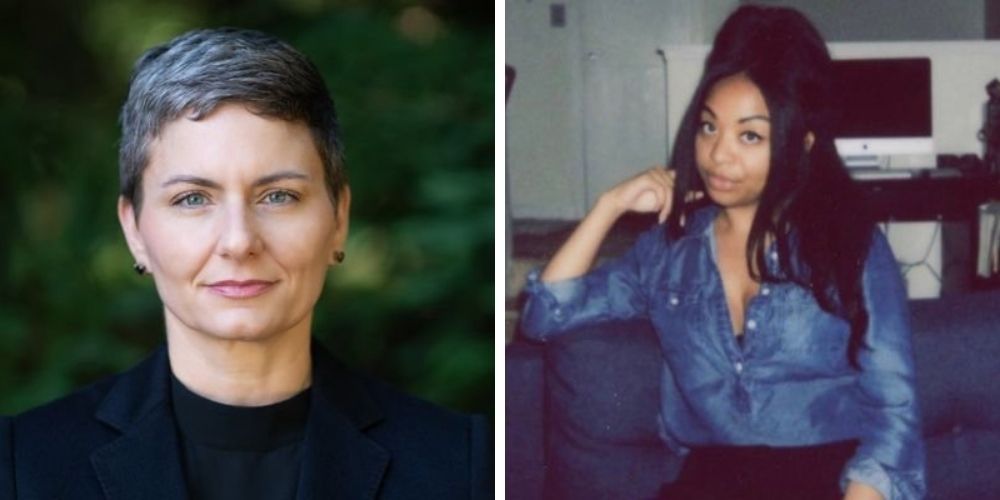 Earlier this week, Teen Vogue published a piece profiling three candidates for political office who support abolishing the police. One of the candidates profiled was Nicole Thomas Kennedy, a far-left candidate for Seattle City Attorney who has called for abolishing the police and prisons, even in the face of spiking crime following the city losing hundreds of officers.

However, the author of the piece Gennette Cordova has been revealed to be a contractor for Prism Washington, Thomas- Kennedy’s political consultant.

Once Cordova was called out on social media for the obvious conflict of interest, she claimed that Teen Vogue did not pay her for the piece so it shouldn't be reportable as a political contribution.

"I’m not employee for that firm. I do contract work which is running Twitter. And I wasn’t paid for this article. Also, it’s a reported piece, not an op-Ed. How is this a political contribution?"

Teen Vogue does accept paid advertising. If they did not charge for it, it could be classified as an in-kind political contribution towards the campaign for the column inches.

On her LinkedIn page, Cordova describes herself as a writer, and writers typically are compensated for their work. She also lists her job as communication specialist for Prism Washington. Yet, that information is absent from her writer’s profile on Teen Vogue. If she wrote the piece for Teen Vogue for free, then it should be classified as an in-kind political donation.

Cordova, in response to the mounting pundits on social media, posted on Twitter: "I’m a freelance writer and that’s separate from my social media consulting. Not that any of this is your business. Anyways, Nicole happens to be one of the most prominent abolitionist candidates currently running for office. I would’ve had to go out of my way not to include her."

After The Post Millennial reached out to Teen Vogue for comment on the controversy, the magazine did not reply but did add a disclaimer at the bottom of the article. "Editor's note: The author of this piece is a contract staffer for Prism Washington, a consulting firm that was also contracted by Nicole Thomas-Kennedy's campaign. She has not done any work directly for Thomas-Kennedy's race."

Yet records show that Cordova was paid by Prism as recently as July 29 and the article went to print on September 13.

According to RadarOnline, Cordova is the college student who received the infamous, sexually suggestive pics of former Congressman Anthony Weiner, and was also busted for underage drinking in 2018. Ironically, according to the outlet Cordova "was voted by her former classmates at Shorecrest High School in Washington as 'the most likely to be involved in a tabloid scandal.'"

As Teen Vogue received more pushback online regarding the author's connection to Prism, which included documents from campaign expenditures, they again updated the editor's note to say: "After this piece was published, Teen Vogue learned that the author of this piece is a contract staffer for Prism Washington, a consulting firm that was also contracted by Nicole Thomas Kennedy’s campaign. Some of the social media work she did for Prism benefited all of the firm’s clients. We regret the initial failure to disclose this information."

Thomas-Kennedy, according to her website, left the public defender's office to take on "pro bono activist defense work, part-time public defender contract cases, and volunteer with the National Lawyers Guild" during the riots in 2020 in the wake of the death of George Floyd led by Antifa and BLM, presumably to advocate for the rioters.

During the ongoing riots in Seattle in August of 2020, Thomas-Kennedy referred to police as "armed thugs," supported black bloc Antifa activists and tweeted that "Property destruction is a moral imperative."

During an interview, Thomas-Kennedy claimed the comment "was a joke," and went on to minimize property destruction in the wake of people being murdered in relation to that destruction of property. When pressed on the issue, Thomas-Kennedy belittled property destruction in comparison with murder even though Antifa and BLM activists had tried to burn down buildings in the city with people inside them. Perhaps the abolitionist did not care because the people inside were police officers.

Thomas-Kenney’s consultants Prism Washington, AKA, Prism West, has a history of representing and promoting activist socialist candidates such as socialist Seattle City Council Member Tammy Morales, who advocated for riots during in 2020.

Prism has also been hired by Seattle City Council Candidate Nikkita Oliver, who is mired in allegations of fraud and worse. Oliver is one of the leaders of King County Equity Now (KCEN) and has advocated for defunding the police and for the money to be given to community groups.

She also advocates for less prisons and releasing criminals. Recently, allegations of money mismanagement and fraud have been leveled against her organization. The Seattle City Council used a loophole to circumvent the bidding process and appropriated 3 million dollars to "non-profit" organizations that were part of the Capitol Hill Autonomous Zone (CHAZ).

The money appeared to be more of a political payoff to groups involved in the riots and armed occupation of the city, rather than an investment in the community. The money was funneled through the office Council Member Morales. Oliver was a supporter of the Morales campaign and Morales has endorsed Oliver's campaign for council.

Prism was also the firm behind Democracy Voucher collection for Andrew Grant Houston, a candidate for Seattle Mayor and former City Council staffer, who managed to get more people to give him money through the Democracy Voucher Program than actually vote for him, in the process raising red flags. Houston, who did not advance from the primary, was able to work with Prism to bring in hundreds of thousands of dollars in taxpayer funds through the program.