Timothy Simpkins, who is accused of shooting his fellow students at his Arlington Texas high school, has reportedly been arrested for a bond violation on Friday. 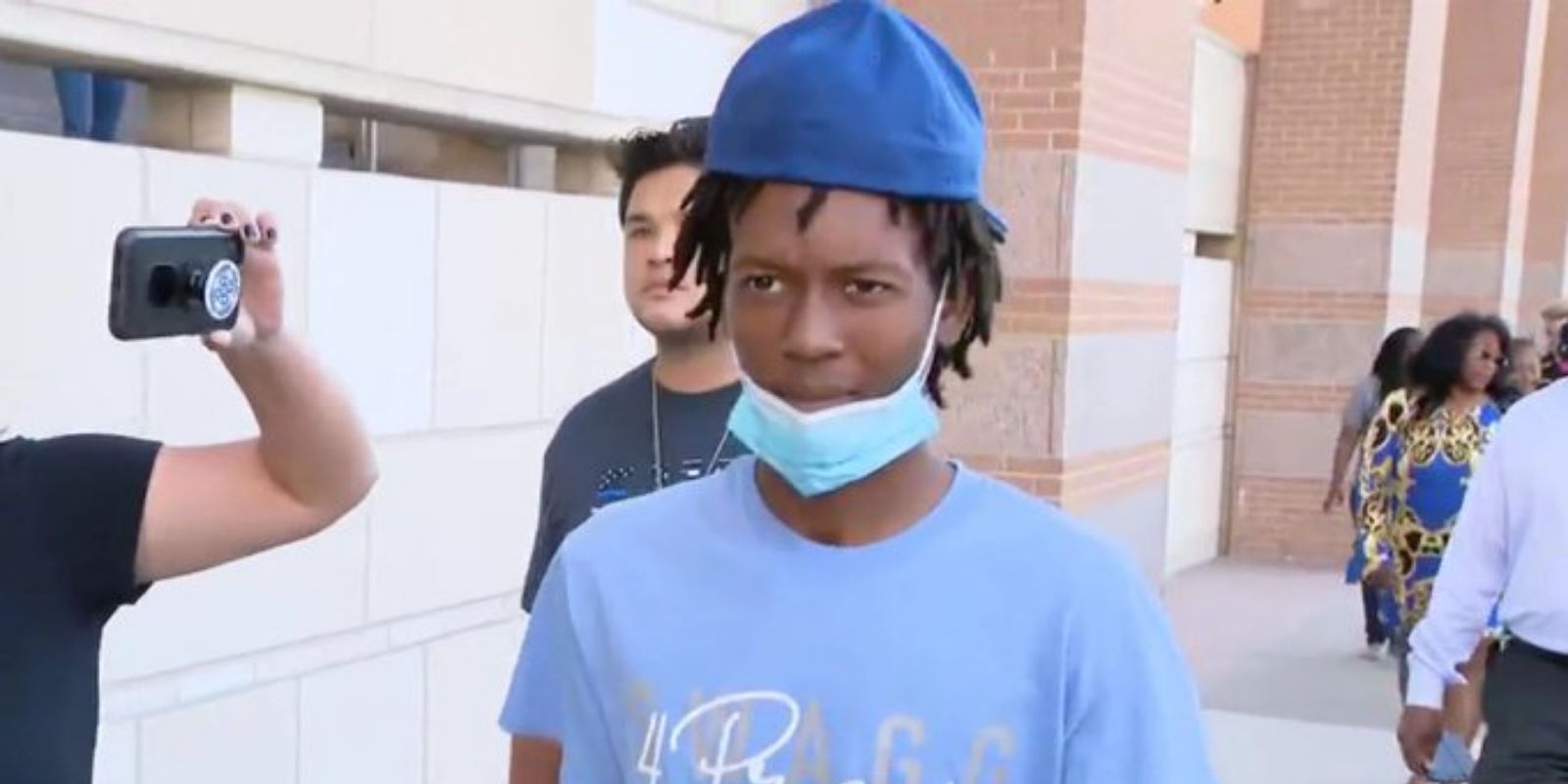 Timothy Simpkins, who is accused of shooting his fellow students at his Arlington Texas high school, has reportedly been arrested for a bond violation on Friday.

At this time, there is no detail available to the public about the exact nature of that violation.

Simpkins allegedly shot four people in at his Arlington Texas high school on October 7. No one was killed.

Simpkins had been released into his parents' custody on Oct. 7 2021 after having posted $75,000 in bail. He is still set to stand trial for three counts of aggravated assault with a deadly weapon.

Initial reports indicated that Simpkins motivation had to do with bullying at the school. But according to local outlet FOX 4, "his family claimed he was being bullied but the Arlington police chief said he does not believe bullying played any role in the shooting."

Simpkins's family had previously launched a GoFundMe campaign on that same day of Oct. 7 2021 which wound up lasting a mere 24 hours.

That same night, he was found to be partying with his family in his home. According to the conditions of his bond, he is to wear a tracking device at all times, undergo regular testing for drug and alcohol use, and be under house arrest.

One of Simpkins' victims, Zaccaeus Selby, 15 years old, was shot multiple times and rushed to the hospital. He is, however, expected to survive his injuries in the long-term. One teacher was also shot in the back once, and another female student was grazed by one of the bullets from the gun Simpkins used.