The one-time use credit will only be valid for hot beverages under $6.19, and baked goods under $2.39, taxes not included. 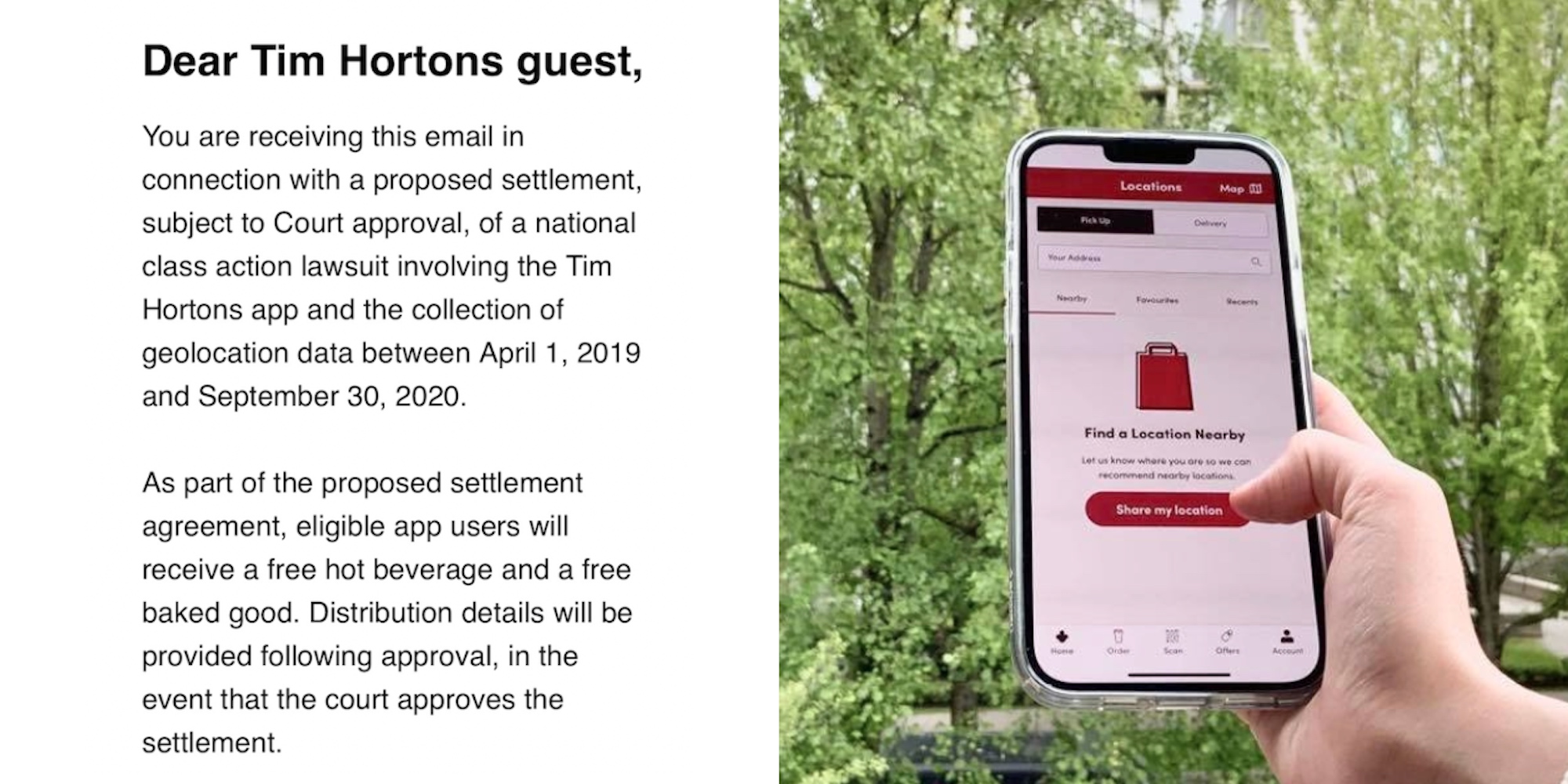 In June, a report from the Office of the Privacy Commissioner revealed that Tim Hortons had tracked customers' movement via their app, leading to a class action lawsuit against the chain.

On Friday, customers received an email from Tim Hortons explaining that a proposed settlement had been reached, and that, if approved, it would result in those impacted being given a free hot beverage and a baked good for their troubles.

"Dear Tim Hortons guest," the email began, "you are receiving this email in connection with a proposed settlement subject to Court approval, of a national class action lawsuit involving the Tim Hortons app and the collection of geolocation data between April 1, 2019 and September 30, 2020."

They went on to explain that, if approved, "eligible app users" will be provided with information as to how they can redeem their compensation.

There are, however, restrictions on which products customers are entitled to.

According to the email, the "single, one-time use only, non-transferable, non-refundable and non-cash convertible credit" will be valid only for hot beverages under $6.19, and baked goods under $2.39, taxes not included.

In addition to free goodies, Tim Hortons has also promised that as part of the settlement, they will "take the appropriate measures to permanently delete any geolocation information about group members that may be in their possession and shall instruct its third-party vendor Radar Labs, Inc. to do the same."

All customers who were recorded to have used the app are automatically included in the class action lawsuit. In order to be excluded, one must send an email to Class Counsel or a handwritten letter to the clerk of the Superior Court of Quebec before August 31.

A hearing is expected to take place on September 6 in Montreal to determine whether the settlement will be approved.

According to the aforementioned report, while Tim Horton's did ask users for permission to access their phone's geolocation function, it "misled" them to believe the information would only be collected while the app was in use.

In reality, along with using location data to point users in the direction of the nearest Timmie's, the app collected such data "to infer where users lived, where they worked, and whether they were travelling."

The app reportedly "generated an 'event' every time users entered or left a Tim Hortons competitor, a major sports venue, or their home or workplace" in an attempt to "analyze user trends" for marketing purposes.