The suit accuses Drake and Travis Scott of continuing to perform "as the crowd became out of control" and "while the crowd mayhem continued." 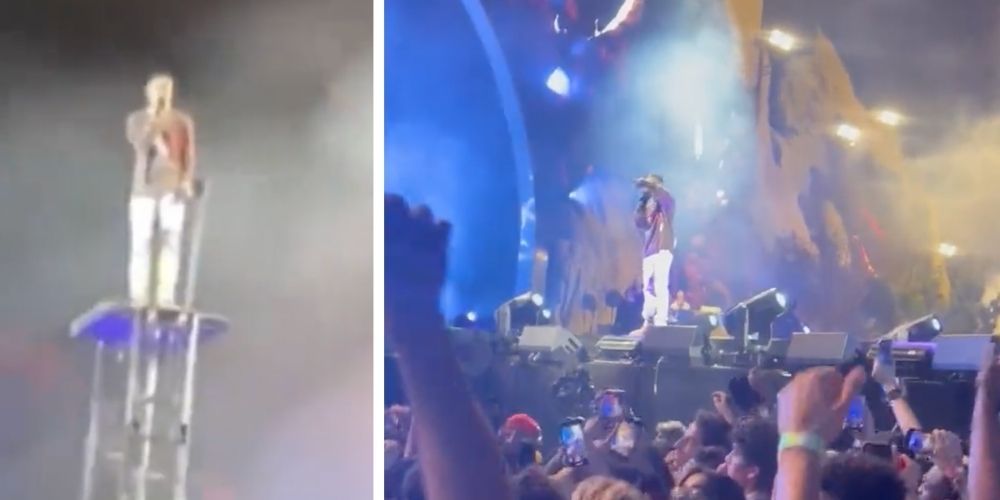 A 23-year-old man who attended Travis Scott's disastrous Friday night Astroworld set is suing the rapper, as well as special guest Drake, for "inciting the crowd" that led to the deaths of eight people.

Kristian Paredes, from Austin, Texas, is accusing the rappers, Live Nation Entertainment Inc. and Harris County Sports and Convention Corporation of negligence, according to the complaint obtained by the Daily Mail on Sunday.

According to the complaint, special guest Drake reportedly "came on stage alongside Travis Scott and helped incite the crowd."

The suit accuses Drake and Travis Scott of continuing to perform "as the crowd became out of control" and "while the crowd mayhem continued."

Paredes is seeking over $1 million for his bodily injuries, some of which he says is permanent, as well as medical expenses.

He said that he had been at the front of the general admission section at the metal gate separating the section from he VIP section when Travis Scott came on the stage at around 9pm. At that point, Paredes says he felt an "immediate push" as the rapper took the stage.

"The crowd became chaotic and a stampede began leaving eight dead and dozens including Kristian Paredes severely injured," the filing states. "Many begged security guards hired by Live Nation Entertainment for help, but were ignored."

Paredes says in the lawsuit that the injuries and deaths are due to the "negligence, carelessness and recklessness" of the "defendants, their agents, servants and employees, in the ownership, management, maintenance, operation, supervision, and the control of the subject premises."

Paredes, who is being represented by Texas attorney Thomas Henry, is seeking trial by jury.

"There is no excuse for the events that unfolded at NRG stadium on Friday night," said Henry. "There is every indication that the performers, organizers, and venue were not only aware of the hectic crowd but also that injuries and potential deaths may have occurred. Still, they decided to put profits over their attendees and allowed the deadly show to go on."

"Live musical performances are meant to inspire catharsis, not tragedy. Many of these concert-goers were looking forward to this event for months, and they deserved a safe environment in which to have fun and enjoy the evening. Instead, their night was one of fear, injury, and death," he continued.