The convoy started on Saturday in support of the national freedom uprising that has swept across Canada. 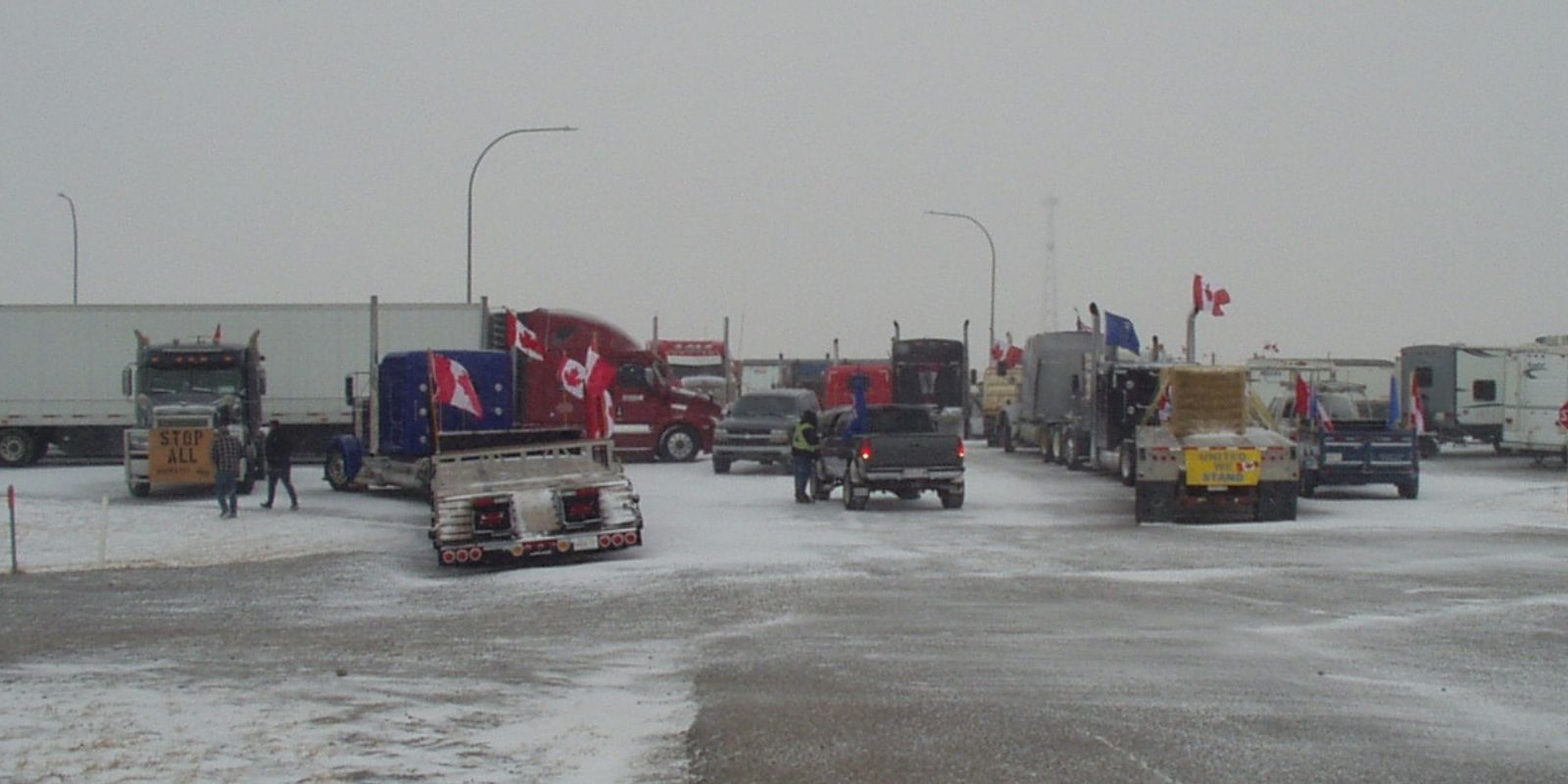 Over 100 truckers and other vehicles are blocking a Southern Alberta highway bordering the United States.

The convoy started on Saturday in support of the national freedom uprising that has swept across Canada.

The truckers were given a warning by the RCMP to clear the area, with the RCMP posting a statement:

"The Alberta RCMP continue to act to preserve the peace and maintain public safety at the Coutts border crossing. Extensive efforts have been taken to engage with all stakeholders in the hopes that a peaceful resolution can be reached. We are working with truck drivers who are attempting to disengage from this event so that they are able to do so; however, current conditions have traffic immobilized.

"The Alberta RCMP will use only the level of intervention necessary to ensure the safety of all citizens and to maintain peace, order, and security. Our goal is to facilitate lawful and peaceful protest. When an event becomes unlawful we utilize a measured approach, which ultimately includes enforcement. This event is unlawful and we are asking those who are involved to clear the area.

Alberta's Premier Jason Kenney also called for the blockade to end yesterday, adding that the demonstrations were in violation of the Alberta Traffic Safety Act.

"If participants in this convoy cross the line and break the law, I expect police to take appropriate action," said Kenney.

"The current blockade of Highway 4 at the Coutts border crossing violates the Alberta Traffic Safety Act. It is causing significant inconvenience for lawful motorists and could dangerously impede the movement of emergency service vehicles. This blockade must end immediately."

Reports from Rebel state that after a vote, the truckers decided to stand their ground, but have allowed for the opening of a lane that would allow some to leave, if they so choose.