"The uses of colloquialisms or sayings with intended double meaning or offense are strictly prohibited in all means of correspondence and/or communication," the letter said. 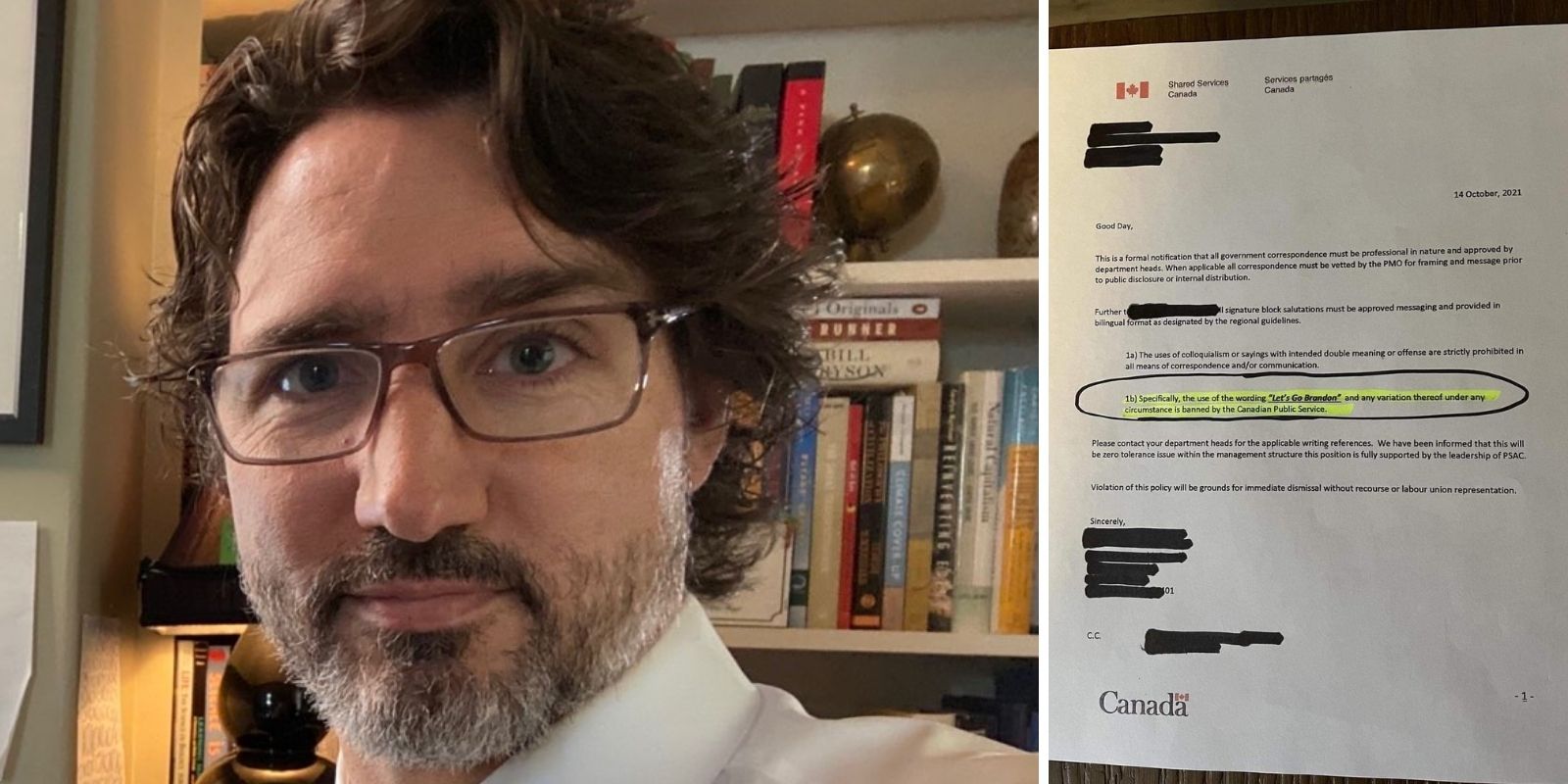 UPDATE: Shared Services Canada released a statement Monday afternoon that the memo showing that the Trudeau government banned the use of "Let's Go Brandon" in communications is fake.

Shared Services Canada apparently released a memo on Thursday telling its employees that any use of the term "Let's Go Brandon" would result in termination "without recourse or labour union participation," reports Daily Wire.

The memo, which has yet to be confirmed, states: "This is a formal notification that all government correspondence must be professional in nature and approved by department heads. When applicable all correspondence must be vetted by the PMO for framing and message prior to public disclosure or internal distribution."

"The uses of colloquialisms or sayings with intended double meaning or offense are strictly prohibited in all means of correspondence and/or communication," the letter, which spread on Twitter over the weekend, states.

"Specifically, the use of the wording 'Let’s Go Brandon' and any variation thereof under any circumstance is banned by the Canadian Public Service."

"Please contact your department heads for the applicable writing references. We have been informed that this will be zero tolerance issue within the management structure this position is fully supported by the leadership of PSAC. Violation of this policy will be grounds for immediate dismissal without recourse or labor union participation," it concludes.