Trudeau Liberals have become a party of broken laws, conspiracies, and doublespeak

Canada could wake up on October 21st with a government filled to the brim with politicians willing to break the law, dabble in conspiracies and, when caught in the act, engage in doublespeak or even forceful action to limit the potential… 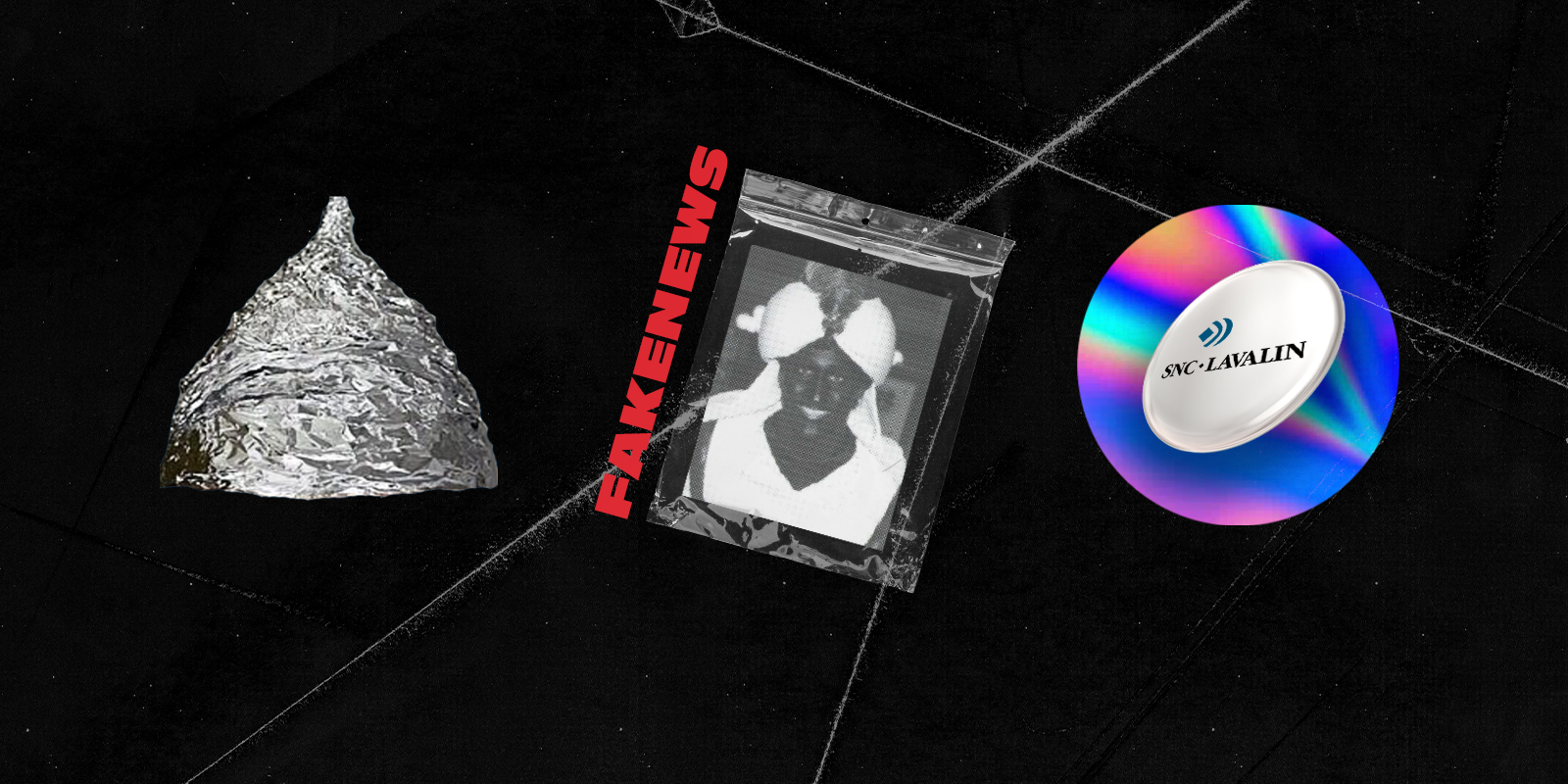 Canada could wake up on October 21st with a government filled to the brim with politicians willing to break the law, dabble in conspiracies and, when caught in the act, engage in doublespeak or even forceful action to limit the potential consequences.

Of course, It wasn’t always this way. I still remember the Trudeau government when they were first elected.

In those early moments, as the 2015 election results poured in, Conservatives screamed in anger, but ultimately a significant portion of the Canadian population breathed a sigh of relief, in hopes that the Liberal government would keep their many wondrous promises.

There would be a reasonable deficit to balance social services, it would be the last election under first past the post, journalists would be respected, there would be fewer scandals, and Canada would once again be popular on the world stage.

Those promises were, to the dismay of many, all broken.

Deficits ballooned year after year while expensive pipelines were bought and even more poorly thought out and expensive investment projects such as superclusters provided minimal benefits.

The promise to change electoral reform was dropped the moment the Liberals found out they would not be allowed to put forward a system to would largely lockout every other party.

Journalists received a bailout so toxic that it threatened their own credibility by accepting it, while those who refused and shared an ideology different from the government were in many cases banned from Liberal events.

The Trudeau government appointed Leaders’ Debate Commission even attempted to ban those same journalists from the only two debates in the country to feature all leadership candidates. Thanks to a court order, they failed.

Of course, it does not end with the rampant list of policy failures, there is also the seemingly endless list of reputation ruining scandals that are sure to make even a younger and perhaps more hopeful Justin Trudeau blush in self-embarrassment

Since 2015, Trudeau has decimated Canada’s foreign standing in no less than three instances.

The Prime Minister first embarrassed Canada with his controversial trip to India which included an invitation for a B.C. man convicted of attempted murder.

The Liberals then broke ethics laws three times in a row.

First Finance Minister Bill Morneau was forced to pay a fine for failing to report that he and his wife owned a French villa through a private company.

Then Conflict of Interest and Ethics Commissioner Mario Dion ruled that Dominic LeBlanc violated conflict rules by awarding a lucrative fishing contract to a company set to be run by one of his wife’s first cousins.

Lastly, but most importantly, Dion found that the Trudeau government had clearly and repeatedly pressed the former Attorney General Jody Wilson Raybould to improperly intervene in a prosecution.

“The prime minister, directly and through his senior officials, used various means to exert influence over Ms. Wilson?Raybould,” said Dion.

“The authority of the prime minister and his office was used to circumvent, undermine and ultimately attempt to discredit the decision of the director of public prosecutions as well as the authority of Ms. Wilson?Raybould as the Crown’s chief law officer.”

The leader of our national government was trying, as the report stated, to “circumvent, undermine and ultimately attempt to discredit the decision of the Director of Public Prosecutions.”

Simplified, Dion found that the Prime Minister wanted to interfere in Canada’s legal system, potentially changing how a Liberal connected firm would ultimately be prosecuted.

The release of Dion’s report pushed five former attorney generals to write a letter demanding the RCMP investigate the claims.

Even the former Ontario attorney general Michael Bryant, a Liberal who leads the Canadian Civil Liberties Association, stated in a column published by Brian Lilley for the Toronto Sun, that police officers “had laid obstruction of justice charges on a lot of ordinary Canadians, with a lot less evidence than this.”

While Dion’s findings were damning, Ottawa has blocked a full investigation by refusing to lift cabinet confidentiality. This has not just limited the Ethics Commissioner but also the RCMP who have been unable to interview multiple members of the PMO.

The RCMP have suspended their “inquiry” for the period of the election campaign, as is the norm for political investigations, but that does open a whole other can of worms once the election is over.

While the RCMP wait, the Trudeau government was thrown into perhaps their stupidest and most hypocritical scandal to date. The Prime Minister’s three-decade-long hobby of blackface.

For those catching up, during the early days of the 2019 campaign cycle, it became clear Canada’s virtue signaller in chief, had actually worn blackface on at least three instances, including when he was a 29-year-old teacher at one of the nation’s most prestigious private schools.

With the RCMP swimming around the Liberals, only abated by the election period, the stakes have become too serious and it seems the party’s response has been to delve deep into doublespeak and conspiracies in an effort to maintain the support of their base.

For example in response to Trudeau’s blackface fiasco, the Prime Minister himself attempted to push the blame off himself, and onto the Canadian public.

“I think there are a lot of Canadians through the past days who are reflecting on and learning more about the racist history of blackface. And that is something that certainly is something that we are all talking about and I am certainly reflecting on deeply” Trudeau said, as if Canadians had any of the blame to share for a 29-year-old man choosing to paint his face jet black in an effort to look like Alladin.

Of course, this was just the beginning.

But what could we expect from Trudeau, when his own MP’s have attempted to argue that putting on blackface made Trudeau more lovable? One MP has since apologized but, like the other candidates with a past filled with racism, homophobia, or bigotry, the Liberals won’t be dropping them either.

I mean how do you drop anyone from your party, when the leader has single-handedly lowered the bar? Well, you really can’t. Instead, you can attempt to push attention elsewhere, even if it means using fake news and conspiracy theories.

In the last week alone, the Liberal party alongside high-level campaign staff have used fake news and conspiracy theories at least twice in an effort to delegitimize either their political opposition or to silence journalists.

He deleted his post once it became public that Rebel meant, Rebel hosting service, and the Liberal Party itself used them.

The problem with the message? We have never taken money from the groups listed, especially the CPC.

Taking money from groups such as political parties and not declaring it would be illegal.

TPM has never made a declaration because we have never taken any campaign money.

The Liberals know this and certainly had the means to verify it, yet they decided to publish a defamatory piece of content regardless.

It seems that in a bid to survive the public scrutiny the party now faces, the Liberals made the pivot to publicizing fake news.

As a journalist, I can’t help but take a moment to point out that the people knee-deep in fake news and misinformation are also the same people who want to set up the toxic media bailout, and regulate the content you consume. I’d say that’s a whole new level of hypocrisy and self-inflicted wounds, but with 10 days left in this election, if there’s anything the Trudeau government has plenty of, it’s just that.

From the countless scandals and broken laws, to the growing moments of doublespeak and outright conspiracy theory peddling, I’d like to welcome Canadians to the Liberal party of 2019.