Ottawa has offered to cover less than 50% of the costs to cover border crossings. 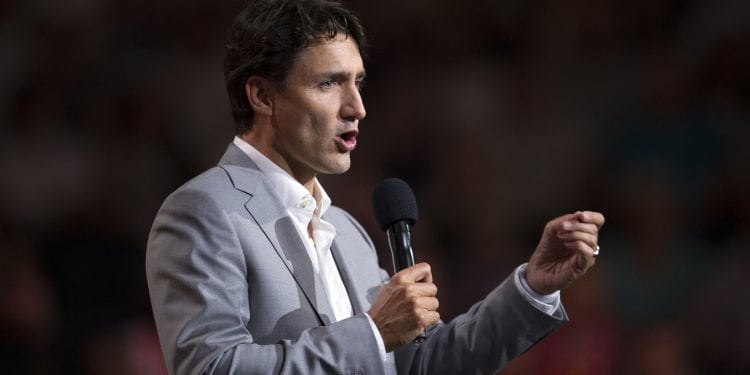 Ottawa has offered to cover less than 50% of the costs to cover border crossings, while seemingly small, the gesture reeks of favouritism.

The total amount offered by Ottawa is extremely interesting, as the Premier of Quebec had requested $300 million but received $140 million. While Ontario requested $200 million, but only received $50 million to share between the three provinces.

This is even more notable, given that while 90% of border crossers have come into Canada from the Quebec-US border, over 40% of those have plans to move or are moving to Ontario.

Some may claim these actions are financially conservative, but in the long term, these spending choices could cause further deterioration in welfare services in some provinces as they continue to face increasing demand.

Outside of concerns for financial stability, the decision to only partially fund local governments, in this case, is questionable, given Justin Trudeau's comments on this file.

According to a National Post article, the following Tweet from the PM caused a significant portion of the sudden increase in refugee claimants.

With much blame to be placed on the federal government specifically, it is fairly bizarre that the Trudeau government is in effect forcing the provinces to pick up the cheque or have their citizens face continuing deterioration in the quality of services.

This kind of politics only has one benefactor, and it is not the refugees who compete for deteriorating services and an ever-expanding timeframe for their status to be checked and finalized.

It is instead the federal government who continually gets to point at its opposition and claim the higher ground, while actively ensuring the welfare system cannot handle the added pressure.

It will be extremely interesting to see how this plays out with the Liberal and the NDP base as a whole, especially when you consider that the Trudeau government has also shown a willingness to drop total immigration into Quebec, an extreme turnaround from their campaign promises.

This would be a major change for the a Liberal government which has repeatedly stated the importance of increasing immigration in order to maintain a stable economy, especially in employee starved areas of the nation such as Quebec.

Interestingly, under the terms of a 1991 Canada-Quebec deal on immigration, "federal funding to help Quebec integrate immigrants will rise even as the province’s total intake of immigrants will decline."

Meaning that the Quebec government will still continue to receive the lions share from equalization payments from the federal government, even while going directly against its directives. Ontario on the other hand is receiving far less aid even as 4 in 10 people using Toronto housing become refugees, competing for the same services as the regions worst off.

With such a sudden change and stark favoritism, I am left wondering why?

Why did the Liberals abandon their pledge to fight for immigration or to actually help refugees and why so intensely in Quebec?

I'd venture to bet it has to do with the want for the party to dominate Quebec as a Liberal stronghold in 2019, especially given the intense level of competition in other provinces such as Ontario, and B.C. where the governemnt will likely have to spend large amounts of cash to rewin seats.

Here the Liberals likely want to stay in the good graces of the province, even if it means selling out some of their most cherished beliefs.