"When are the great Agents, and others, in the FBI going to say 'we aren’t going to take it anymore,'" Trump said on Truth Social. 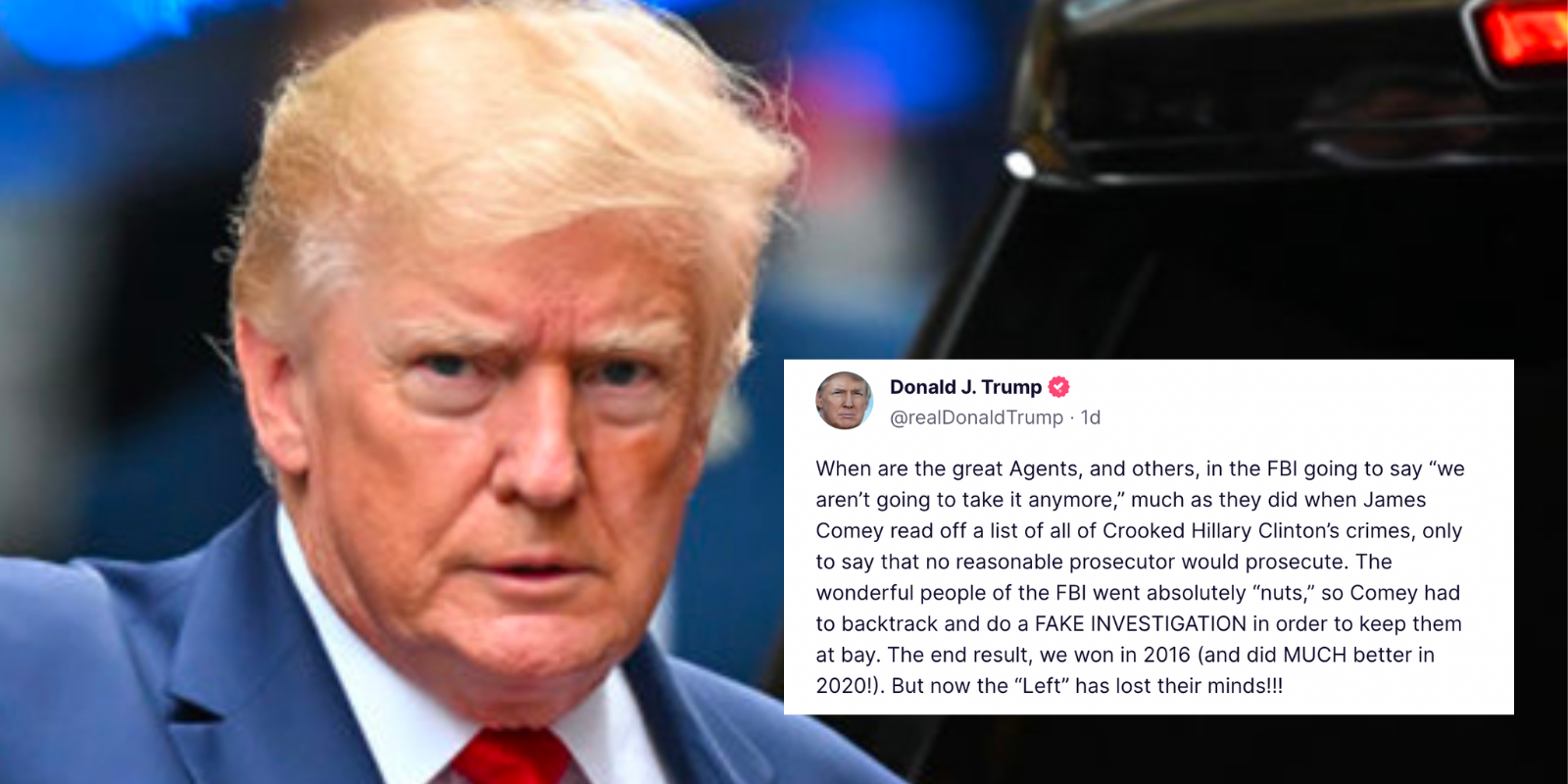 Former President Donald Trump called on FBI agents to step forward and denounce the August 8 raid of Mar-a-Lago. "When are the great Agents, and others, in the FBI going to say 'we aren’t going to take it anymore,'" Trump said on Truth Social.

"...much as they did when James Comey read off a list of all of Crooked Hillary Clinton’s crimes," he continued, "only to say that no reasonable prosecutor would prosecute. The wonderful people of the FBI went absolutely 'nuts,' so Comey had to backtrack and do a FAKE INVESTIGATION in order to keep them at bay. The end result, we won in 2016 (and did MUCH better in 2020!). But now the 'Left' has lost their minds!!!"

After the heavily redacted affidavit, as justification for the search warrant, was released on Friday, a federal judge on Saturday indicated that a special master would be appointed to independently review documents that were seized during the FBI raid at Trump's home.

"The government is conducting a criminal investigation concerning the improper removal and storage of classified information in unauthorized spaces, as well as the unlawful concealment or removal of government records," the affidavit reads.

Reading between the thick black lines, the affidavit states that the 15 boxes which were seized contain "highly classified documents intermingled with other records," and that National Defense Materials were amongst those classified documents. These documents were alleged to have been stored in an "unauthorized location" on the premises.

US District Judge Aileen M. Cannon from the Southern District of Florida wrote in her preliminary order, "Pursuant to Rule 53(b) (1) of the Federal Rules of Civil Procedure and the Court’s inherent authority, and without prejudice to the parties’ objections, the Court hereby provides notice of its preliminary intent to appoint a special master in this case."

This was in response to a lawsuit filed by Trump against the United States on August 22 asking for a special master, to determine which of those documents that were seized should be party to an investigation. The judge also stated that the DOJ must provide a "more detailed Receipt for Property specifying all property seized pursuant to the search warrant executed on August 8, 2022" and gave them until August 30 to respond.

A hearing will be held on September 1 in West Palm Beach, Florida.