Trump: FBI could have 'planted' evidence during Mar-a-Lago raid for 'classified' documents that were already declassified

"Everyone was asked to leave the premises, they wanted to be left alone, without any witnesses to see what they were doing, taking or, hopefully not, 'planting,'" Trump wrote on Truth Social. 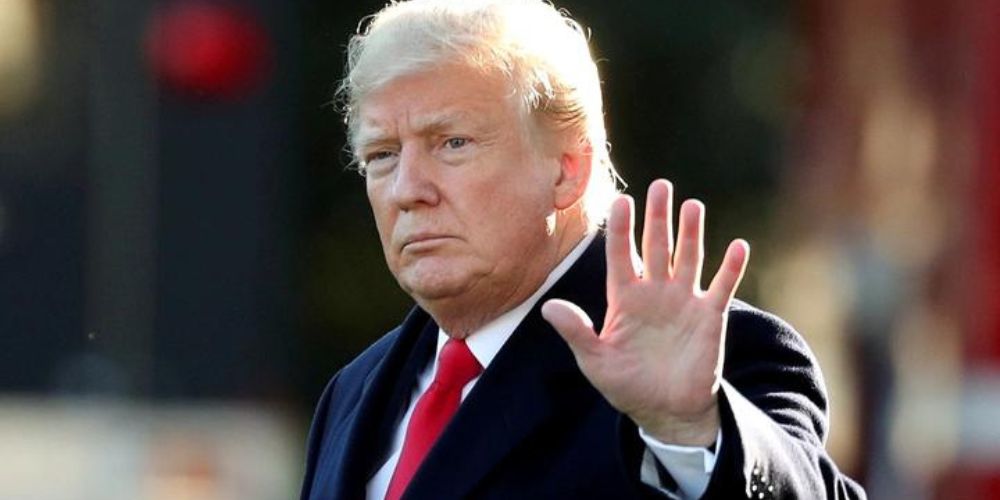 Following the Monday raid of former President Donald Trump’s Mar-a-Lago residence, he suggested on Wednesday that FBI agents may have planted evidence in the building. This was during a raid by the FBI reportedly to search for boxes of "classified" documents Trump had at his residence.

"The FBI and others from the Federal Government would not let anyone, including my lawyers, be anywhere near the areas that were rummaged and otherwise looked at during the raid on Mar-a-Lago," Trump posted to his social media platform Truth Social on Wednesday morning, according to the Daily Mail.

"Everyone was asked to leave the premises, they wanted to be left alone, without any witnesses to see what they were doing, taking or, hopefully not, 'planting,'" he added.

Trump continued on to question "Why did they STRONGLY insist on having nobody watching them, everybody out? Obama and Clinton were never 'raided,' despite big disputes!"

In May, former Trump official Kash Patel told Breitbart that "Trump declassified whole sets of materials in anticipation of leaving government that he thought the American public should have the right to read themselves."

"The White House counsel failed to generate the paperwork to change the classification markings, but that doesn’t mean the information wasn’t declassified,” Patel said. "I was there with President Trump when he said 'We are declassifying this information.'"

"This story is just another disinformation campaign designed to break the public trust in a president that lived on transparency," Patel went on to say. "It’s yet another way to attack Trump and say he took classified information when he did not."

Speaking to Real America’s Voice on Tuesday, Trump lawyer Christina Bobb called the raid a "weird flex," and said, "No, there is no security that something wasn't planted. I’m not saying that's what they did."

"This was a completely unnecessary power flex. It was a weird flex," Bobb added. "It's quite honestly sad to see what they have done to our country."

While FBI agents were inside the 128-room Palm Beach estate for nine hours on Monday, Trump’s lawyers were left outside in the sweltering Florida summer weather.

According to the Daily Mail, agents searched through the master bedroom, as well as Melania Trump’s wardrobe.

The FBI’s raid of the private estate was reportedly sparked by boxes of materials–which included classified information–that Trump took with him when he left the White House in 2021, according to New York Post.

In January, the National Archives made note of the issue when they reportedly received 15 boxes of White House records from Mar-a-Lago, which included classified information. The FBI reportedly seized another 12 boxes of material during Monday's raid.

Among the materials found in the boxes in January included a letter former President Barack Obama wrote to his successor and correspondence from North Korean Dictator Kim Jong Un, according to Wall Street Journal.

The FBI's raid coincides with the Justice Department's probe into whether or not Trump was illegally storing classified information at his private Mar-a-Lago residence after the National Archives received the materials at the beginning of this year. The federal probe was reportedly launched a few months ago, New York Post reports.

According to CNN, investigators reportedly visited Mar-a-Lago in June and spoke with Trump's attorneys about turning over additional classified materials.

However, Fox News reports that Trump's attorneys were not as cooperative as they previously were which resulted in the FBI securing a search warrant for Monday's raid.

The Department of Justice has not yet commented on the raid, and information regarding the materials in the boxes seized on Monday have not yet been disclosed.