On his final night in the White House, President Donald Trump granted pardons to 73 individuals and commuted the sentences of an additional 70. 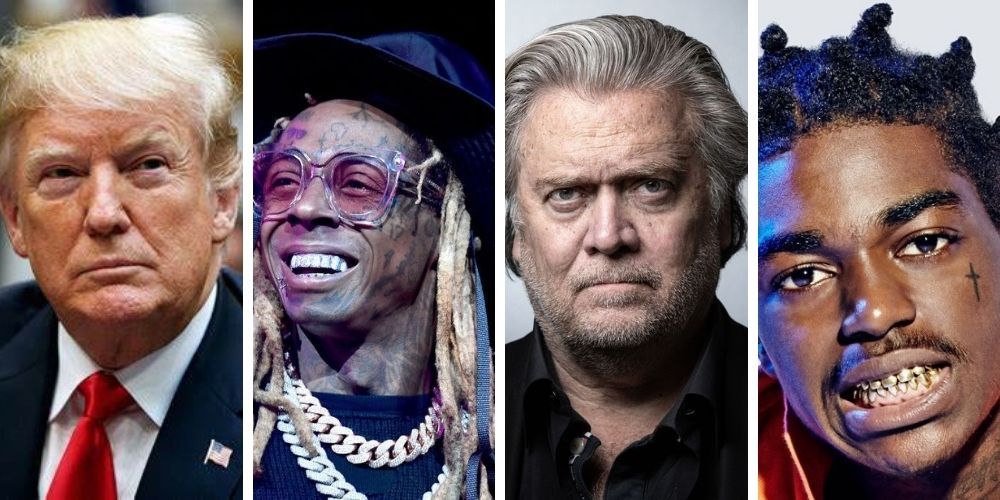 On his final night in the White House, President Donald Trump granted pardons to 73 individuals and commuted the sentences of an additional 70.

Among the notable names on the list issued in a statement were former White House aide Steve Bannon, rappers Lil Wayne and Kodak Black, who were found guilty of federal weapons charges, in addition to former Detroit Mayor Kwame Kilpatrick, who was serving 28 years on corruption charges.

Bannon, who received a full pardon, was an adviser in Trump’s 2016 presidential campaign as well as chief strategist during the first year of the administration. Bannon, was charged last year with mail fraud and money laundering, which involved raising private funds to build the wall on the US-Mexico border to which he plead not guilty. Bannon could still face federal charges and charges in New York state related to a $300 million private offering last spring.

The Bannon pardon was the most surprising, given the high-profile falling out he had with the Trump family, but according to Reuters the two reconnected while Trump looked for support for his claims of voter fraud.

Dwayne Michael Carter Jr, also known as Lil Wayne, received a full pardon after pleading guilty last year in federal court for illegal possession of a firearm and was facing up to 10 years in prison. The rapper has been a strong supporter of the President and his efforts at criminal justice reform.

The President commuted the sentence of Bill Kahan Kapri, also known as Kodak Black, who is currently serving time in a federal prison for making a false statement in order to purchase a firearm.

Trump commuted the sentence of former Detroit Mayor Kwame Kilpatrick, who was seven years into his 28 year term for racketeering and bribery while in office, and was originally scheduled to be released in 2037.

Trump has not given himself a pre-emptive pardon, nor has he done so for any members of his family or members of his legal team and administration, as many reported he had been considering.

The latest list of pardons and commutations can be read here.