Trump posted that the "nuclear weapons issue is a hoax," comparing it to Russiagate. "Same sleazy people involved." 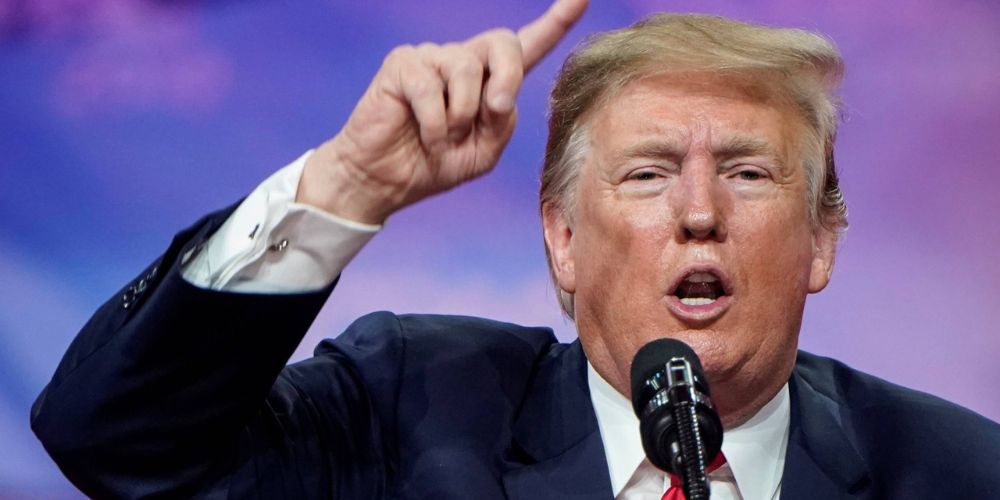 Former President Donald Trump said in a social media post on Friday that the "nuclear weapons issue is a hoax" in response to a Washington Post story that said the FBI was seeking the nuclear codes while raiding his Mar-a-Lago home this week.

Trump posted that the "nuclear weapons issue is a hoax," comparing it to Russiagate. "Same sleazy people involved."

CNN commentator Alice Stewart said that if the FBI and DOJ come up empty handed after this raid, that it could "hugely backfire" on President Biden, though his Press Secretary claims that president was not briefed on the raid prior to it happening.

He continued in another Truth Social post: "Why wouldn’t the FBI allow the inspection of areas at Mar-a-Lago with our lawyer’s, or others, present?"

The Washington Post report said that classified documents relating to nuclear weapons were on the top of the list for FBI agents during the raid, writing: "Experts in classified information said the unusual search underscores deep concern among government officials about the types of information they thought could be located at Trump’s Mar-a-Lago Club and potentially in danger of falling into the wrong hands."

"The people who described some of the material that agents were seeking spoke on the condition of anonymity to discuss an ongoing investigation. They did not offer additional details about what type of information the agents were seeking, including whether it involved weapons belonging to the United States or some other nation. Nor did they say if such documents were recovered as part of the search. A Trump spokesman did not respond to a request for comment. The Justice Department and FBI declined to comment," they continued.

"What we understand the DOJ has information they need to withhold," Alice Stewart said on CNN, "but it's really hard to look at what happened yesterday as anything short of an overreach by the federal authorities and potential political persecution," said Stewart. "And many are saying, I've talked to a lot of folks up and down the political spectrum, doing such a raid to this magnitude, a search to this extreme, anything short of finding the nuclear codes at Mar-a-Lago is going to hugely backfire on the Biden administration."

Trump has also voiced concerns that the FBI could have planted evidence, given that his lawyers were not allowed to be present during the raid. The raid was also strategically conducted to ensure that Trump was out-of-state.

"The FBI and others from the Federal Government would not let anyone, including my lawyers, be anywhere near the areas that were rummaged and otherwise looked at during the raid on Mar-a-Lago," Trump posted to his social media platform Truth Social on Wednesday morning.

"Everyone was asked to leave the premises, they wanted to be left alone, without any witnesses to see what they were doing, taking or, hopefully not, 'planting,'" he added.