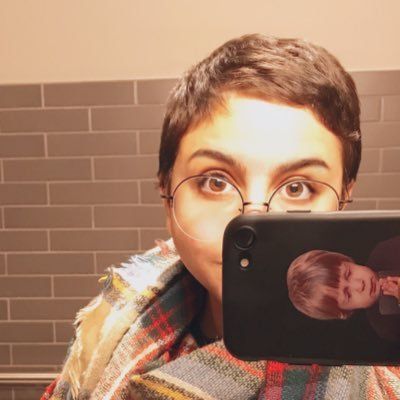 The Post Millennial reached out to Twitter to verify if disciplinary action had been taken against Michaels since his harassment of Andy Ngo was reported on, but did not hear back by the time of publication.

Max Michaels, who goes under the Twitter handle Manchild, is an Operations Infrastructure Analytics Engineer at the Twitter Command Center. According to his Linkedin, he has worked at Twitter for over 7 years.

Michaels’ abusive behaviour towards Ngo began in June of 2019 after Ngo was bloodied while reporting from an Antifa riot in Portland. Beneath a tweet calling for information which might lead to the arrest of those involved, Michaels wrote: “It’s almost like there are repercussions for being a piece of shit.”

Under another tweet by Ngo, Michaels replies “you should just get fat again and hangout on reddit acting sad. I liked fat, sad Andy better.”

Michaels also replied to journalist Peter Hasson, who was reporting on Ngo’s brain bleed as a result of his beating at the riot, calling the hemorrhage a “lifelong, pre-existing condition from garbage Andy.”

Michaels was featured in a 2016 Vice article describing the important functions of the Command Center. In the piece, Michaels is quoted as saying he and his team are responsible for “keeping the lights on at Twitter.”

A recent job posting for the Twitter Command Center suggests staff have a great deal of insight and control over the intricate details of Twitter’s technical infrastructure, calling into question what impact potential biases in the staff might have over users’ personal information and security on the platform.

Ngo was recently suspended from Twitter for tweeting a truthful claim that “The U.S. is one of the safest countries for trans people. The murder rate of trans victims is actually lower than that for cis population. Also, who is behind the murders? Mostly black men.” Ngo was forced to delete the verifiably truthful claim in order to regain access to his account.