Local RCMP and law enforcement are treating both fires as suspicious but would not speculate on a motive at this time. 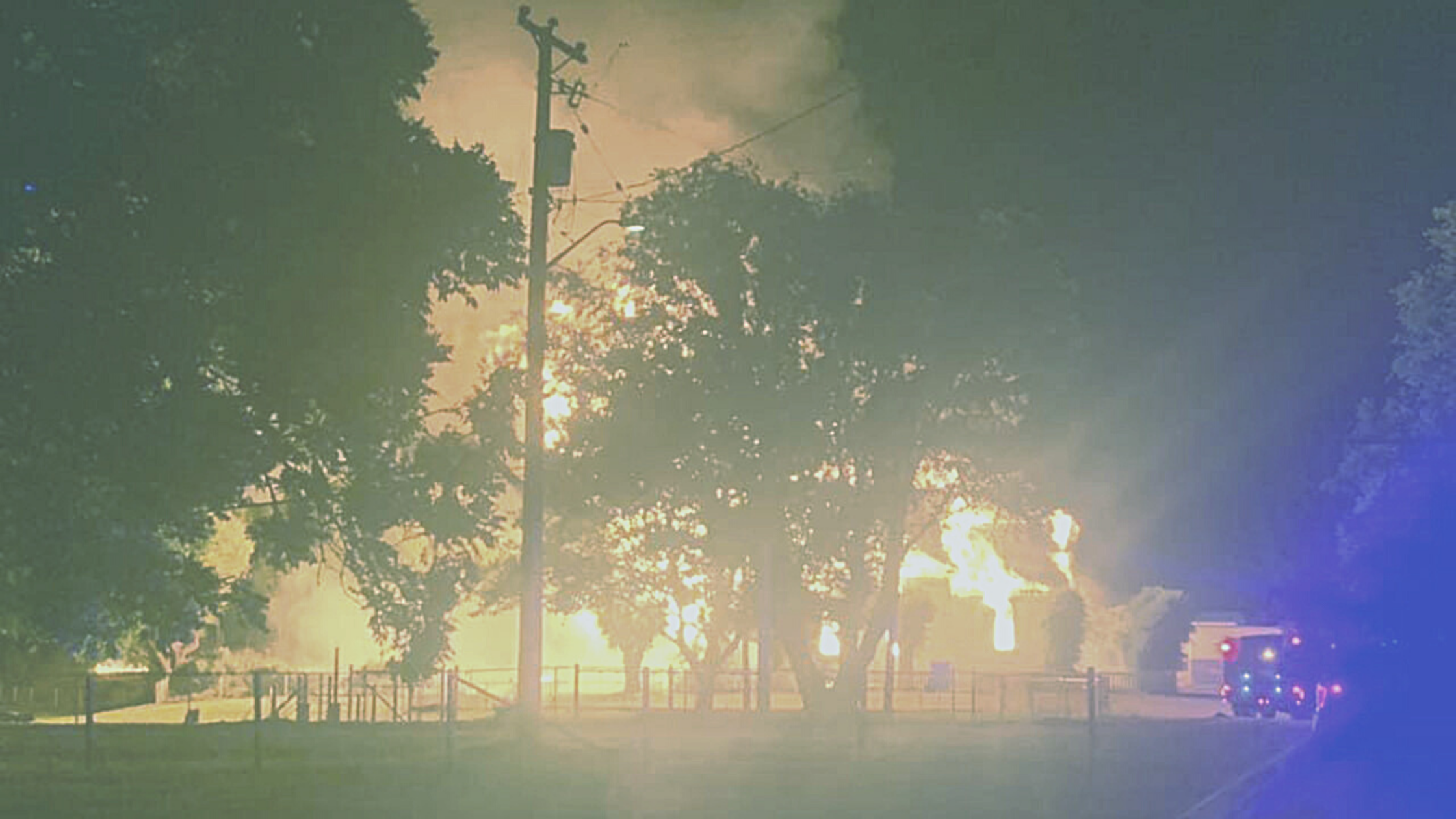 The first fire lit up before 1:30 a.m., causing severe damage to the 110-year-old Sacred Heart Church on the Penticton Indian Reserve, reports the Penticton Herald.

Chief Greg Gabriel surveyed the scene at 10 a.m., making it clear that now was not the time to make assumptions about the incident.

"Let the investigators carry out their work and see what they come up with," he said, noting the timing of the fires were "pretty coincidental."

Another fire occurred at St. Gregory Church in Oliver at 3 a.m. Built-in 1910, the church is now reduced to ash and rubble.

The chief added that Sacred Heart Church was still used by First Nations and that the incident "erases a lot of memories, both good and bad.”

“They held marriages here, baptisms here, funerals here, Easter masses, Christmas masses and there were a number of community members who attended those events," he said. "I would expect this causes them some grief and sorrow. The last year or so, they have been having regular church services at least once a month here.”

Local RCMP and law enforcement are treating both fires as suspicious but would not speculate on a motive at this time.

RCMP spokesman Sgt. Jason Bayda said that should their investigations deem these fires as arson, they will look at all possible motives and "allow the facts and evidence to direct our investigative action.”

Liberal MLA for Skeena and former Haisla First Nation chief councillor weighed in, stating this is why he's always called for calmness.

"If this was arson, that is an act of violence with one of the harshest elements known to man: fire," he said.

"I understand the anger. I was in the same boat in 2004 when I heard of the injustices committed towards First Nations. I was just as angry, and I wanted revenge," said Ross on a Facebook livestream. "But then I thought about my family, my community, B.C. and decided I had to build a future. Not just for Aboriginals, but everyone."

He urged those struggling with the recent discovery of the 215 unmarked graves of Indigenous children at a Kamloops Residential school that no matter what you're feeling, not to give in to the dark side of their emotions.

"The meaning of Reconciliation is to come back. We cannot come back together through senseless acts of violence," he said.

Chief Gabriel said there’s a lot of anger in every First Nation community because of the past couple of weeks, owing to the horrific discovery of the 215 children that lost their lives because of the Catholic Church.

There’s no doubt they are responsible, and so is the Government of Canada," he said. "I am very angry as to what’s coming out since the discovery."

Police are urging anyone with information on the incidents to contact the Penticton RCMP detachment at 250-492-4300.