An adorable but naughty bear cub was caught trying to cross the Alaska border into British Columbia with absolutely no documentation whatsoever. 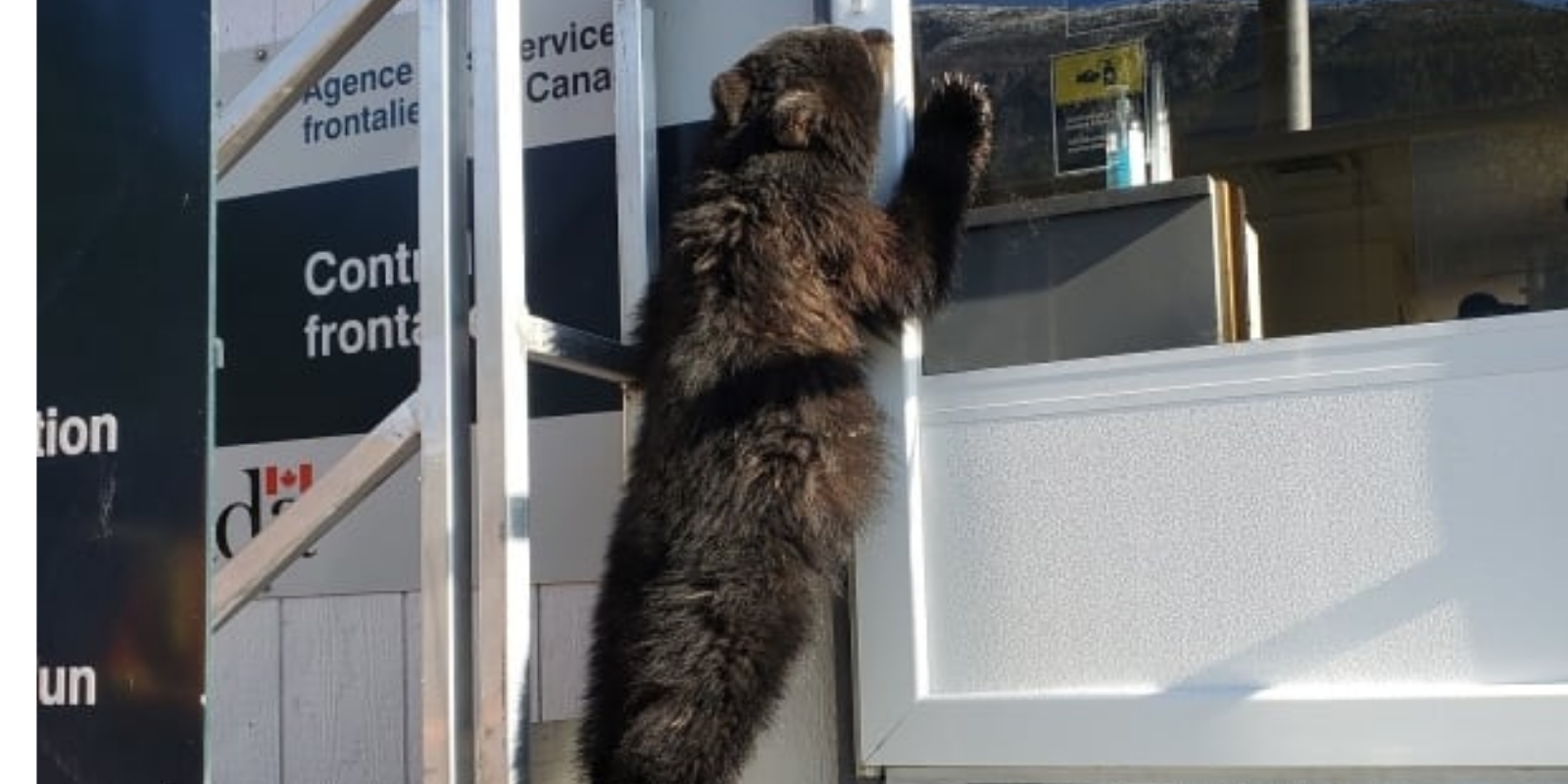 An adorable but naughty bear cub was caught trying to cross the Alaska border into British Columbia with absolutely no documentation whatsoever.

The bear was, naturally immediately detained by the extremely professional agents of the Canada Border Services Agency. In fact, the youngster was seen peering through the office window, so they didn't have to go very far to exercise their duties to keep Canadian borders secure.

According to local news outlet WESH, The CBSA then released a statement to reassure the public and inform them that A traveller sought entry for essential reasons, but had no travel documents." They followed up with "After a forceful attempt on its part to cross the border, our officers moved quickly to apprehend and transfer it to the Smithers' Northern Lights Wildlife Society for the winter."

The bear, dubbed Annie in lieu of being able to read her identification or communicate with her in either one of Canada's official languages, was promptly returned to her own neck of the woods where she belongs and will be safe.

Rumors have been circulating that the bear was perhaps in search of the legendary and delicious black cod available in the Bella Coola area.