US Women’s Soccer Team takes a knee, goes on to lose 3-0 in Olympic opener

Early Wednesday morning, the US Women’s Olympic soccer team lost 3-0 to Sweden during the opening matches of the Tokyo Olympics, ending their longstanding winning streak. 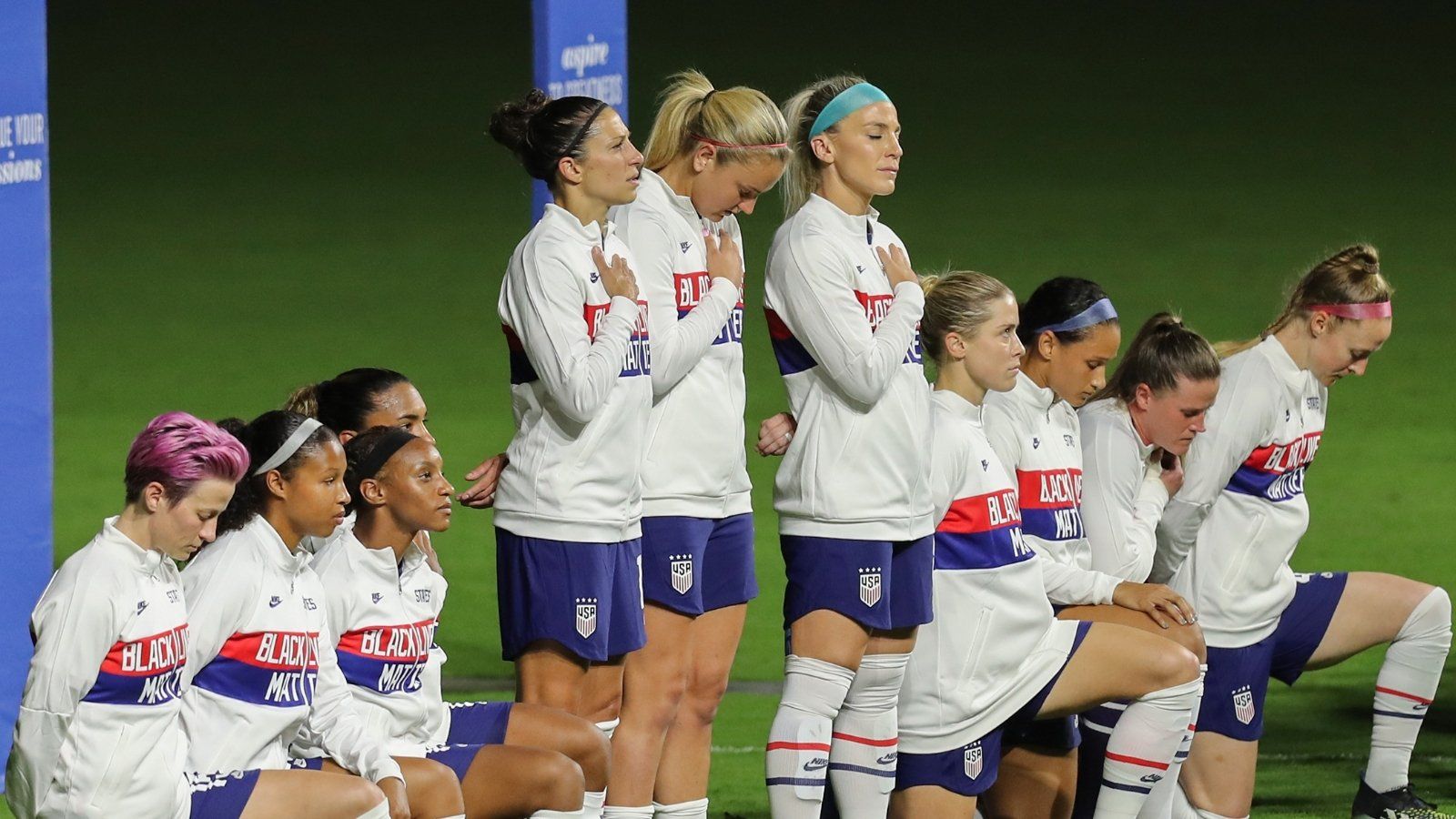 Early Wednesday morning, the US Women’s Olympic soccer team lost 3-0 to Sweden during the opening matches of the Tokyo Olympics, ending their longstanding winning streak.

Before the game, all 22 players of the US and the Swedish teams took a knee in a stadium devoid of fans to protest racial injustices after the International Olympic Committee relaxed some of their longstanding rules on political protests during the games.

According to the Daily Mail, athletes will now be able to take a knee before play begins, wear clothing with protest slogans at press conferences, and speak to the media as well as post online about their political views.

Athletes will still be forbidden to make political statements during events, victory ceremonies, and in the Olympic Village.

The display from the US and Sweden came just an hour after Team GB and Chile made a similar gesture.

"For us it really feels right to stand up for human rights," said Swedish defender Amanda Ilestedt after the team’s victory. "It was a communication with the U.S. team before, so for us it feels good to do that and it is something we stand for as a team."

"Taking the knee was something we spoke about as a group. We feel so strongly and we want to show we're united," said Team GB Captian Steph Houghton. "We want to fight all forms of discrimination and as a group of women we wanted to kneel against it."

"It was a proud moment because the Chile players took the knee too to show how united we are as sport," she continued.

Several players of the US National Women’s Team have protested "racial injustices" in the past, with star Megan Rapinoe becoming the first white woman athlete to kneel during the national anthem soon after Colin Kaepernick did in 2017, according to Yahoo News.

The US team came into the tournament with a 44-game win streak, failing to win only once since January of 2019 after a 1-1 draw with the Swedish team in April.

The US team will face off against New Zealand next on July 24.