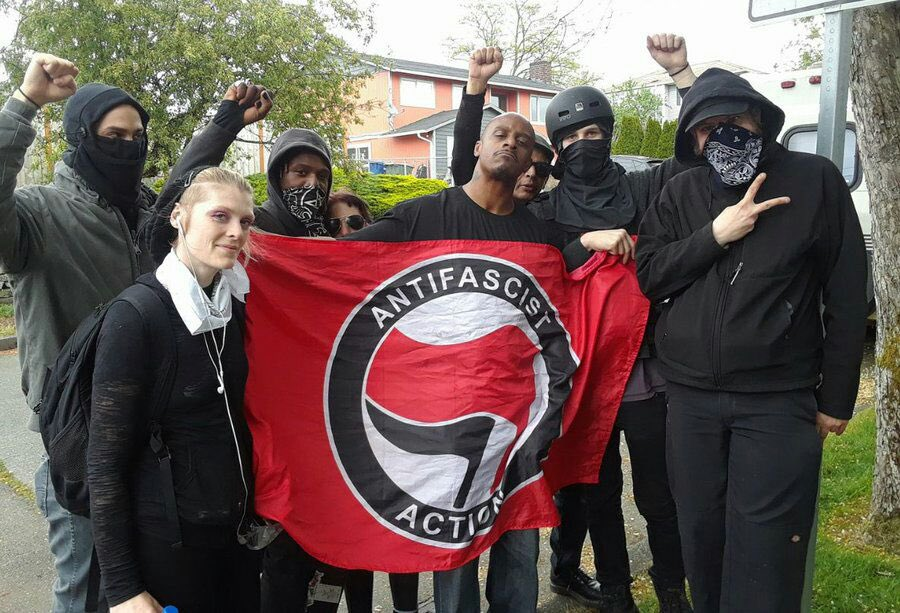 A Pacific Northwest-based antifa activist, Jamal Oscar Williams, with a history of violence and threatening behavior has been released for treatment rather than incarcerated after committing anti-Semitic attacks against a rabbi and a congregant, which classify as felony hate crimes in Seattle.

The Post Millennial was the only media outlet to cover the Williams anti-Semitic attacks in November. According to court documents, Williams “maliciously and intentionally” followed, threatened to kill and assaulted the Jewish men in multiple attacks in October because of their perceived religion.

According to court documents, Williams, 44, who has multiple felony convictions, has been ordered by King County Judge Karen Donohue to participate in the King County Community Center for Alternative Programs (CCAP).

According to their website “CCAP, formerly Day Reporting, holds offenders accountable to a weekly itinerary directed at involving the offender in a continuum of structured programs. The goal of CCAP is to assist offenders in changing those behaviors that have contributed to their being charged with a crime. CCAP provides on-site services as well as referrals to community-based services. Random drug tests are conducted to monitor for illegal drug use and consumption of alcohol. Offenders participating in CCAP receive an individual needs assessment and are scheduled for a variety of programs.”

Williams had previously been enrolled in Sound Mental Health Services, which offers integrated substance abuse and dual diagnosis treatment, with clients receiving individualized recovery programs. He was unenrolled from services previously because he was in custody.

As part of the court order, rather than being incarcerated, Williams is required to return to his apartment through Plymouth Housing. According to their mission statement: Plymouth follows the Housing First philosophy, operating on the principle that people cannot improve their lives until they have a safe, stable place to live.

The order goes on to state that Williams is a graduate of the Fare Start program and plans to re-engage with Fare Start for employment support and to attend their job fairs. Fare Start “…transforms lives, disrupts poverty and nourishes communities through food, life skills and job training.”

As reported by Andy Ngo, “Rabbi Shmuel Levitin and Ephraim Block were operating a permitted religious booth for the Sukkot Jewish holiday in downtown Seattle on October 11 when Williams allegedly approached them and shouted: ‘Jews, Jews, Jews … give me your money!’ He then said he had a gun and was going to kill them. Both Levitin and Block have beards and payots, or sideburns, and were wearing yarmulkes. Levitin is a rabbi at the Chabad of Downtown Seattle.

“Three days later, Williams returned and made similar threats and demands for money. On October 15, Williams followed the men into the lobby of their apartment building. After making more demands for money, he allegedly hurled candy from the concierge’s desk at the men. Police later found and arrested Williams in a nearby area.

“In August 2018, Williams was arrested in Seattle during a counter-protest against right-wing group Patriot Prayer. Last November, he threatened this journalist with death outside Seattle City Hall at a counter-demonstration against a conservative group. On August 17 Williams was in Portland, Oregon, where he was recorded accosting people aggressively during an antifa protest-turned-riot against the Proud Boys. He was also part of a group of people who surrounded and threatened to hurt Julio Rosas, a reporter with the Washington Examiner. Williams was later arrested by Portland Police for disorderly conduct. He did not show up to his court hearing in September and there is a bench warrant for his arrest.

Williams has been given every opportunity available through Seattle and King County services to get his life on track. Yet he has chosen to re-offend time and again. Williams is the poster child for a failed justice system in Seattle.

King County prosecutor Dan Satterberg came under fire for the “revolving door justice system” in that county. In Seattle, the largest city in King County, prolific offenders with dozens of convictions are often arrested only to be quickly returned to the streets. King County and  neighboring Snohomish County became the first in the nation to stop charging people for possessing small amounts of drugs — heroin, meth and crack included — in virtually all cases in 2018.

Seattle offenders are frequently “diverted” to the Law Enforcement Assisted Diversion (LEAD) program. LEAD claims to divert people who don’t belong in jail, to other programs to transition them back into society. This program has won multiple awards and been cited in expansion programs across the country such as New York’s controversial bail reform program.

The New York program allowed multiple offenders in a rash of anti-Semitic attacks in December to go free. Yet the LEAD program is one of the contributing factors of prolific offenders in Seattle.

The LEAD program itself has not produced any data since 2014 to illustrate the program’s success. Programs across the country also rely on the same irrelevant data set. Lisa Dugaard, the director of the LEAD program, continues to trot out the same statistics from 6 years ago as justification for continued funding of the program.

However, according to their own reports, the LEAD Program does not track participants. When asked about this, Dugaard claimed that they are legally barred from releasing any data about participants. While other cities continue to replicate the questionable program, Seattle Mayor Jenny Durkan proposed cutting the majority of the LEAD funding in 2019 as part of her 2020 budget, pending an investigation into the effectiveness of the program.

When a system is established which views all criminals equally as potential victims of the system itself, someone who has committed multiple hate crimes is bound to be treated the same as a teenager who is a first-time drug offender. This dangerous system is responsible for the release of hundreds of prolific offenders like Williams, compromising public safety.