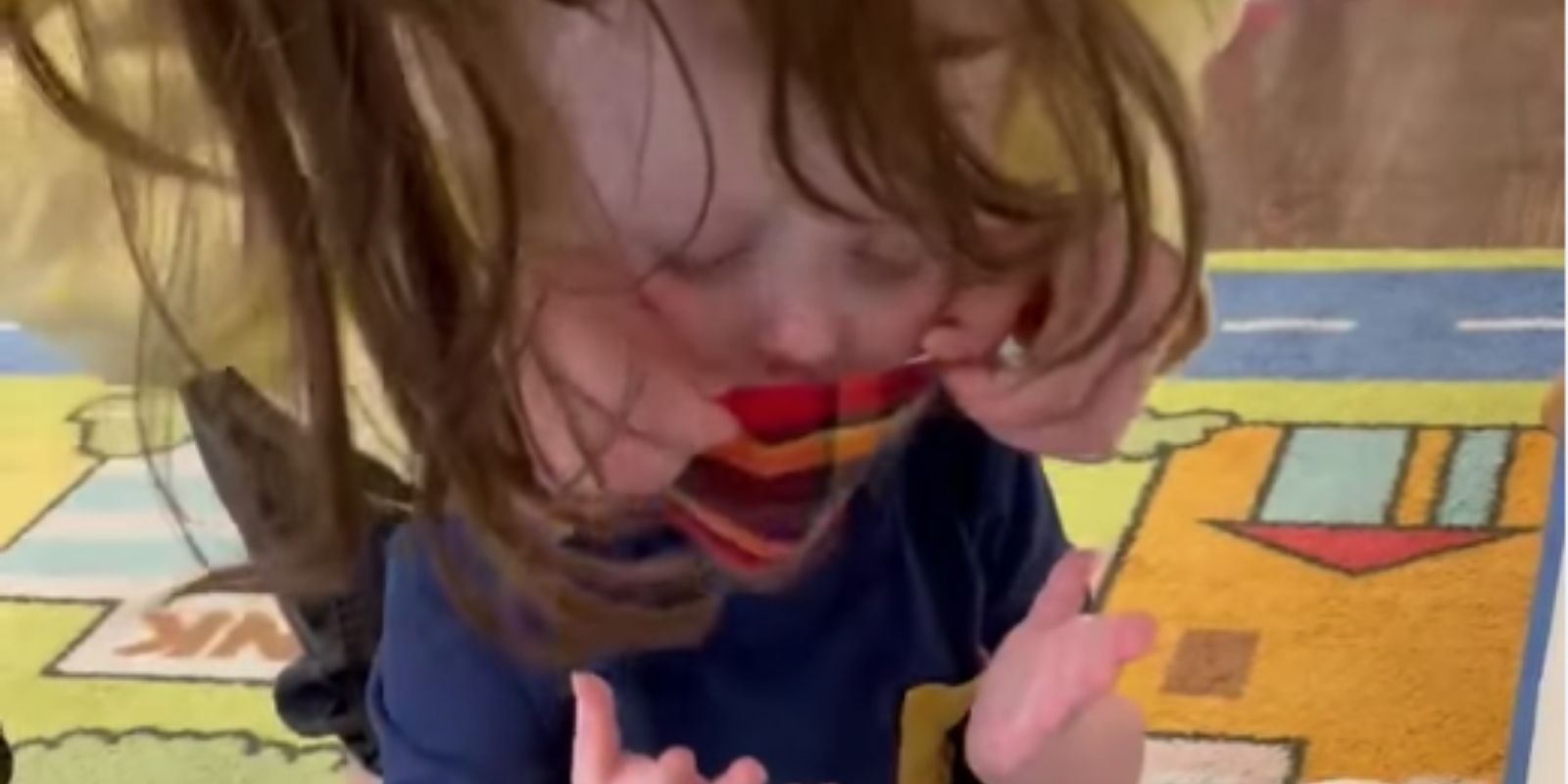 The video shows the child repeatedly taking the mask off and protesting. At one point he even says "No! That's not right!" of his own volition.

"This is my poor kid at daycare today so I can work," commented Ann Walker, the mother of the child, in the caption to the video, joining her voice to the growing chorus of parents concerned about mask mandates for children:

"Point of clarification: I'm not upset with his daycare they are attempting to comply with the mandate. I love where he is. I'm pissed out our governor and OCFS who think mandating two-year-old to wear a mask 7-10 hours a day is at all necessary," continued Walker.

The mandate, similar to other mandates in other US states, does indeed require toddlers in day care centers in New York State to wear the masks for a period over the day which can easily add up to more than eight hours at a time in many cases.

The video got a whopping three-million-plus views in its first 24 hours online. Naturally, many people shared and commented their thoughts on what they feel in some cases constitutes abuse:

"This is not science. It's political virtue signaling. And really cruel to kids," states Sen. Ted Cruz (R-TX):

Former New York Times editor and successful online personality Bari Weiss comments, "Watch this and think about Gavin Newsom at the French Laundry. Or AOC at the Met Gala. Or London Breed['s] partying weekend at the nightclub in the Tenderloin."

Rep. Thomas Massie (R-KY) iterates, "How is this helping children? IT'S NOT. Please stop the cruelty."

"Do not tell me this isn't child abuse. Forcing a child to do something that has NO benefits and only causes harm is abuse," asserts Allie Beth Stucky, the protagonist of the "Relatable" podcast: