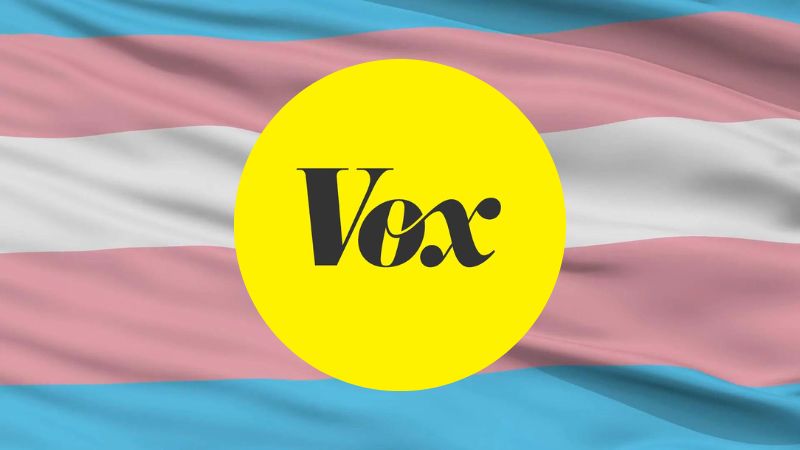 Hannah Nightingale Washington DC
Oct 2, 2022 minute read
ADVERTISEMENT
ADVERTISEMENT
In a piece published by Vox on Thursday titled "What’s so scary about a transgender child," the outlet argues in support of the medicalized gender transitions of children and young teens, which in many cases is irreversible, causes sterility, and deprives that individual of any future sexual satisfaction.

The piece takes aim at the "wait-and-see" approach at treating transgender children and teens, in which treatment would likely be delayed until they reach their later teens or adulthood, and takes aim at parents as well, who they say are holding their trans children back.

"Too often, parents make the assumption that, well, sure, maybe trans people exist, but it’s good to take a wait-and-see approach with kids, because that’s safer than those kids undergoing hormone therapy or more invasive procedures they might later regret. It seems to make intuitive sense in a society that privileges the cis experience, and it is natural for parents to want to protect their children at all costs," wrote the piece’s author, Emily St. James, a senior correspondent for Vox who is transgender.

The piece also stressed the consequences of parents not affirming their transgender child, citing heightened suicide rates and declining mental health the longer a transgender individual goes without transitioning. These things have been debunked.

St. James cited Jack Turban, a professor of child and adolescent psychiatry at the University of California San Francisco, who said that “The risks of withholding gender-affirming care vary from patient to patient but often involve things like worsening anxiety, depression, and suicidality."

"Recent legislation to take gender-affirming medical care as an option away across the board is extremely dangerous and will lead to bad outcomes," he added.

Leor Sapir, a Fellow at the Manhattan Institute and researcher with a PhD in Political Science, debunked this idea, finding that surveys of suicidality in "trans" youth rely on self-reported attempts, and fail to look deeper into whether an attempt on their own life was actually committed.

As The Post Millennial previously reported, "Studies that claim "trans" youth are at elevated risk of suicide are commonly compared with average mentally healthy teenagers, which is deeply misleading. When researchers compared 'trans' youth with teens suffering from similar mental health problems, there was virtually no difference in suicide rates between the groups. 'Trans' youth are not any more suicidal than teens with garden variety mental illness, which means that failing to 'affirm' a child’s transgender identity does not drive suicidal behavior."

Citing numerous stories of other transgender people who were prevented from transitioning at a young age, they expressed the anxiety, anger, and resentment that these people have grown up with, and the relief that they felt when they finally were able to transition.

"The risks inherent in treating a child’s trans identity as a temporary fancy can be considerable. Most obviously, keeping a teenager from transitioning before puberty can make a teen’s mind and body seem as though they are traveling away from each other at light speed," wrote St. James.

While the idea of a transgender child is not necessarily new, what Vox fails to note is the astronomical rise in children identifying as transgender and seeking treatments.

Jay Richards, William E. Director of the Heritage Foundation’s Richard and Helen DeVos Center for Life, told a conference in September that in a single decade, Tavistock saw the number of patients coming in with gender dysphoria increase by 4,400 percent.

St. James also stressed that drugs being used to suppress puberty in transgender teens is wrongly being deemed as "experimental," though St. James later noted that "puberty blockers were first developed for cis children, and they have been used for early-onset or what is called 'precocious puberty' since the 1980s, gaining approval from the Food and Drug Administration in 1993." The drug maker, Lupron, does not recommend use of these drugs for more than 3 months. 'Trans' children are often on them for years, resulting in non-functional genitals, broken reproductive systems, and bone loss, as well as other side-effects of stopping natural development to adulthood.

It was for this reason that Texas Attorney General Ken Paxton launched an investigation into pharmaceutical companies earlier this year that allegedly promoted puberty blockers for non-FDA approved uses.

St. James states that through the process of transitioning through childhood, from socially transitioning, to puberty blockers, to hormones, and finally to surgeries, the more severe of these treatments usually don’t begin until 16.

St. James does note the new edition of the World Professional Association for Transgender Health standards of care, which recommends to healthcare providers that there should be no minimum age for hormones, and severely dropped the ages for surgeries.
ADVERTISEMENT
ADVERTISEMENT
Vox trans