"Assigning a proven liar to the veterans' committee is also shameful and political pandering. Clyde Shavers is unfit for public office, let alone to serve on the House Veterans Affairs committee." 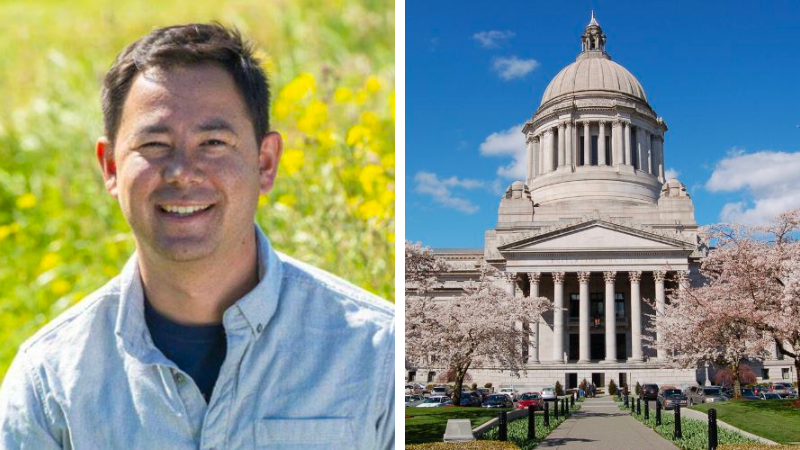 Ari Hoffman Seattle WA
Jan 16, 2023 minute read
ADVERTISEMENT
ADVERTISEMENT
Democrats in the Washington Legislature have appointed one of their members who lied about his military history—other details of his background in order to win an election— to the chamber's veterans' committee.

It was revealed during his campaign to become a member of the Washington State House, that Clyde Shavers claimed to have served aboard a submarine but had in fact served in the Navy’s public affairs office.

Shavers also claimed he was an attorney, but has not passed the Washington state bar exam.

According to the Lynnwood Times, Shavers' father Brett who made the falsehoods public also alleged that Clyde "exaggerated his mother's immigration status, has not experienced homelessness, did not grow up in a farming family and does not reside in the 10th Legislative District" all of which his son had claimed.

After the falsehoods became public, the Everett Herald Editorial Board yanked their endorsement of the Democratic candidate, but Democratic PACs continued to pour money into the campaign.

According to Washington state law, if Shavers resigned, Democrats could pick a successor to finish his term. However, no Democrats have called for the freshman representative to resign, and instead he has been assigned to multiple House committees including Vice Chair of the Education committee and is a member of the Capital Budget committee as well as the Innovation, Community & Economic Development, and Veterans committee.

Comparisons have been drawn locally to New York Republican Congressman George Santos who lied about almost every aspect of his background. Republicans and Democrats alike have called for the congressman to set down, yet Washington Democrats continue to remain silent on Shavers.

Kevin Carns, director of the Reagan fund and the House GOP Leadership PAC told The Post Millennial, "Clyde Shavers has an impressive resume. He legitimately graduated from Yale law school and the Naval Academy. He did not serve on a submarine like he claimed multiple times. He moved to the tenth LD just to run for office."

"He claimed multiple times in public forums and documents that he was an attorney," Carns continued. "He actually failed the bar. That is a crime. So is stolen valor for personal gain. When the House Democrats learned about this, they doubled down their support for him. That is shameful. Assigning a proven liar to the veterans' committee is also shameful and political pandering. Clyde Shavers is unfit for public office, let alone to serve on the House Veterans Affairs committee."

Washington state Republican Party Chair Caleb Heimlich told The Post Millennial, “It is beyond ridiculous that the Democrats put serial liar Clyde Shavers on the Veterans Committee and made him vice chair of the education committee. Democrat leadership in is motivated by power and clinging to control of the government, more than doing what is right."

He added, "These committee assignments are intended to burnish his very tarnished reputation and help him in his re-election bid in 2024. It won’t work. The voters recognize Shavers as a liar, and we will be sure to remind them for the next two years.”
ADVERTISEMENT
ADVERTISEMENT
wash state vet comm