In June, Miller was accused of grooming a now-18-year-old activist from the age of 12. According to court documents the parents claimed that Miller had been manipulating and controlling their daughter since 2016. 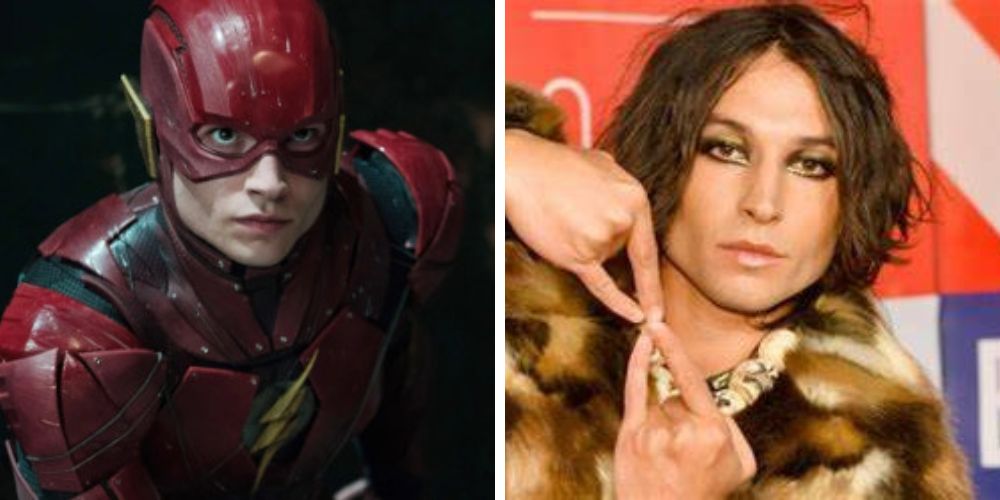 The future of the Warner Brothers film The Flash remains uncertain as the movie’s non-binary star Ezra Miller continues to make headlines for various arrests. According to the Hollywood Reporter, shelving the film is an option as a "last resort."

The studio and its new parent company Warner Bros. Discovery had hoped to avoid the controversies since the big-budget DC superhero franchise film won’t be in theaters until June 23, 2023.

According to the outlet, the studio is considering three options. The first is that 29-year-old Miller will seek professional help. In that scenario, Miller, who identifies as non-binary, could give an interview to explain the behavior, then do limited press for the movie’s release, and The Flash could open as scheduled.

In the second scenario, as reported by the outlet, Warners could still release the film, but Miller would not play a prominent role in the publicity for the movie and the role of the Flash would be recast for future films.

The third option would be considered if Miller’s situation "deteriorates further," according to the Hollywood Reporter. In that scenario, Warners would shelve the movie because it could not be reshot with a different actor as Miller plays multiple characters and is in almost every scene.

Miller was charged with felony burglary on Monday for allegedly stealing bottles of alcohol from a home in Vermont home. Following an investigation that included reviewing surveillance videos, police found probable cause to charge the actor.

The Flash lead was previously arrested in Hawaii in April and booked on suspicion of second-degree assault. According to the police report, Miller was attending a get-together at a private residence and "became irate after being asked to leave and reportedly threw a chair, striking a 26-year-old female on the forehead."

Miller was seen choking a woman out and assaulting her in a viral video that has enraged and disappointed fans, according to Variety.

Those charges followed a March arrest on charges of disorderly conduct and harassment stemming from an incident at a karaoke bar in Hilo, Hawaii.

In June, Miller was accused of grooming a now-18-year-old activist from the age of 12. According to court documents obtained by People Magazine, attorney and activist Chase Iron Eyes and his wife Sara Jumping Eagle claim that Miller had been manipulating and controlling their daughter Tokata Iron Eyes since 2016.

The parents alleged that Miller gave their daughter alcohol and drugs including LSD and marijuana, and exhibited a "pattern of corrupting a minor."

On Wednesday, Rolling Stone reported that Vermont’s child services department is trying to find a mother and three children who have allegedly been living at Miller’s farm which is located in the state.

The film also stars Michael Keaton and Ben Affleck as different versions of Batman. The Flash was expected to help in reviving the floundering DC Extended Universe.

Earlier this month, new Warner Bros. Discovery CEO David Zaslav shelved Batgirl, a $90 million movie made for HBO Max. Zaslav opted to take a tax write-down on the project and pivot away from streaming DC movies.

Earlier this week, Daliland, the Salvador Dali biopic, in which the actor plays a young version of the artist, left Miller out of its press release announcing the film’s debut at the Toronto Film Festival.