"I further consent to, and agree to facilitate, a review of any of my social media accounts immediately upon a request by a representative of the Commission. I understand that failure to facilitate such a review when requested may result in decertification action," the declaration states. 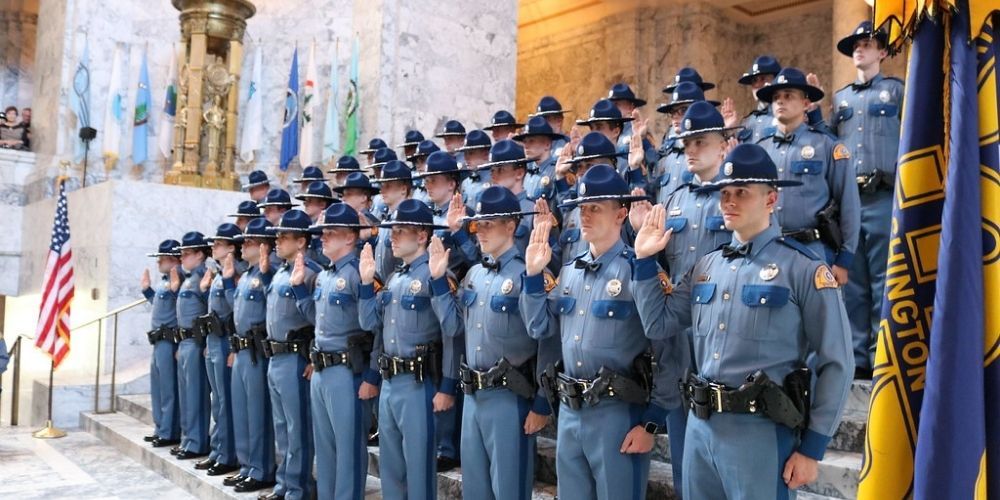 Washington state law enforcement officers are now being required to hand over their personal social media accounts upon request or risk decertification under new substitutions in Democratic Senate Bill 5051.

As a condition of keeping employment under RCW 43.101.095, law enforcement officers are forced to consent to a review of all personal social media accounts immediately at request of a representative of the Commission. Failure to comply to the Commission's requests may result in decertification.

Due to the substitute in SB 5051, when law enforcement officers apply for certification to the Commission, the application states that officers must consent to the release of all personnel files including access to their social media accounts. "I herby authorize, and consent to, the release of my personnel files, including disciplinary, termination, civil or criminal investigation, or other records of information that are directly related to any certification or decertification matter before the Commission."

"I further consent to, and agree to facilitate, a review of any of my social media accounts immediately upon a request by a representative of the Commission. I understand that failure to facilitate such a review when requested may result in decertification action," the declaration states.

In addition, the substitute in Senate Bill 5051 blocks police unions from being able to fight against the requirements on behalf of the officers. "The release of information may not be delayed, limited, or precluded by any agreement or contract between the officer, or the officer's union, and the entity responsible for the records or information," SB 5051 states.

However, the substitute states that law enforcement officers are not required to provide the Commission with their login information.

This declaration is yet another example of state government officials directly impeding on the constitutional rights of law enforcement officers in the state of Washington.

In addition, Washington state legislators passed a series of police reform bills that recently went into effect which significantly limit the level of service law enforcement officers provide to the public.