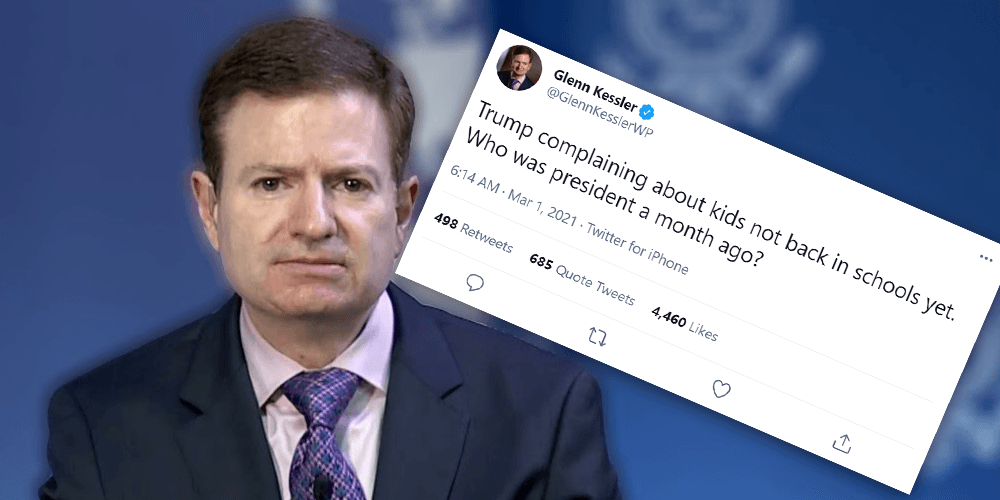 During former President Donald Trump’s speech at CPAC 2021 in Florida, Trump slammed President Joe Biden for keeping schools closed against scientific recommendations made by the CDCand the scientific community.

Dr. Anthony Fauci, who heads up the task force against the pandemic has called upon state governments to reopen the schools, although he has somewhat backtracked in recent days by calling the situation “complicated.”

Posting on Twitter, Kessler, the Washington Post’s leading fact checker, tweeted: “Trump complaining about kids not back in schools yet. Who was president a month ago?”

Kessler was savagely mocked for his remark on Twitter, with many pointing out his error.

Glenn might need to go back to school. Reopen the schools, Mr. Biden.