For months after the incident, management chose to ignore the women. Left-wing media outlets like Slate said it was a "transphobic hoax." This led to months of sometimes violent protest around the Spa, with the dominating narrative being that these women were all perpetuating a hoax. 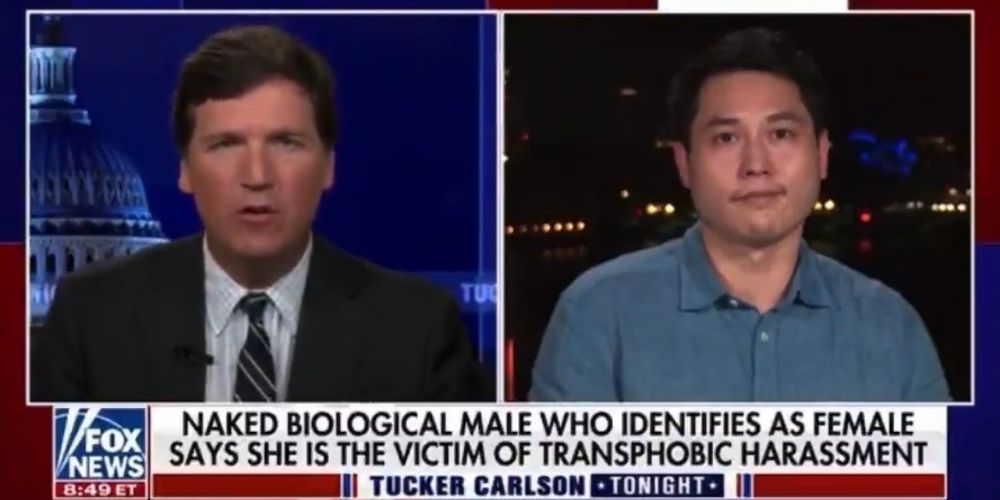 The Post Millennial's editor-at-large Andy Ngo joined Tucker Carlson on Fox News Thursday to discuss his exclusive report for New York Post which revealed that charges of indecent exposure have been filed against a trans-woman who exposed their genitalia to a little girl and several women during a June incident at a California spa. The biological male who self-identifies as a trans-woman, Darren Agee Merager, is a tier-one registered sex offender with multiple felonies.

"As a gay man, LGBT stories interest me, but as a journalist, the truth matters the most," Ngo said. "The truth here is that four women and a minor girl, all people of color, came forward to authorities, despite the pressure that they were facing from the public. The LAPD were completely silent for two months throughout this investigation which seemed like they were trying to make the story go away or was giving some legitimacy that there wasn't merit to the original claims," Ngo continued.

For months after the incident happened at Wi Spa, management chose to ignore the women. Left-wing media outlets like Slate said it was a "transphobic hoax." This led to months of sometimes violent protest around the Spa, with the dominating narrative being that these women were all perpetuating a hoax.

"But, I kept digging," Ngo said. "I saw that on Monday of this week, there was some discrete charges filed against the suspect and looking into this individual's history, you'll see that there are sex crime convictions. This is a registered sex offender in the state of California."

Journalist Andy Ngo said that he interviewed convicted sex-offender Merager, and during the interview, Merager denied all wrongdoing and claimed that he was the victim of "transphobic sexual harassment," despite flashing partially erect genitalia to a young girl.

"I think what's disappointing about how this all played out is that the people who previously say 'believe all women,' when women and girls were speaking out they were silenced," Ngo explained.

This story is a conclusion to the viral three-minute Instagram video, originally posted by "Cuban Angel," a woman can be heard ranting in a clip, claiming to spa staff that a naked man was in the women's section at Wi Spa in Koreatown. "He is a man," states in the video. "He is not no female," she insists. According to the woman, the biological male was harassing women by exposing herself in the women's section.

"Wi Spa, so it's okay. I just want to be clear with you. It's okay for a man to go into the women's section, show his penis to young little girls. Your spa, Wi Spa, condones that," she said. "Girls down there, other women who are highly offended by what they just saw and you did absolutely nothing. You sided with him. Wi Spa is in agreement," the woman says to the workers at the spa's front desk.

Despite a warrant out for his arrest and several women coming forward, Merager told the Post that "Everything about the Wi Spa was a bunch of garbage and lies." The sex offender plans to turn herself in to the LAPD.