WATCH: Australian senator speaks out after he was forced into quarantine camp despite negative COVID-19 test

"I've never been more concerned about the things that are going on in this country," Antic said. 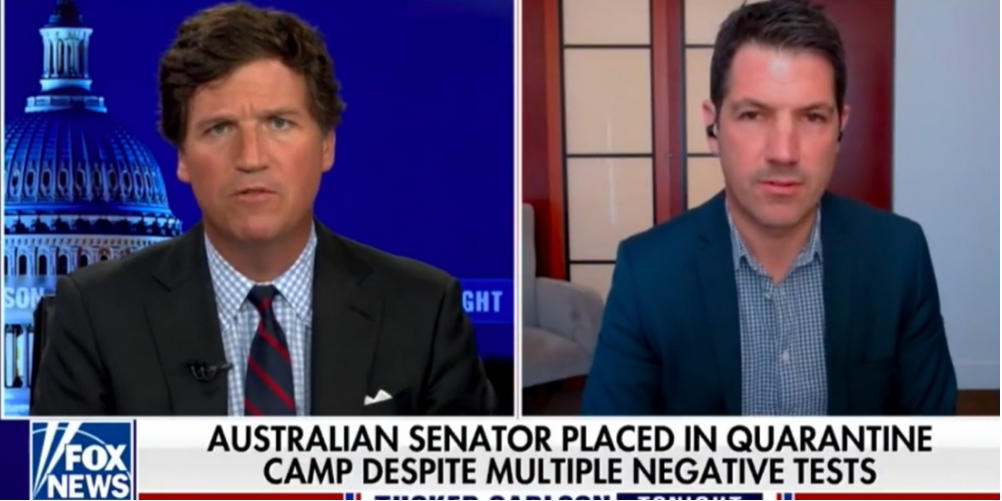 South Australian Senator Alex Antic joined Fox News host Tucker Carlson's show on Thursday to discuss Australia's tyrannical COVID-19 policies and how he was forced into a quarantine camp despite testing negative for the coronavirus.

Antic, who remains in detention, has heavily criticized Australia's COVID-19 policies and is expected to receive a bill from the government for his quarantine fees. "I have been concerned about some of the powers that have been gifted to the unelected bureaucracy in this country for a long period of time," he told Carlson.

"I've spoken about them quite forcefully and, in fact, I've been seeking documentation from local health bureaucrats very recently...and a week before I was told, upon return from my job in Canberra, I was told to go to a hotel that has been turned into a detainment facility," Antic explained on-air.

Antic explained that 10 minutes before the Australian government told him to go to the quarantine facility, a journalist called and told him the details that he had yet to find out about. This resulted in him believing that he was targeted because of his opposition to the government's draconian COVID-19 policies.

"When I arrived at the airport, there was a camera crew, a photographer, and a journalist there to capture," Antic told Carlson on Thursday evening. "The message is real if people want to speak out, if they can do this to me they can do this to anyone. I'm concerned about the things going on in this country."

"This is the lesson for the United States. Parliaments all over the country in Australia have gifted unrivaled powers to their bureacrats. And they did so on the basis that we were told, 'It's two weeks to flatten the curve.' Never on the basis that it would be two years to keep people locked down and mandate vaccinations."

"The bureacrats everywhere across the world, but certainly in Australia it's true, they never like to get out of the warm bed of power and coercive control," Antic of South Australia said in the Fox News segment.