When the recent Walmart shooting in Virginia was brought up, Biden called for stricter gun laws, and said the fact Americans are still able to buy and sell semi-automatic weapons is "sick." 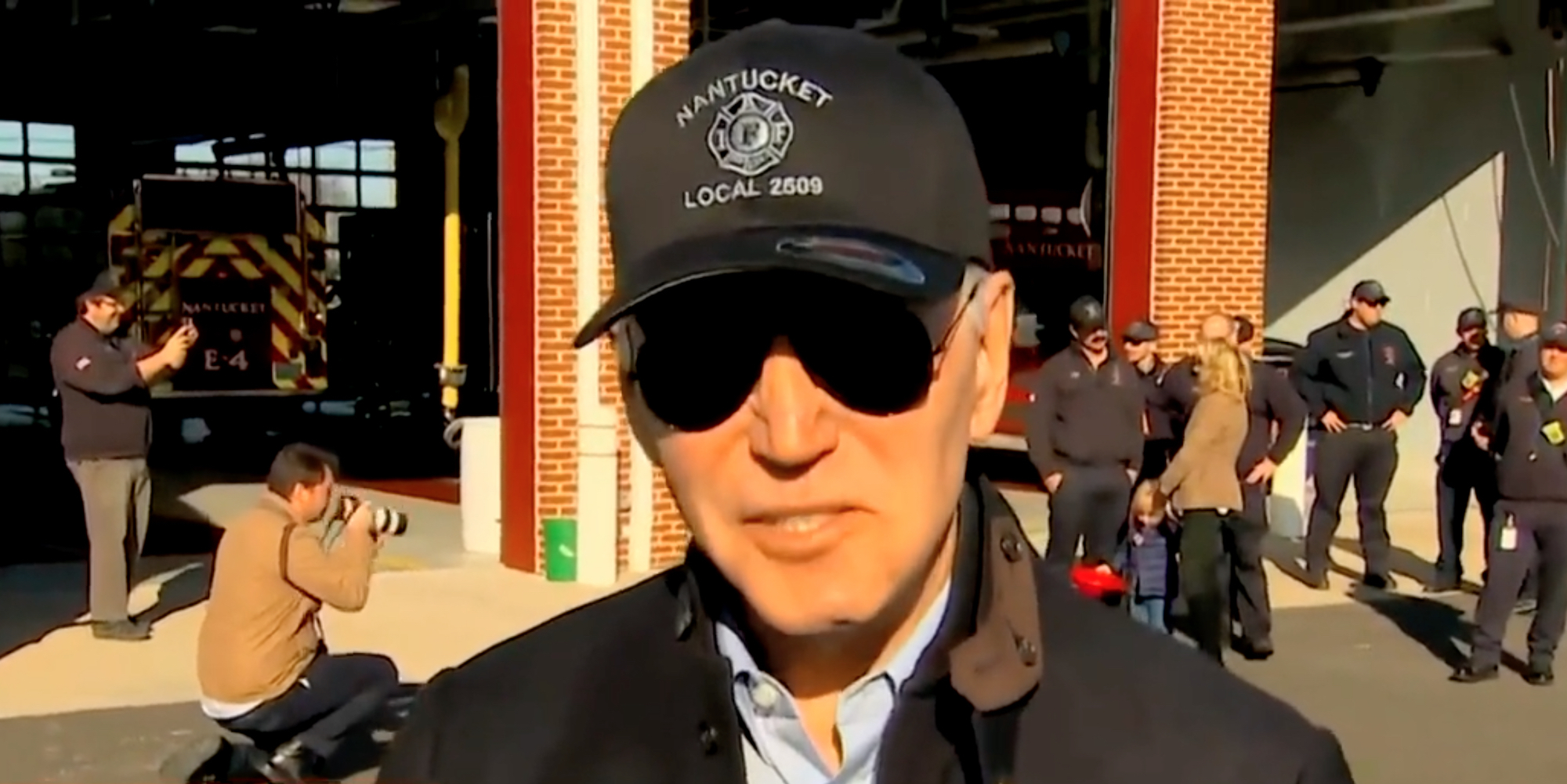 After visiting with firefighters in Nantucket, Massachusetts on Thursday, President Biden took questions from reporters.

When the recent Walmart shooting was brought up, Biden called for stricter gun laws, and said the fact Americans are still able to buy and sell semi-automatic weapons is "sick."

"Can you comment on the Walmart shooting, Mr. President?" a reporter asked.

"I'm sick and tired of these shootings," he replied. "We should have much stricter gun laws." After moving closer to the press and wishing everyone Happy Thanksgiving, he went back to addressing the issue.

"Look, the idea that we're not enforcing red-flag laws, period, just based on knowledge, not on parents saying or a loved one saying you should arrest this person now for his own sake, is ridiculous," Biden said. "We got one of the first red-flag laws in the state of Delaware, and my son Beau was the one enforcing it, and it made a lot of difference. It saves lives."

"Number two," he continued, "the idea we still allow semi-automatic weapons to be purchased is sick. It's just sick. It has no, no social redeeming value. Zero. None. Not a single, solitary rationale for it except profit for the gun manufacturers."

When asked what he planned to do to crack down on guns over the next two years during his "lame duck," Biden said he would "try to get rid of assault weapons."

During his tenure, Biden has remained steadfast in his desire to rid the United States of assault weapons, however, data shows that their use makes up just a fraction of all gun-related crimes.

Assault weapons are more common, however, in mass shootings. The perpetrators of the Pulse Nightclub, Sandy Hook, Las Vegas, and Texas First Baptist Church massacre all used such weapons.