WATCH: Biden says EVs can be used to power homes during storms

While the technology does exist in a limited capacity, the cost is prohibitively high for the vast majority of Americans. 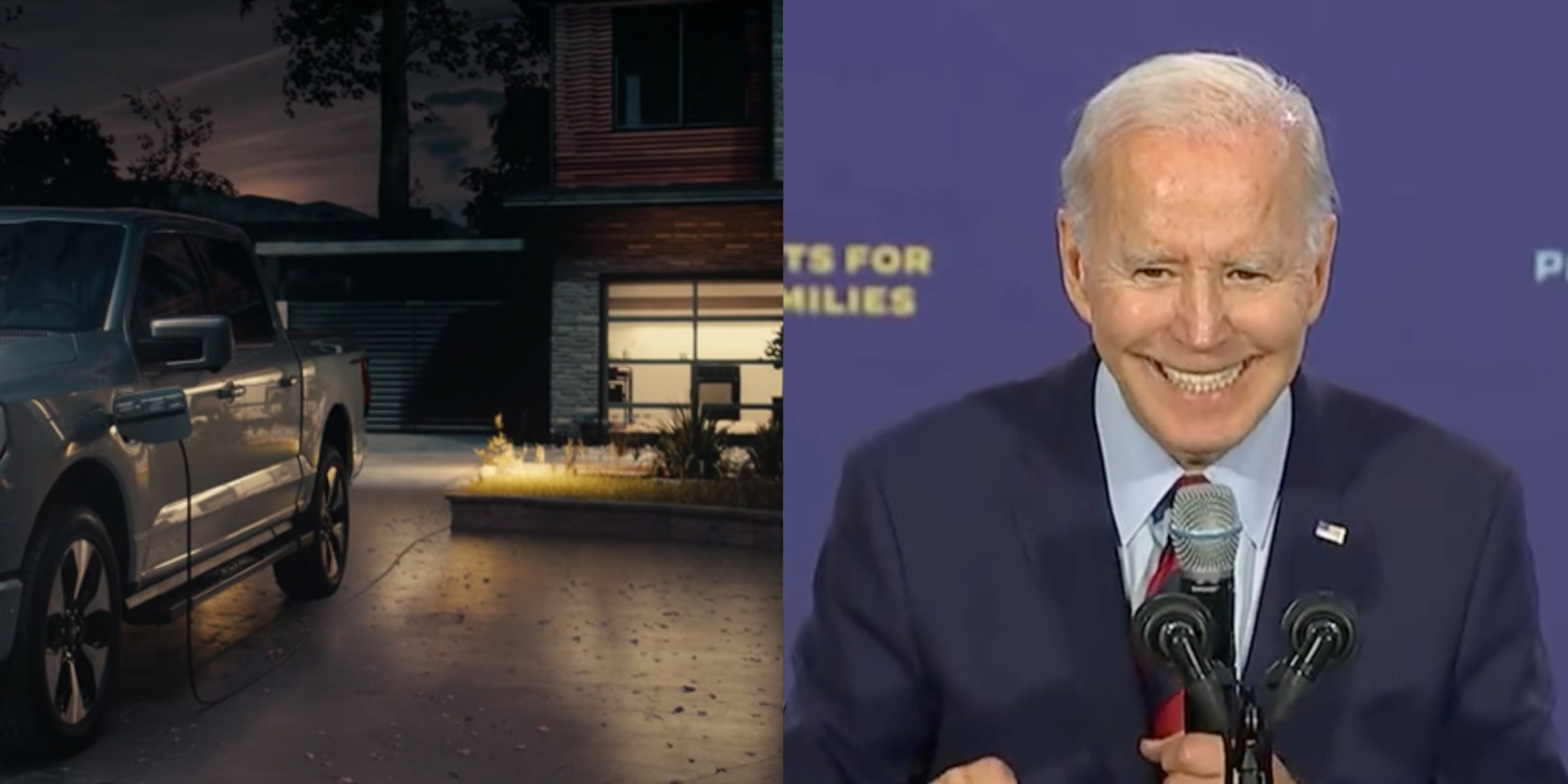 On Wednesday, President Biden delivered remarks on the state of American labor unions and infrastructure, emphasizing his administration's desire to see the country move towards more eco-friendly forms of transportation and energy.

While discussing such technologies, Biden claimed that electric vehicles could keep homes lit up when storms cut off power.

"The Center for Energy Workforce Development and Urban League are working with the IBW right now to train thousands of workers to build and maintain charging infrastructure for electric vehicles all across the country," Biden began.

"You know the batteries that we have now," he continued, "they're getting more and more sophisticated. You know, a lightning storm takes out all the electricity in the house. Guess what? You can plug your car into the house and make it light up!"

Biden went on to say that the idea of using a car to charge a house was "exciting," earning applause from the crowd.

While the technology does exist in a limited capacity, the cost is prohibitively high for the vast majority of Americans.

According to Car and Driver, vehicles that support "Intelligent Backup Power," such as the all-new electric Ford F-150, start at around $53,000. Ford is the first company to announce a vehicle with such a capability.

On top of that, customers will have to shell out another $5,000 to buy a Charge Station Pro and Home Integration System, which converts the DC current from the vehicle to AC current used in most homes. This alone is roughly what it costs to buy a decent diesel or propane generator.

The extended-range models come with the technology and charging station included, however they are $20,000 more expensive.

The most popular electric vehicle manufacturer, Tesla, has repeatedly warned customers against attempting to power their homes with the vehicle, which is possible using an inverter.

According to Electrek, in 2021 the company stated that meddling with the vehicle in this way would void the warranty and likely result in damage to the battery pack and powertrain system.