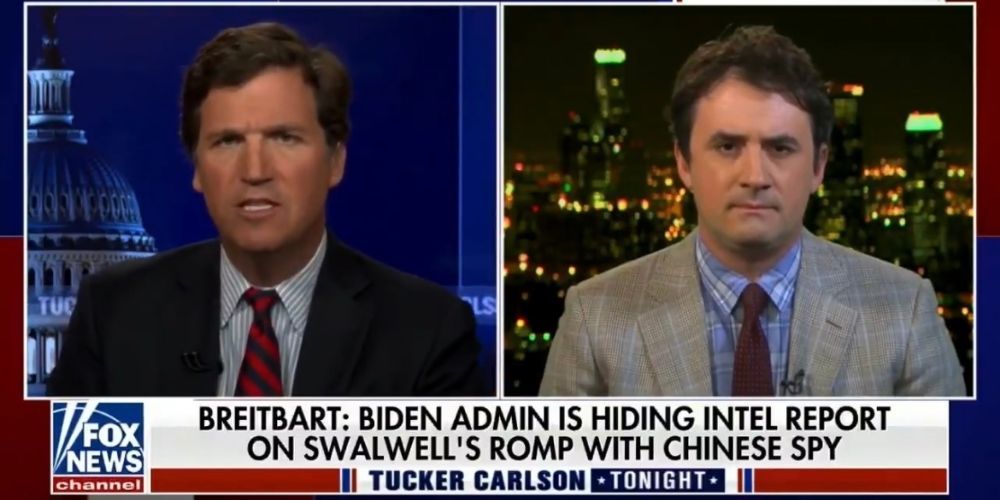 "We knew Fang Fang was infiltrating operations within the United States, various offices, and having relationships with up and coming politicians before she before she abruptly left the country a few years ago. And we knew she had an intimate relationship with Swalwell," Marlow continued. "We just didn't know the extent to which it was intimate."

"Well, now apparently we do according to this report, which as of now Swalwell hasn't denied, Tucker. This is deep penetration inside the Swalwell operation by the Chinese government," Marlow told Carlson.

The editor-in-chief of Breitbart News went on to slam the Biden administration for not releasing the classified documents to the public and questioned what other Congressmen could have been compromised by having relationships with Chinese spies.

"As far as we know, the only reason to keep this report a secret, to keep it classified, is to protect Eric Swalwell's feelings, or maybe to save face for Pelosi and Adam Schiff, the chair of the committee, who's covered for Swalwell this entire time," Marlow continued.

"This is not a joke," he said. "This is a deeply compromised individual and we don't know the extent to which he's been compromised, or if there are other spies out there."

"They won't come clean with us in terms of who is on these committees and how much detail is known, not just by our own intelligence agencies, by the way, who sort of stumbled upon this story, but how much information do people like Fang Fang knows, and other communist spies, have about our Congress people," Marlow expressed.

Last December, it was discovered that Democrat Congressman Eric Swalwell, who is on the US Intelligence Committee, had a sexual relationship with a Chinese spy named Fang Fang. Fang targeted political figures through campaign fundraising, extensive networking, personal charisma, and romantic or sexual relationships.