WATCH: Charlie Kirk and Matt Peterson on how the Biden admin is criminalizing dissent

"Americans have to wake up and realize that what's happening here is extremely serious," Matt Petersen said about Democrats' weaponization of government. 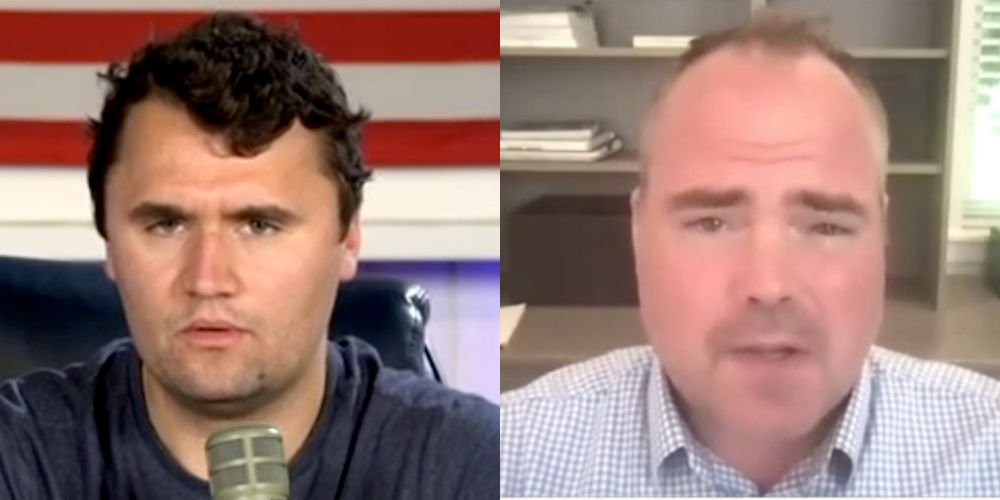 On his Friday episode of the "Charlie Kirk Show," the Kirk spoke with co-founder of New Founding, Matt Peterson about the irresponsibility of Democrats in office and how the Biden administration is going about criminalizing dissent.

Kirk spoke about an article from MSNBC that praised Merrick Garland for being the kind of Attorney General who would target former President Donald Trump and his allies and then asked Peterson, "What is your take on this outright, naked, and public weaponization of government against political opponents?"

"Americans have to wake up and realize that what's happening here is extremely serious," Peterson said. "I don't see how you get back to normal anytime within our lifetimes," he told Kirk.

Nancy Pelosi's January 6 committee has been investigating the events of that day in granular detail. As it continues pressure mounts on Garland's DOJ to formally charge Trump with Obstruction and Defrauding the United States.

Trump was also impeached and acquitted twice and the Department of Justice is currently investigating Trump's conversations and phone records surrounding his claim that the 2020 election should have gone in his favor.

On July 22, Former Trump advisor Steve Bannon was found guilty by a DC court of contempt of Congress after defying a subpoena from the House's January 6 committee.

Petersen said that the Democrats are "criminalizing dissent" and therefore "starting a cycle" where both political parties will have to engage in the same behavior until only one emerges victorious.

"This is a desire for a one party state" and is the "height of irresponsibility," Petersen said.

After the Roe v. Wade decision leaked, many Democrats openly called for the harassment of conservative justices. In June a failed assassination attempt was made on Justice Kavanaugh's life.

Petersen said that what the Democrats are doing has thrown  the country into a conflict that can only escalate. "They are purposely doing what they accused the other side of," Petersen noted, "they're escalating political conflict in the United States in a way that's extremely unhealthy."

Petersen answered: "Republicans need to be screaming about this and doing everything they can if they have political power to leverage that power against it."

He suggested that, once in power, the GOP should "clean out these agencies and these departments," essentially purging the deep state, something Trump has suggested.

"So this is why taking over Congress is important."