WATCH: Trudeau's deputy PM PANICS and puts on mask for the cameras

Freeland notices that she's on camera or that the event is about to start, puts her mask on, and then removes the mask once it was her turn to speak, just 20 seconds later. 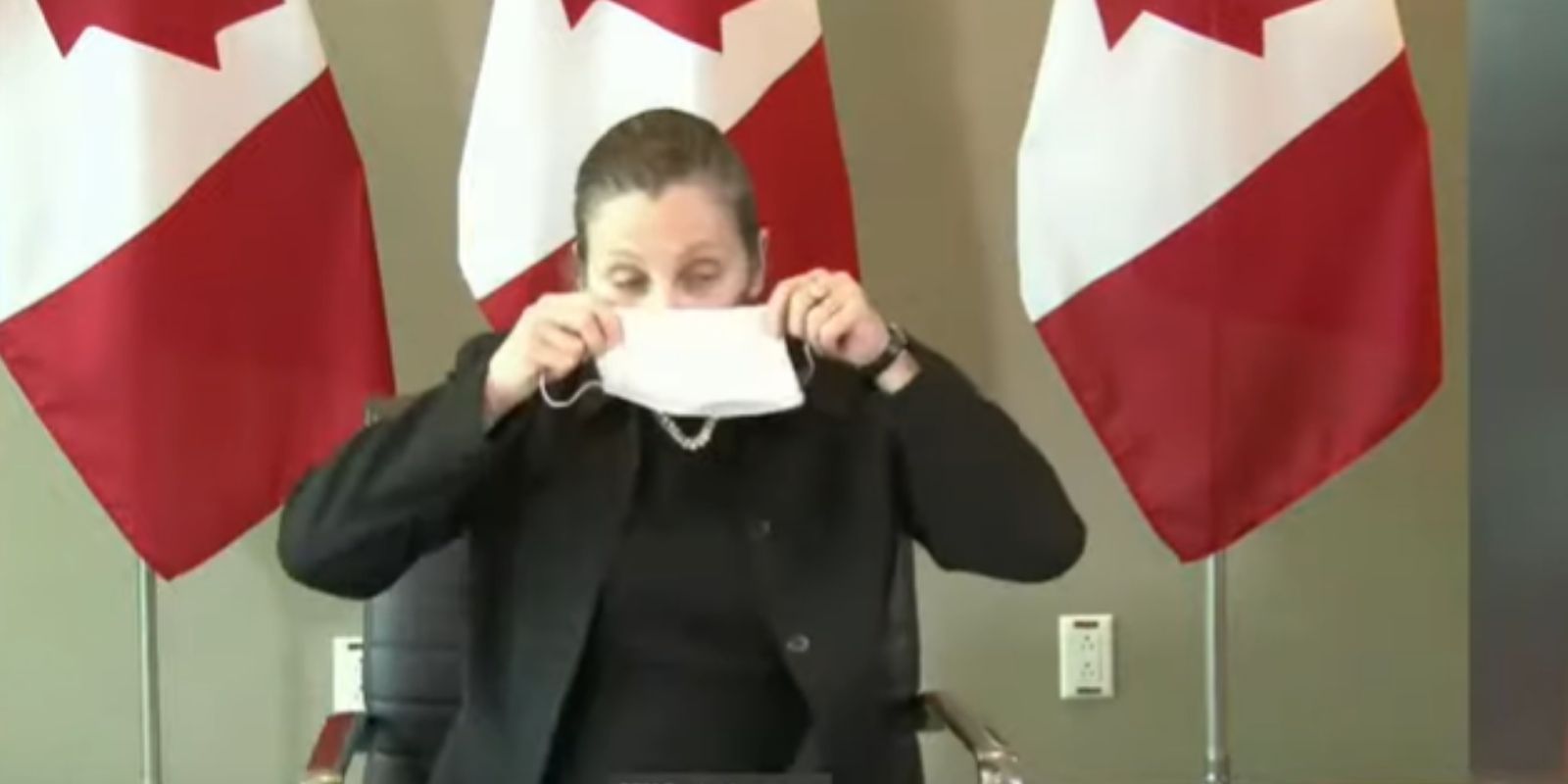 Deputy Prime Minister and Minister of Finance Chrystia Freeland appeared at a virtual news conference on Wednesday, where she was caught on camera, maskless, for one minute.

Freeland notices that she's on camera or that the event is about to start, puts her mask on, and then removes the mask once it was her turn to speak, just 20 seconds later.

Incidents such as this have been committed before. DOJ Public Affairs Deputy Director Marc Raimondi, who was caught putting on his mask, just seconds before taking it off once again on stage.

Recently, Jagmeet Singh, the leader of the NDP, was caught on video sharing a hug with someone who is not a member of his household. He and the other individual were both unmasked.

This incident took place just weeks after Singh told media that he believed there was a link between anti-maskers and the far right.