WATCH: Doocy grills Jean-Pierre over why majority of Americans think nation 'on the wrong track'

"Why do you think it is that 88 percent of people in this country polled by Monmouth think the country is on the wrong track?" Doocy asked. 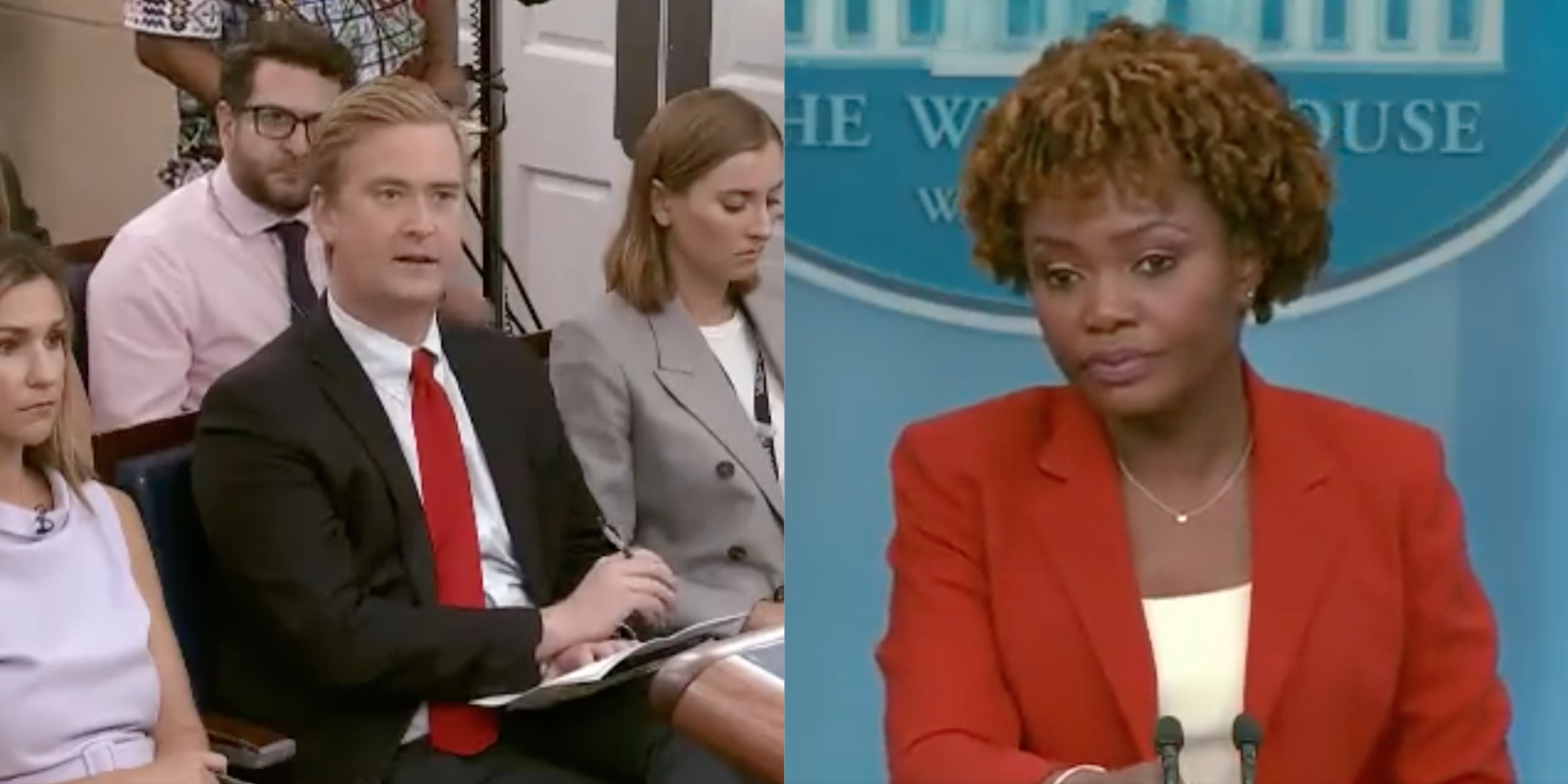 A new poll from Monmouth University surveyed Americans on their perceptions of the Biden administration and the current state of affairs. It found that nearly 90 percent of Americans think the country is "on the wrong track."

"Why do you think it is that 88 percent of people in this country polled by Monmouth think the country is on the wrong track?" Doocy asked.

"I'll say this," Jean-Pierre replied, "the president understands what the American people are going through."

She stated that Biden understands the people's frustrations with high gas prices, and proceeded to blame it on "Putin's tax hike," and the war in Ukraine.

"The food cost has skyrocketed," she continued, "and that's why the president has done everything that he can to blunt those high prices."

"That's why he's tapped into the strategic petroleum reserve ... that's why he's doing the home-grown bio-fuels, the Ethanol-15, making that available this summer."

"We have a plan," Jean-Pierre stated, before launching into an unprovoked attack on Republicans.

"Republicans do not have a plan," she said, "what they wanna do is take away rights from the American people."

According to the poll, the Biden administration's efforts to "understand" what the American people are going through is not enough. A full 58 percent of respondents said they disapprove of the president's performance, with most citing economic woes such as inflation.

Over half said they felt the Biden administration was having a negative impact on the biggest issues facing the nation.

The poll also found that 42 percent of Americans are "struggling" to remain where they are financially, nearly double the number from 2021.