WATCH: Fauci shocked to find that people think he is an 'impediment to public health' 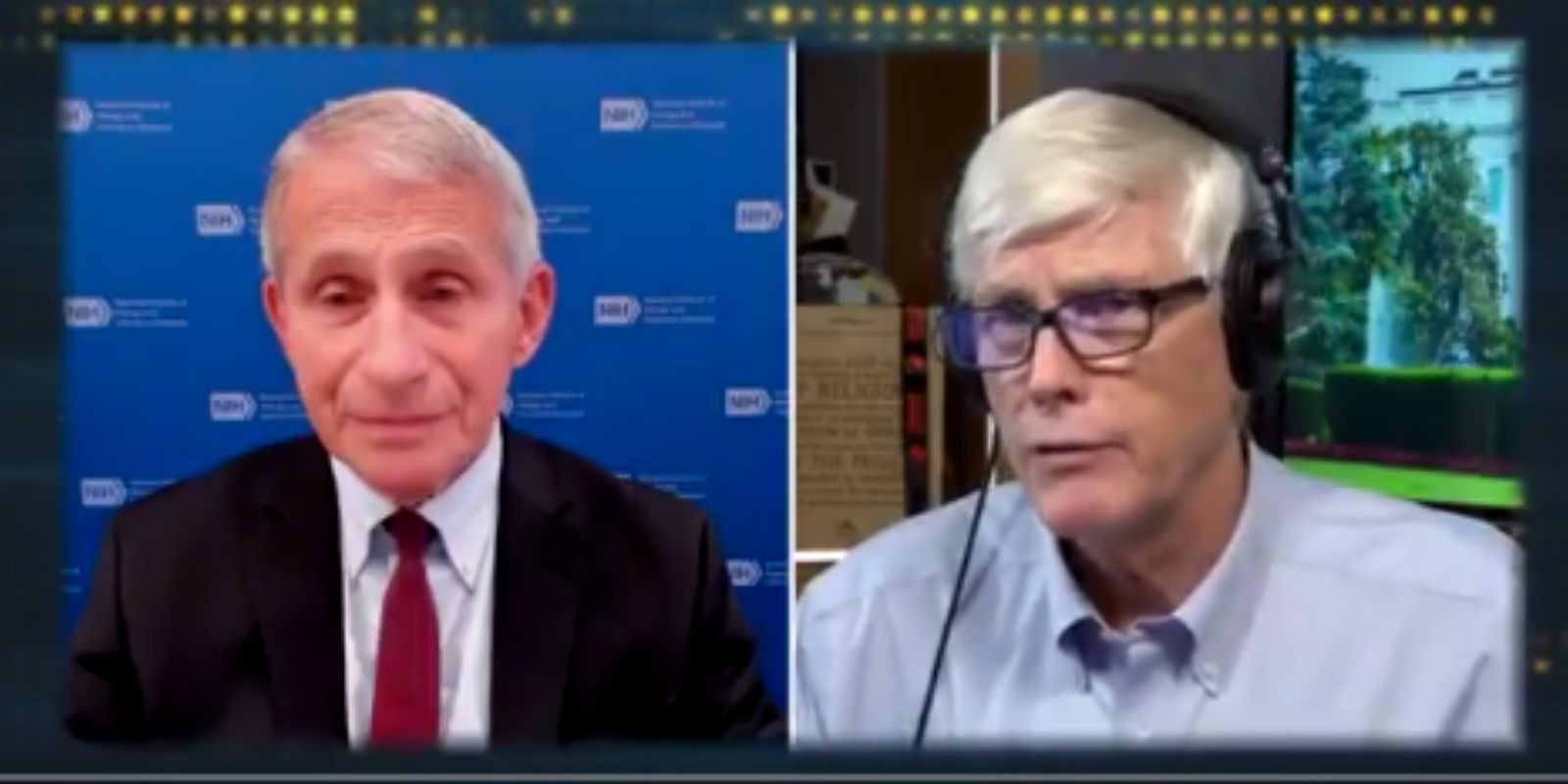 Hewitt confronted Fauci with the CDC's pause of the distribution of the Johnson & Johnson vaccine, and what was called the "noble lie" wherein Fauci said masks weren't necessary for the public, ostensibly to make sure healthcare workers had access to them, and then reversed course and said everyone should mask up.

"Is there a point where you will say, 'I do more harm than good because people don't listen to me anymore,' and step aside?" he asked.

"When you have an evolving situation and data are rapidly evolving in something that is unprecedented and unknown, you have to evolve with it and look at the data as it exists now and make to the best of your ability a decision, a recommendation, all the kinds of things that go into the evolution," Fauci said.

Hewitt said that he "gets it," but that the real issue is more Fauci's credibility.

"It's just a fact that Tony Fauci," Hewitt said, "not the guy I'm talking with but Tony Fauci—the person in people's minds, is now an impediment to public health because people won't listen to you."

"They actively reject what Tony Fauci says," Hewitt went on, "for reasons which are complicated… but can you accept that if that's just the fact, you ought to respond to it and say 'Mr. President, I think my time is up as a successful and effective spokesperson?'"

"You know, with all due respect," Fauci replied, "I just completely disagree with that premise because there are an awful lot of people who do listen, who do the right thing from a public health standpoint."

"So, because there are a lot of people who have ideas of conspiracies and changing minds and flip-flopping, that's not a reason to step down. Not at all," Fauci said.

"I'm trying to explain to you the truth," Hewitt pressed. "I got vaccinated because of you, but there is a large segment of the American people that doesn't trust you now and that can't be undone. So I want you to be able to speak to them. I know your heart, I know your public service, but if you're an obstacle to getting vaccination rates up, should you step aside?"

"So people are saying," Fauci responds with an air of disbelief, "'I'm not getting the vaccine because Dr. Fauci is in the government.' Are you kidding me?"

"I'm saying people see you coming on and they turn off the channel because they don't like you whereas if a new face arrives, a new younger face … if a new person shows up, I think we're more effective," Fauci said.