"He's raising money from people in the middle of a pandemic in a joblessness and eviction crisis right as he was planning a multimillion dollar birthday bash at his $12 million estate, which is his second weekend home on Martha's vineyard." 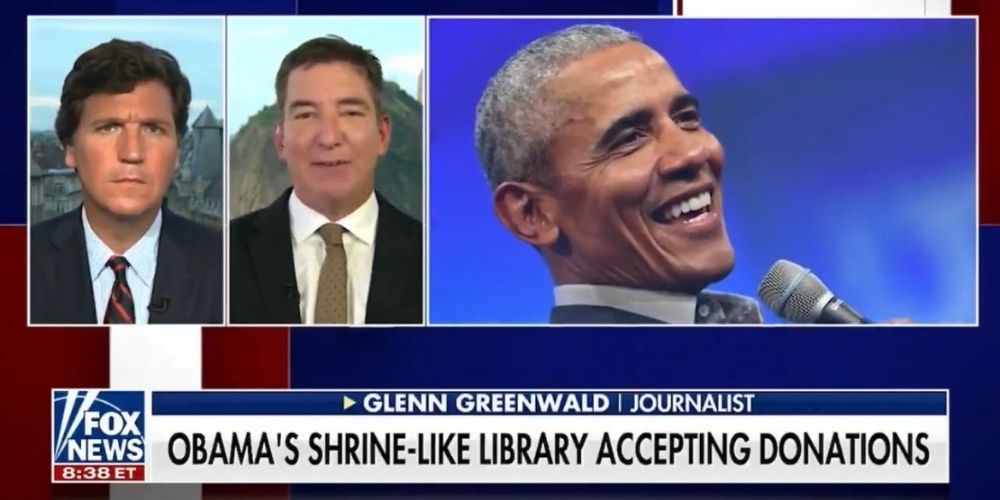 "He's raising money from people in the middle of a pandemic in a joblessness and eviction crisis right as he was planning a multimillion dollar birthday bash at his $12 million estate, which is his second weekend home on Martha's vineyard. It is, as you say, the ethos of neo-liberalism. Leaders get rich at the expense of everybody else," Greenwald said.

Carlson and Greenwald went on to slam former Obama adviser Valerie Jarrett who took to twitter to ask for $60 donations towards the lavish Obama Presidential Center that is being built in Chicago despite the former President's extravagant net worth.

"Traditionally the ruling class has been very reluctant to be so flamboyant about their abuse of power and their accumulation of wealth, because that can create a lot of instability in the society when people know the extent to which they're being exploited and abused," Greenwald continued.

"They've generally been more humble about it or tried to hide it, but here's Obama throwing this enormous party. Steven Spielberg was coming. Pearl jam was going to play. And then you have Valerie Jarrett, his lifelong aid saying, 'hey, reach into your pocket and give us money to build a shrine to Obama.' At some point, the question is how long is the population going to tolerate," Greenwald added, firing back at wealthy politicians exploiting citizens for more wealth accumulation.