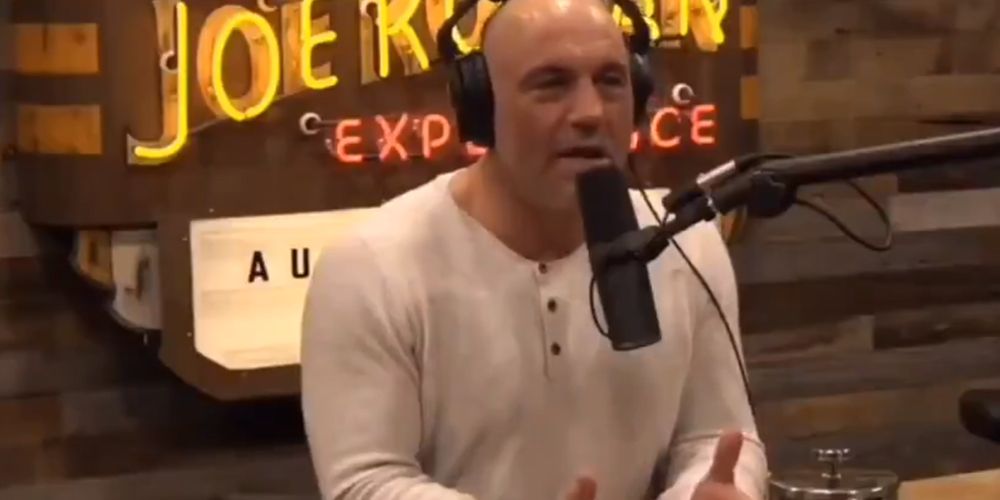 In the April 28th episode of the Joe Rogan show he had on chef/author Matty Matheson. At one point in the nearly three-hour long conversation, Rogan shared his feelings about Canada locking themselves down again.

“Canada is f*cked right now. They’re so locked down and I don’t understand why they think that’s good. I don’t understand why they think that’s the solution. What we’re doing with America in weird spots, like America has states, and each state has a different approach. And Florida has got one approach, and California has another. Opposite sides of the country. Like literally polar opposite sides of the ideologies.”

“And Florida is doing f*cking way better. I was just in Florida and it’s like nothing is happening. Like maybe you’ll get sick? Maybe you won’t. But we’re out here with no masks on, fifteen THOUSAND people in a f*ckin’ arena for the UFC fights. It was madness, it was powerful. It was really good. But I’m like hey guys take your vitamin D, sleep, drink water, let’s go.”

It's then Rogan goes for the finishing blow.

What Joe Rogan is referring to are recent stories like when a video of an Ontario Provincial Police officer went viral after he was seen pushing a kid off his bike. The youngster failed to show ID when asked, causing a pushy escalation.

The guest Matty Matheson responds by calling Doug Ford a “piece of sh*t.” This is relevant given the fact that he’s Ontario’s leader who gets to dictate what’s essential and what’s not in lockdown restrictions.