McCarthy then doubled down on a statement he had made the previous day at the Republican Jewish Coalition annual leadership meeting that Omar’s “antisemitic comments that have gone forward. We're not going to allow her to be on Foreign Affairs." 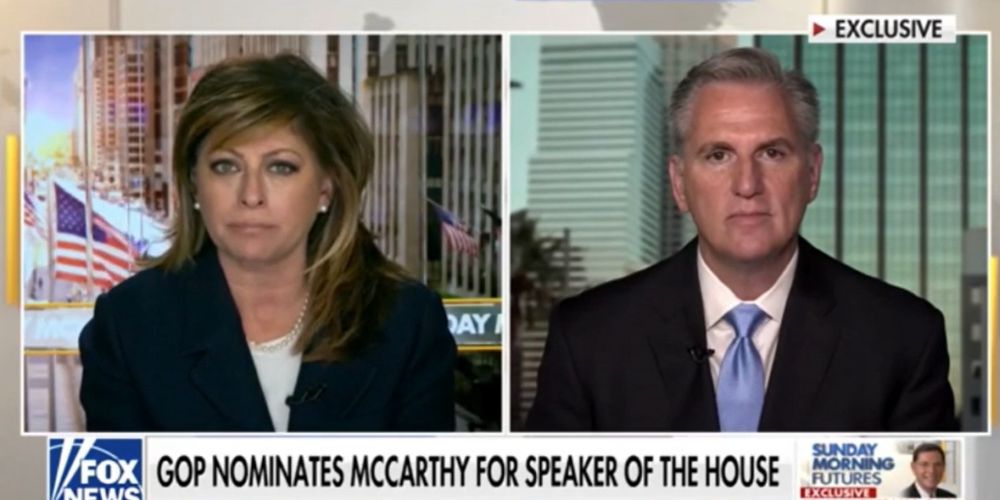 During an appearance on "Sunday Morning Futures" on Fox News, McCarthy said that Swalwell's association with a Chinese spy and Schiff’s promotion of the Steele dossier disqualify them from serving on their committees.

The presumptive next speaker of the House said, "One thing I said from the very beginning, Eric Swalwell cannot get a security clearance in the public sector. Why would we ever give him a security clearance and the secrets to America? So, I will not allow him to be on Intel."

He added, "You have Adam Schiff, who lied to the American public time and again – we will not allow him to be on the Intel Committee either.”

McCarthy then doubled down on a statement he had made the previous day at the Republican Jewish Coalition annual leadership meeting that Omar’s “antisemitic comments that have gone forward. We're not going to allow her to be on Foreign Affairs."

He continued, "But we're also going to stand up to what's happening, not just in the halls in Congress, but what’s happening to our higher education institutions, the antisemitism that's going on on these campuses and others. We will investigate that as well and stop this to make sure that America does have the freedoms that we said we would keep, and we will stand up to it as we move forward."

When the Republicans take the majority in the House next year, McCarthy will likely become the next speaker, pending a vote for the position on Jan. 3. However, McCarthy, who has been nominated to be speaker, needs 218 votes when the chamber votes in January. Republicans are projected to hold anywhere from 220 to 224 seats but Republican Reps. Andy Biggs (AZ), Matt Gaetz (FL), and Matt Rosendale (MT) have said they will not vote for McCarthy, casting doubt on his chances of securing enough votes.