"You have to believe that Ron DeSantis… if he has done anything wrong? Feels like things are creeping closer and closer to him.” 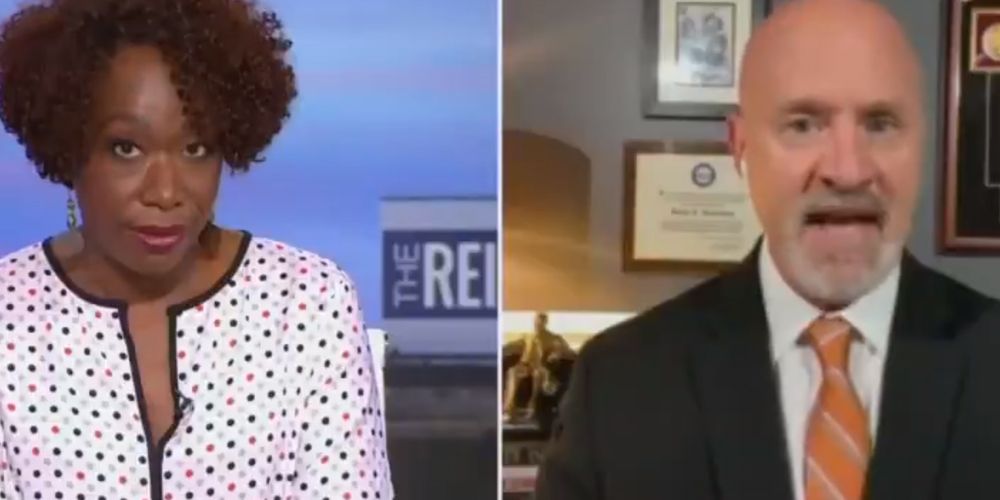 A few days ago, Project Veritas got Charlie Chester of CNN to admit that any media pressure on Matt Gaetz is convenient for the Democrats. That it's expedient for the media establishment to keep the pressure on Gaetz as a means of attack against their high-profile Republican opponents.

In the immediate it seemed like Chester was speaking hypothetically. However today MSNBC did a segment that came off exactly how Chester described.

Joy Reid and Glenn Kirschner try to connect Florida Governor Ron DeSantis to the Gaetz situation. The closest link they have is two people being investigated that had worked with DeSantis in the past.

“The question for Gaetz, because obviously Greenberg has to give somebody bigger than him, that would be Gaetz. Here is at least per the reporting, the people who were on that Bahamas trip. Notice if you see somebody’s name that rings a couple of times. It had at least five women per POLITICO, you had Gaetz, you had a guy named Jason Pirozzolo, the “hand surgeon” and GOP fundraiser to Ron DeSantis. Who apparently Gaetz wanted to turn in to the Attorney General of Florida. There’s Halsey Beshears, a former state legislator and former appointed official in the DeSantis administration.”

Now the reaching. “If you’re Ron DeSantis, does this feel like it’s creeping closer to you? Because these are your friends. These are your allies.”

Kirschner responds: “Yeah just as Greenberg’s lawyers said about Matt Gaetz when he left the courthouse, the other day? He said you know what, if I were Matt Gaetz I don’t think I’d be all that comfortable right about now. You have to believe that DeSantis… I mean these are his boys, these are his guys. Right? We’ve seen the pictures, we’ve heard the stories. You have to believe that Ron DeSantis… if he has done anything wrong? Feels like things are creeping closer and closer to him.”

This MSNBC exchange also proves the point made by Charlie Chester about how CNN and networks like them conduct interviews. Chester said that they prefer to have guests that are essentially useful idiots who take the bait on leading questions.