WATCH: Posobiec says Trump 'should be outraged' over redacted affidavit 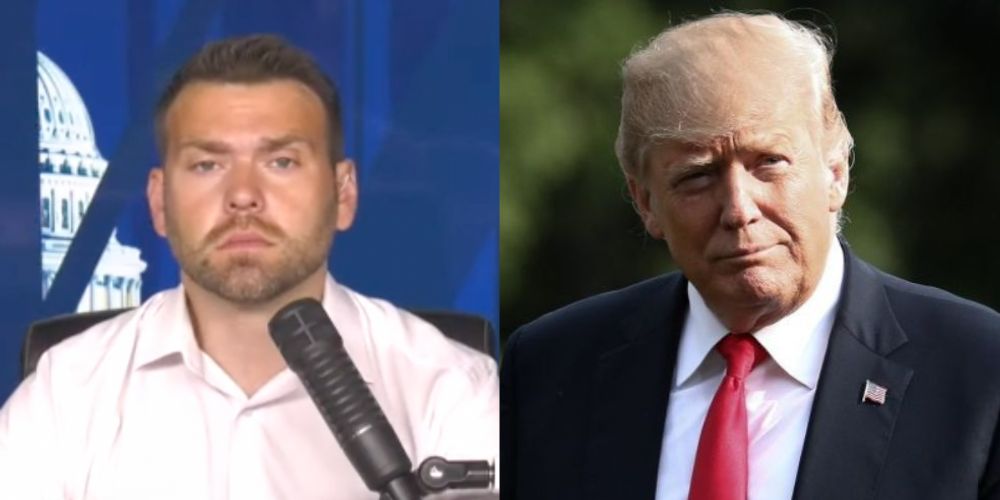 Guest hosting the Charlie Kirk Show on Friday, Jack Posobiec said "President Trump should be outraged" over the newly released, heavily redacted affidavit that resulted in a search warrant of his Mar-a-Lago residence, which the FBI raided on August 8.

"There's no probable cause here whatsoever," Posobiec said of the document. "The idea that you would take these drastic actions that put the entire integrity and fabric of our society at risk, you are tearing a hole in the very heart, not just of our Constitution, but in the very heart of the people."

The redacted affidavit begins by stating, "the government is conducting a criminal investigation concerning the improper removal and storage of classified information in unauthorized spaces, as well as the unlawful concealment or removal of government records."

Authorities had previously claimed the raid was spurred in response to Trump personally keeping documents covered under the Presidential Records Act.

Trump was in New York when over two dozen FBI agents descended upon his Mar-a-Lago estate and took several boxes of material from his Florida residence, which they claimed contained classified materials.

Trump has claimed that these documents has in fact been declassified by himself previously.

The affidavit states that the investigation began because the United States National Archives and Records Administration (NARA) sent a referral to the Department of Justice following the returning of 15 boxes of materials earlier this year. NARA believed documents were missing from a cache of material Trump sent to the agency.

According to the affidavit, "there is probable cause to believe that additional documents that contain classified NDI (National Defense Information) or that are Presidential records subject to record retention requirements currently remain at the PREMISES. There is also probable cause to believe that evidence of obstruction will be found at the PREMISES."

"We're in a place where a document dispute can lead to the shutdown or the attempted shutdown" of a political rival, Posobiec said.

On August 11, United States Attorney General Merrick Garland confirmed that he "personally approved" of the FBI raid. Biden has claimed he had no knowledge of the affair prior to its happening.

Trump has said the documents that the FBI retrieved from the estate had been declassified through a "standing order" of the former presidents that let him take classified materials from the White House to his private residence so he could work out of office.

On August 22, Judge Reinhart said that the raid was "unprecedented" and formally rejected the Biden administration's argument to keep the affidavit sealed, citing "intense public and historical interest."