"Let's make it higher, like why isn't it high enough, you know, today? Like it would make our point better if it was higher," Chester said. 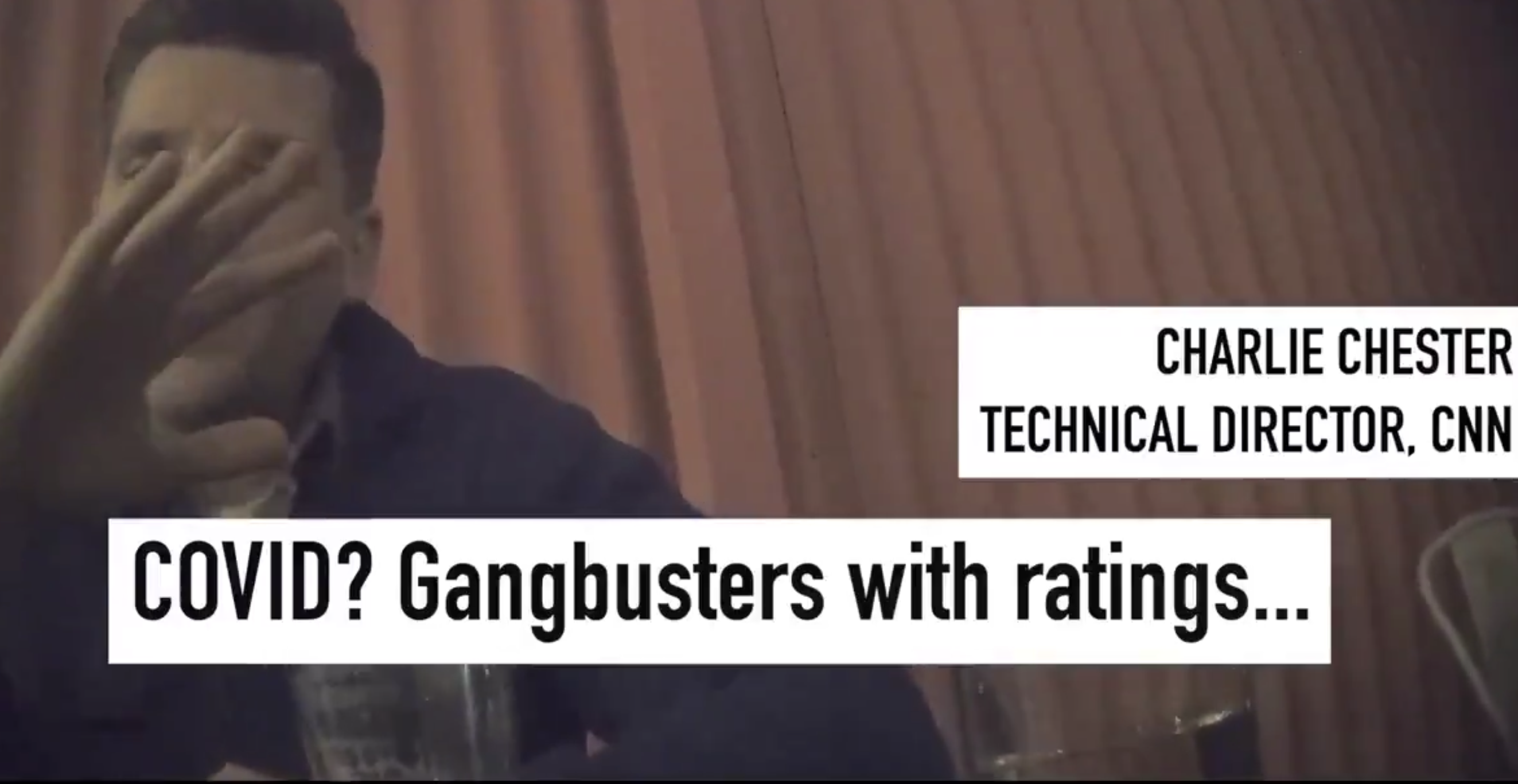 "COVID? Gangbusters with ratings," Chester said. "Which is why we constantly have the death toll on the side."

CNN placed a ticker displaying the total number of coronavirus cases and deaths both in the United States and globally during segments related to the coronavirus pandemic.

Chester admitted to wanting the death toll to be higher in order to increase the network's ratings, although he also expressed that he felt some level of shame for feeling such a desire.

"Let's make it higher, like why isn't it high enough, you know, today? Like it would make our point better if it was higher," Chester said. "And I'm like, what am I f***ing rallying for? That's a problem that we're doing that. You know?"

Explaining why CNN wanted to report a higher coronavirus death toll, Chester said "it's fear. Like, fear really drives numbers," referring to TV ratings. "Fear is the thing that keeps you tuned in.

"If it bleeds, it leads," Chester said with a smirk. "No one ever says those things out loud, but it's obvious."

Chester also admitted that CNN does not deliver unbiased news, stating that doing so would be "impossible."

"There's no such thing as unbiased news. It just doesn't exist. Any reporter on CNN, what they're actually doing is they're telling the person what to say," he said. "It's always like leading them in a direction before they even open their mouths. And the only people we will let on the air, for the most part, are people that have a proven track record of taking the bait."