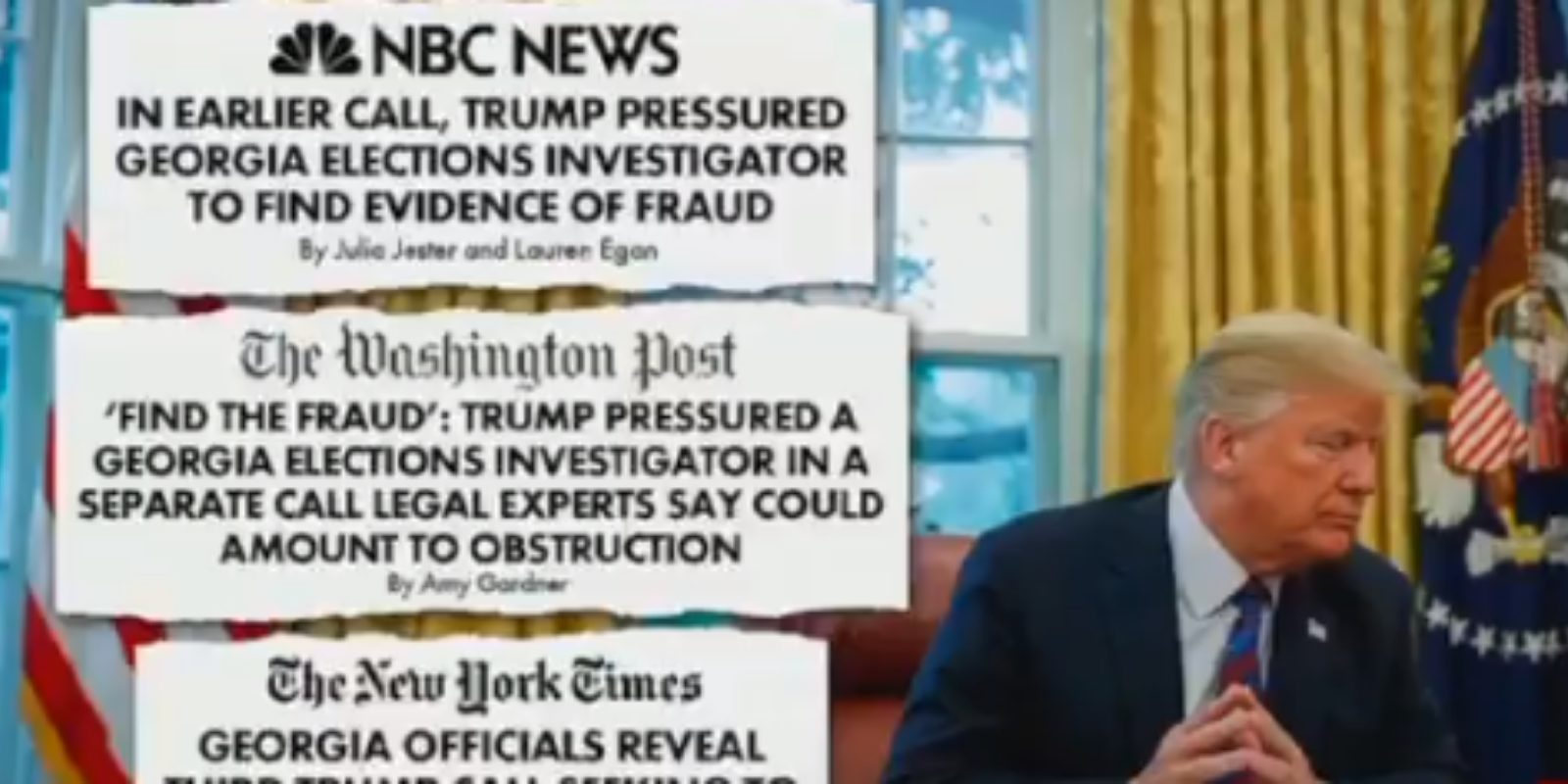 In the video, one can see very clear evidence of one mainstream outlet after the other reporting on the same story, which has now been thoroughly debunked. In fact, WaPo has had to make a public correction of the story.

Shown in the video are reporters from NBC News, MSNBC, ABC News, CNN, as well as a few local outlets. MSNBC ran different versions of the story on air on multiple occasions, including twice with panels.

Shockingly, the narrative hardly changes from cut to cut. All of them repeat "find the fraud," usually in quotes. All of them mention (falsely) that Trump told an elections official that he would be "a national hero" if he could "find the fraud." And all of journalists said that the reports were "confirmed."

So far, there have been no other retractions aside from the initial correction made by WaPo.