Trans rights groups in Olympia, Washington made their voices heard at a city hall event, as the group claimed having police present was violence. 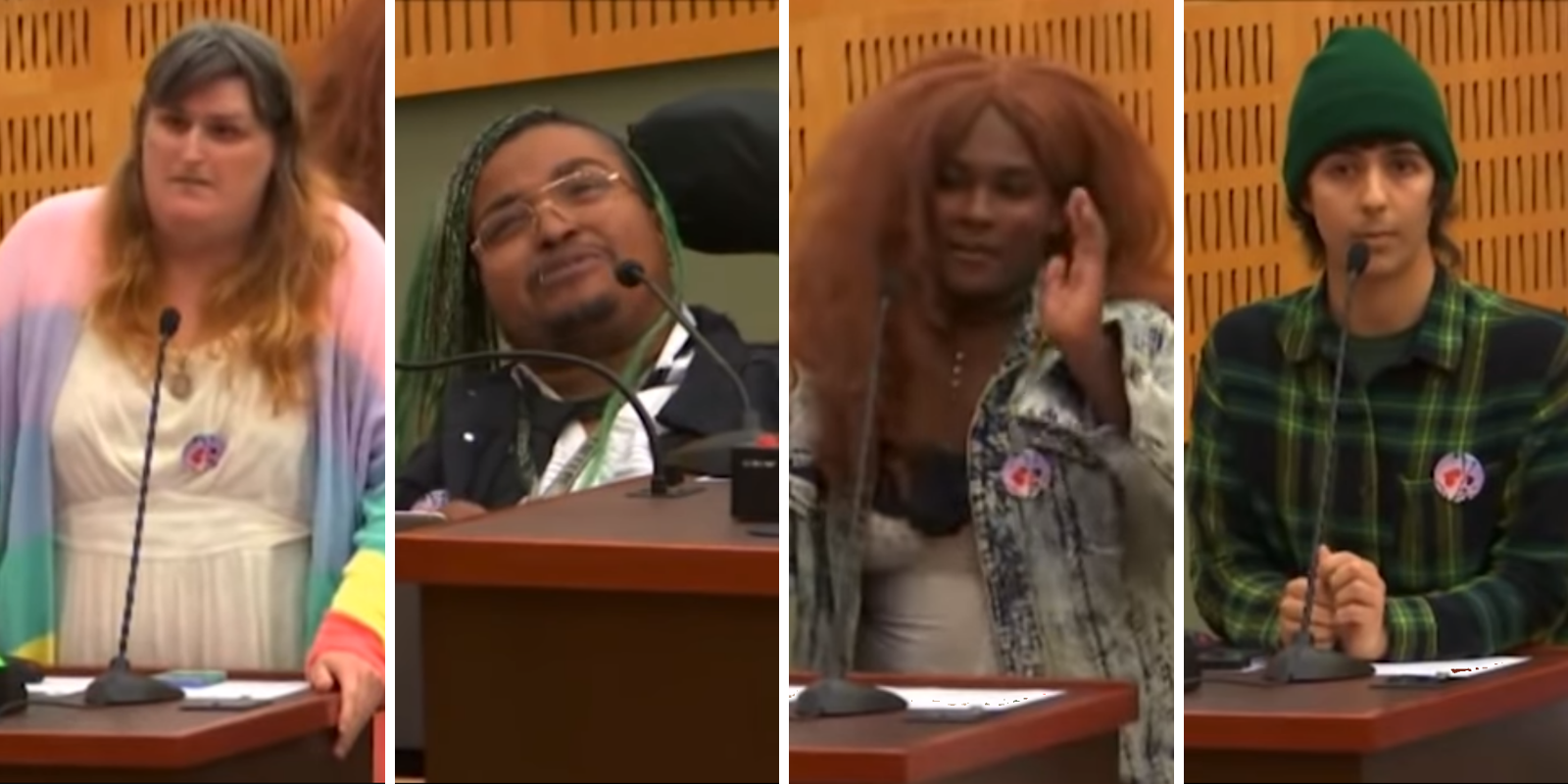 An Olympia, Washington City Council meeting proved that social justice pandering is never enough to appease those on the fringes who want to call the shots.

The meeting, which took place last month, had testimonials from three members of the local LGBTQ community. Although the city was honouring Trans Day of Remembrance, not all in the community felt as though the gesture was enough, and that the city was actually doing more harm than good by having a police presence in the building.

“I am profoundly ashamed that city hall is willing to sponsor a trans day of remembrance in a building that has police,” said trans activist Amy Heart who is male-to-female transgender to the city council, contesting that city hall was actively disrespecting trans people by having officers in the government building.

Following Heart’s heartfelt time at the podium followed another LGBTQ activist, Lawrence Walker. Walker opted to use more colourful language at the podium.

“I am a person that values hearing out people’s pain, and talking to their hearts, and I feel like the people here at city hall, you don’t do that,” stated Walker. “You f*ck with people’s hearts.”

Walker was told by Olympia Mayor Cheryl Selby to refrain from using foul language, as city council meetings are broadcasted citywide into people’s living rooms, where there could potentially be children watching.

Walker manages to use Mayor Selby’s objection to justify her initial point.

“My point is, like, like, you didn’t care what I just said,” Walker told the city council, “which proves my point. You’re not listening to my frustration and pain having to deal with people like you who are worrying about what I’m saying, instead of like, or how I’m saying it, instead of what I’m saying,”  Walker claimed.

“Just like, the illusions of this meeting. Like, this shit’s nice, right? You get people in a room, they come to you with their problems, you say you care but you don’t really do anything about it,” the activist accused. “We go home, we come back again, there’s no solutions.”

This instance is far from the first in which trans and other queer activists have pushed to remove police from there events. Namely in the city of Toronto, where police were excluded from pride parades, against city mayor John Tory’s wishes.

Mayor Tory had publicly expressed on several occasions his desire to have both sides come to a compromise, going so far as to say that he was “deeply disappointed” with the outcome of the 163-161 vote to exclude Toronto Police from Pride.

Toronto Pride and the Toronto Police haven’t met eye-to-eye for years, namely due to the city’s handling of serial murderer Bruce McArthur, a man who murdered eight LGBT people in Toronto’s gay village.

LGBT communities have long advocated for police to be removed from their spaces. As Teen Vogue put it, “police are often not welcome at Pride parades because of a history of violence against the LGBTQ community.”

The United States has long being a beacon of LGBT rights and safety in the modern world. It’s now only radical ideologues within the LGBT community that still refuse to admit this as a fact and instead insist on removing those who opt to protect and serve from their spaces, all to feel safer.