With the sounds of truck horns whaling in the background, about a dozen protestors are seen on video playing, with several bystanders watching on. 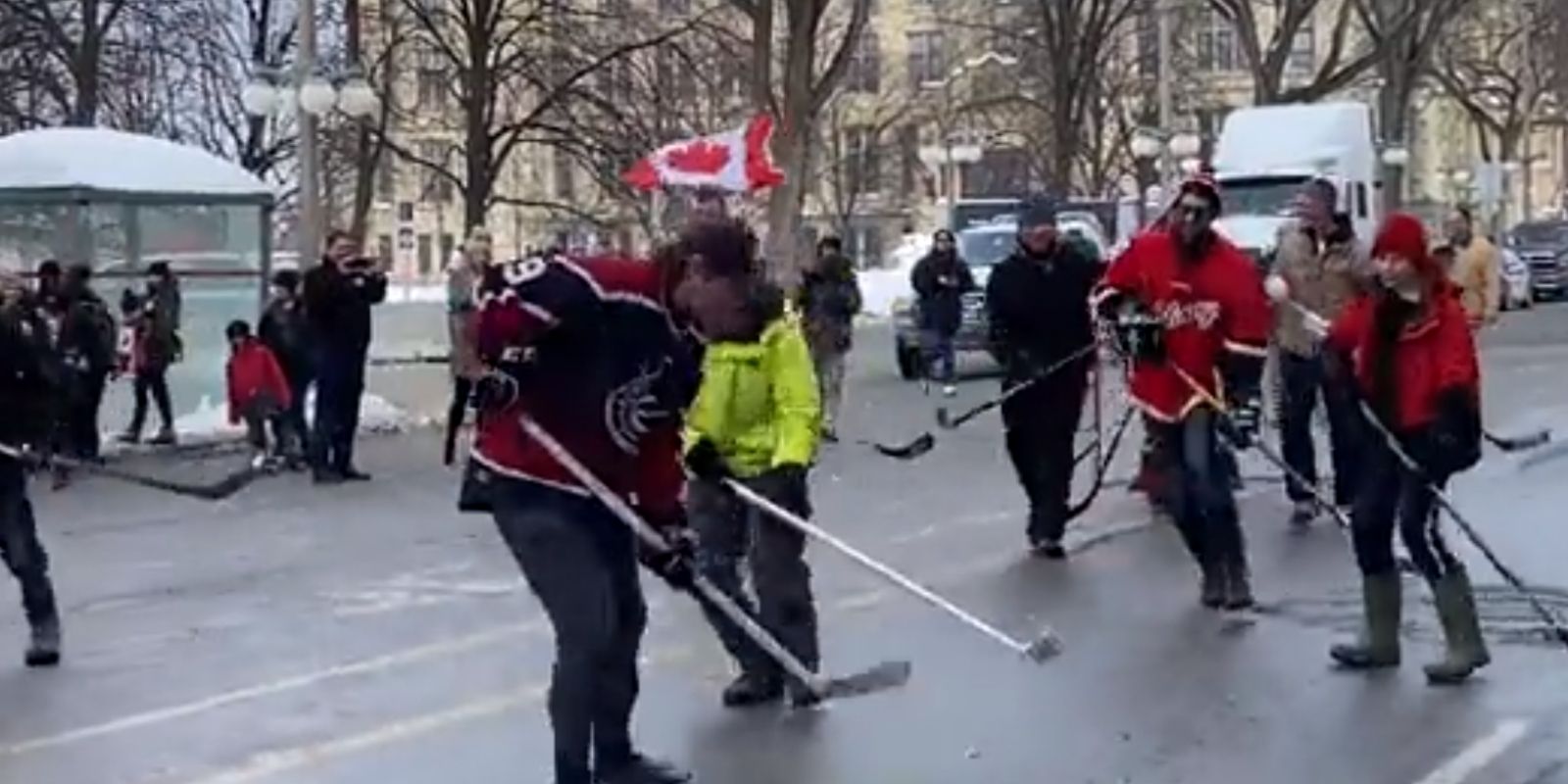 Truckers in Ottawa decided to play a game of pick-up amidst their trucks, in what has been called "a beautiful and uniquely Canadian form of protest."

With the sounds of truck horns whaling in the background, about a dozen protestors are seen on video playing, with several bystanders watching on.

The truckers are in Ottawa to protest mandates in Canada.

Canada's public sector require vaccination, and Canadians must also be vaccinated to board on a plane or train, including those en route to another country.

Provinces also have vaccine passport systems, wherein Canadians must prove that they're vaccinated in order to enter different types of businesses.

A national survey conducted by Maru Public Opinion recently found, however, that a majority of Canadians believe that truckers should be allowed entry into the country without a COVID vaccine.

The polling found that just 36 percent said truckers need to be fully vaccinated to enter.

Another poll recently released shows that, for the first time, Canadians want any and all COVID restrictions to end completely.

The poll found that 54 percent of those surveyed claimed that all restrictions should be lifted. This is up sharply from the last time this poll was taken at the beginning of Jan. 2022, when 40 percent agreed with the same statement.