"I am the guy that pulled the baby over the wall, and it's definitely probably one of the greatest things I've done in my entire life," the Marine said at the Trump rally. 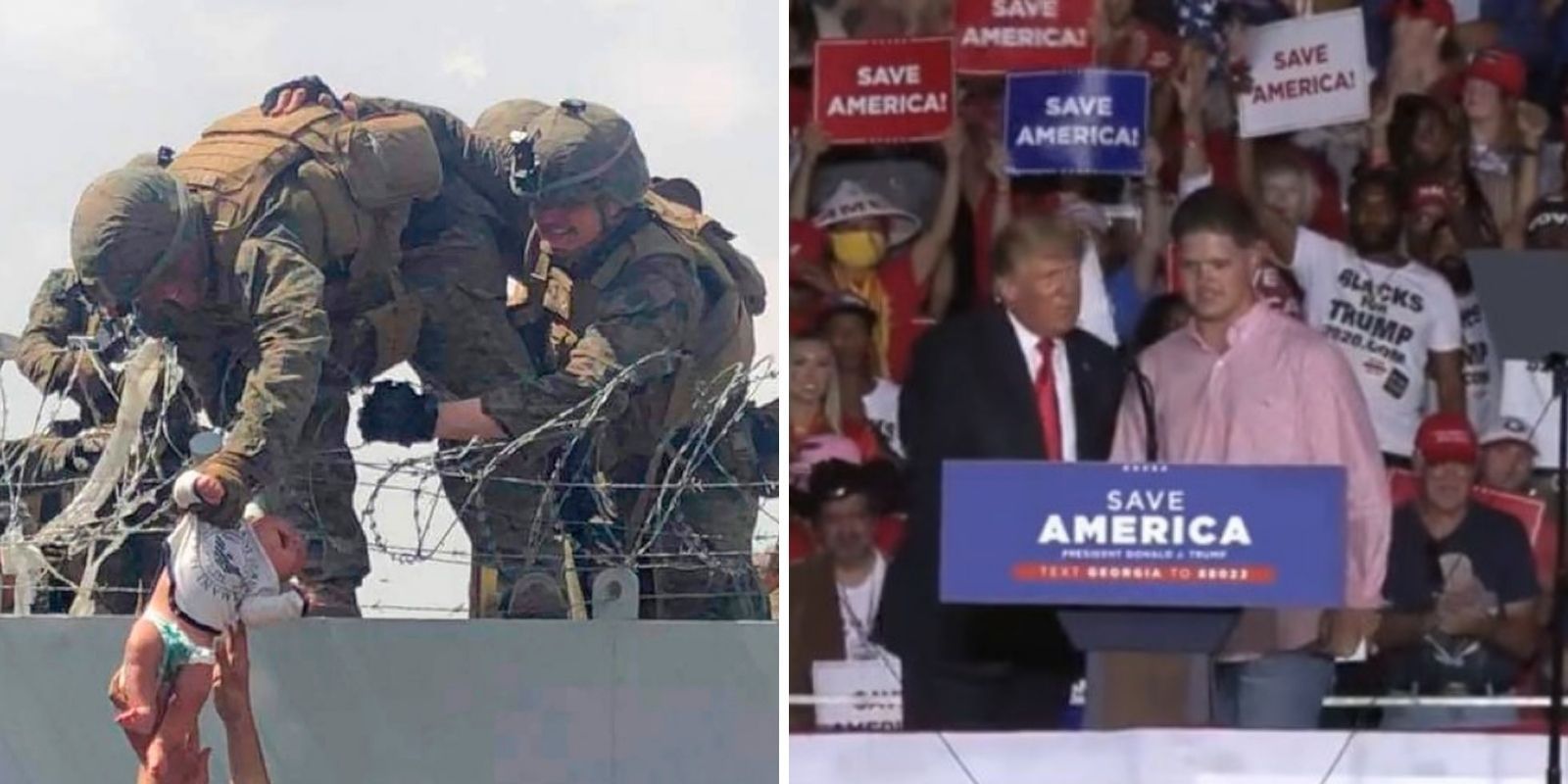 At a massive Save America rally held on Saturday night in Georgia, former President Donald Trump invited the Marine who famously saved a baby in Kabul on Aug. 19 onto the stage to speak alongside him.

"You saw him, he did a great job, Lance Corporal Hunter Ian Clark. Lance Corporal get up here!" announced a beaming Trump as the Marine made his way up the stairs to the podium before the audience of Trump supporters.

The explosive rally featured 13 front-row seats of honor with roses on them, in memory of the 13 service members killed at the Kabul airport during a surprise attack in the middle of the US withdrawal of troops from Afghanistan.

Trump labeled the Biden administration's chaotic exit from Taliban-controlled Afghanistan "the most appalling display of incompetence by an American president," further stating that the current president "humiliated" the nation.

"Hey, my name is Lance Corporal Hunter Clark, and I'm here from Warner Robbins, Georgia. I am the guy that pulled the baby over the wall, and it's definitely probably one of the greatest things I've done in my entire life."

"I just want to thank all the support from all y'all. It really means a lot and I'm glad to be home now," continued Clark, appearing to be holding back tears. He then shook Trump's hand and walked offstage to continual shouts of "USA! USA! USA!" from the numerous rally attendees.

Trump continued, referring to the reserved seats with roses on them:

"In their memory tonight we have 13 empty seats of honor right here in the front row. Our hearts go out to the families of every service member that we have lost, and I've spoken to a lot of them. These are great, great people."