"We reached out to the NOPD," Carlson added, "they said drag brunches are 'essential to their mission'." 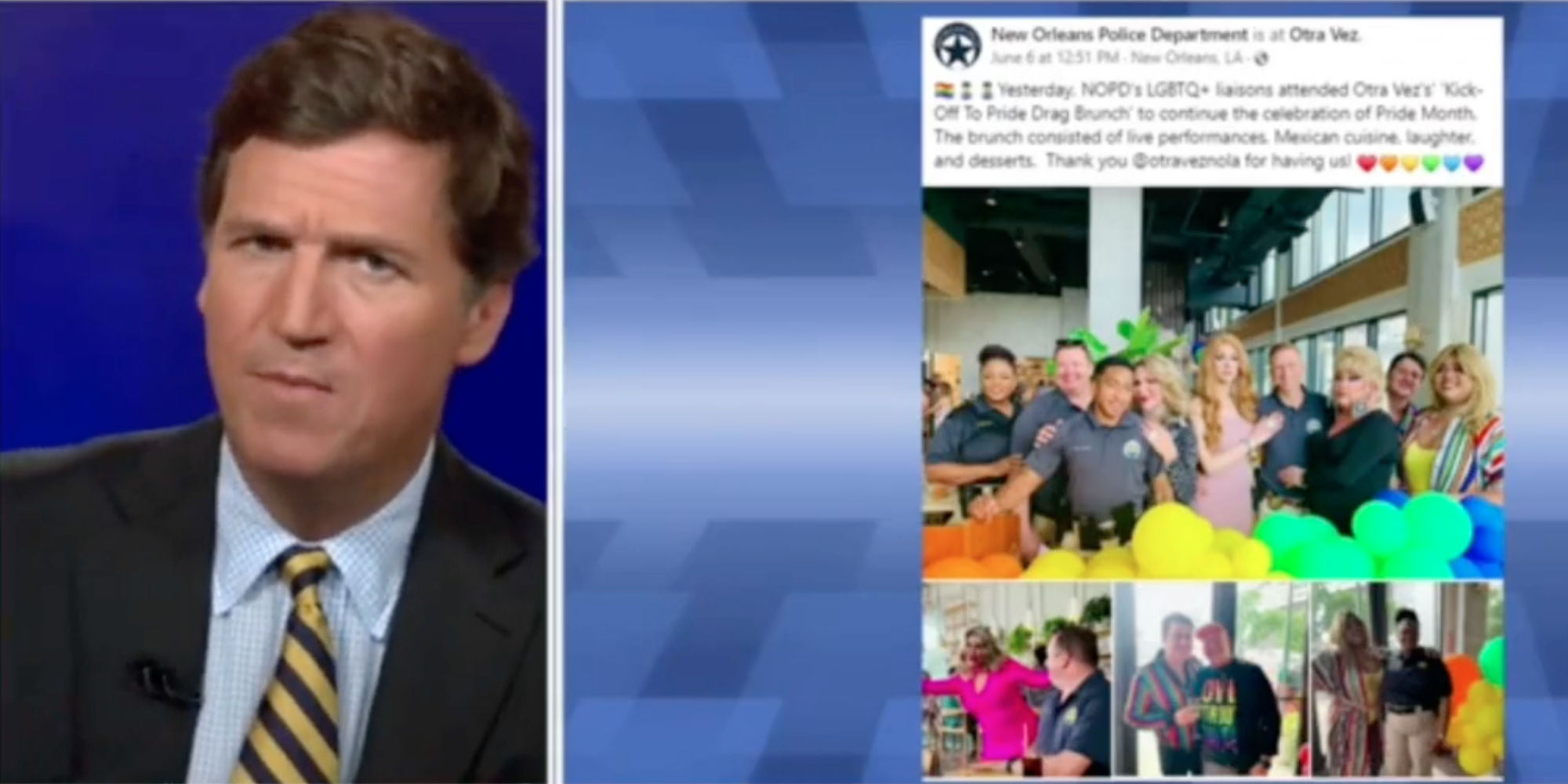 Crime is on the rise in New Orleans, but the NOPD still found time to attend a drag brunch and post about it on social media.

On Wednesday night's episode of his show, Tucker Carlson slammed the department, and pointed out how Democrats continue to fail when it comes to keeping Americans safe.

Carlson began by celebrating the successful recall of San Francisco District Attorney Chesa Boudin, who was ousted on Tuesday after residents had had enough of his soft on crime approach.

He warned that Boudin was only one of many Democrat district attorneys across the country with similar ideas, and that the others still have power.

Carlson took aim at New Orleans DA Jason Williams in particular. "Under Williams," he said, "the homicides in the city were up eighty percent last year; so far this year they're up forty-six percent."

"So what are the New Orleans Police doing about this?" Carlson asked after showing a video wherein a group of men brandishing handguns and rifles stood right downtown in the middle of the day.

"We checked their Facebook page; we didn't see anything at all. No arrests had been made, they don't care. What've they been doing? Well, New Orleans Police Department officers were busy attending something called a drag brunch."

"We reached out to the NOPD," Carlson added, "they said drag brunches are 'essential to their mission'. They wouldn't tell us if officers were on drag queen duty during the incident you just saw in the video."

According to the post, "NOPD's 'LGBTQ+ liaisons' attended Otra Vez's' 'Kick-Off To Pride Drag Brunch' to continue the celebration of Pride Month."

"Why do you keep embarrassing the good people of New Orleans," one comment read, while another said, simply, "Wow. Should have been doing their job."

As FOX8 reports, residents of New Orleans blame officials for the city's rising crime levels, and feel helpless due to inaction from those in power.

One city councilman suggested that things have gotten so bad, that it may be time to bring in the National Guard.